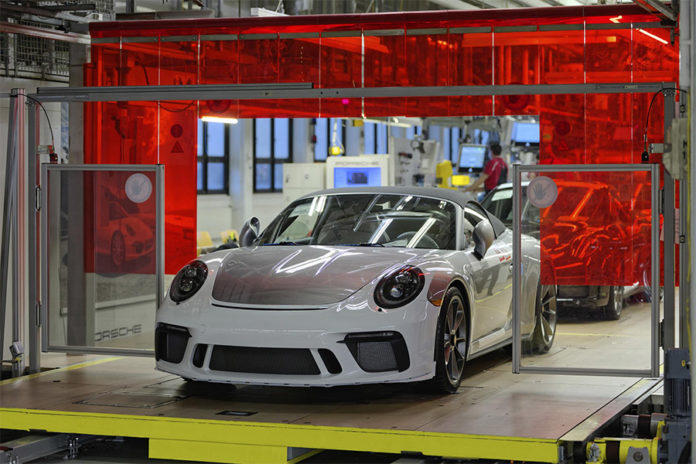 Pioneer, millionaire, and bestseller: the 991 series has been the most comprehensively developed generation of the 911 to date – and the most successful too, with 233,540 units produced. The final specimen has now rolled off the production line: a 911 Speedster bound for the US Market.

Michael Steiner, Chief Research and Development Officer Porsche AG has commented: “Porsche stands for both tradition and innovation. This is reflected nowhere more clearly than in the core of the brand – the 911. The 911 replaced the 356 in 1963 and, in the decades that followed, our rear engine model grew into an unrivalled sports car icon. The 991 generation in particular has set new standards in terms of performance, drivability and efficiency. It fills me with pride, as well as a touch of sadness, to have to send it off into retirement. For myself, I can say that the 991 has given me enormous pleasure.” 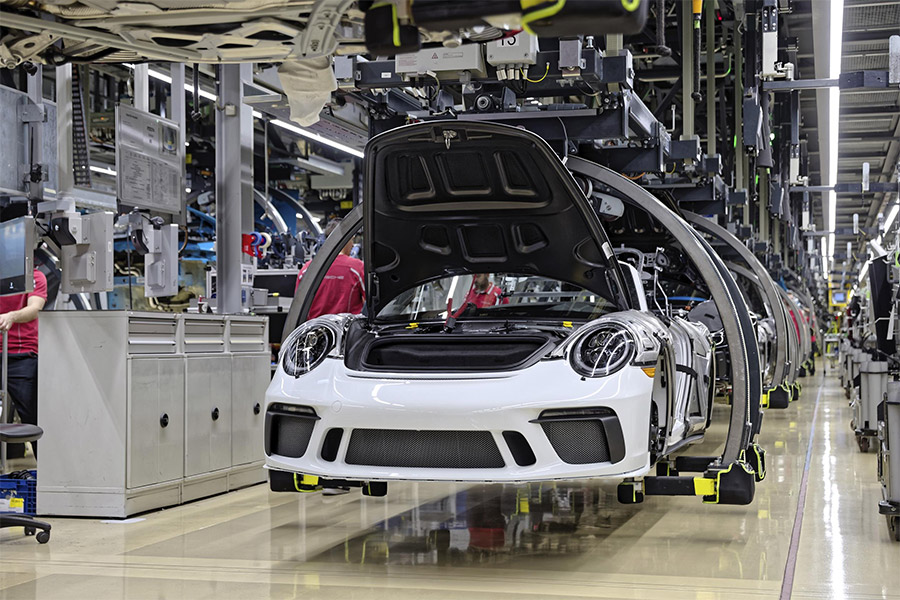 The 991 generation was launched in 2011 as one of the biggest development steps in the history of the 911. Nearly 90 percent of all components were newly designed or had undergone substantial further development. Thanks to a lightweight body made of an innovative aluminum-steel composite, it was the first time that a new 911 had weighed less than its predecessor. The chassis, which benefited from a 100 millimeter longer wheelbase than the model that it replaced, could be equipped with a new, optional roll stabilization system – Porsche Dynamic Chassis Control (PDCC) – and set the benchmark in terms of driving dynamics. The Cabriolet followed in the spring of 2012 with another innovation. When closed, the lightweight magnesium bows made it possible to achieve a coupe-like curve of the roof that had never been seen before, and with a silhouette that was retained even at high speeds. The new 911 Targa, which came out at the end of 2012, was equally spectacular. Like the legendary original Targa, the new model had the characteristic hoop running the width of the vehicle. At the push of a button, however, the top section of the roof could be moved automatically and stored in the rear of the vehicle.

The host of innovations continued in the 911 Turbo, which saw the first active aerodynamics and particulate filter-equipped turbo engines on any 911 Carrera model.
The 991 generation also proved the ideal basis for special models and radical sports cars. Porsche celebrated the 50th anniversary of its cult sports car in 2013 with an exclusively equipped limited edition model, of which only 1,963 examples were built. In 2016, the 500 horsepower naturally-aspirated 911 R evoked memories of the road-approved 1967 racing sports car of the same name. Two other purist sports cars with classic predecessors made their debut in 2017: the sporty 911 Carrera T and the 911 GT3 high-performance variant with Touring Package offer. The one millionth 911 was also built as part of the 991 generation: like Ferry Porsche’s first company 911, the not-for-sale commemorative model was painted in Irish Green and boasted leather and Pepita seats. In the same year, Porsche Exclusive Manufaktur presented the 911 Turbo S Exclusive Series with 607 horsepower and spectacular Golden Yellow Metallic paintwork. 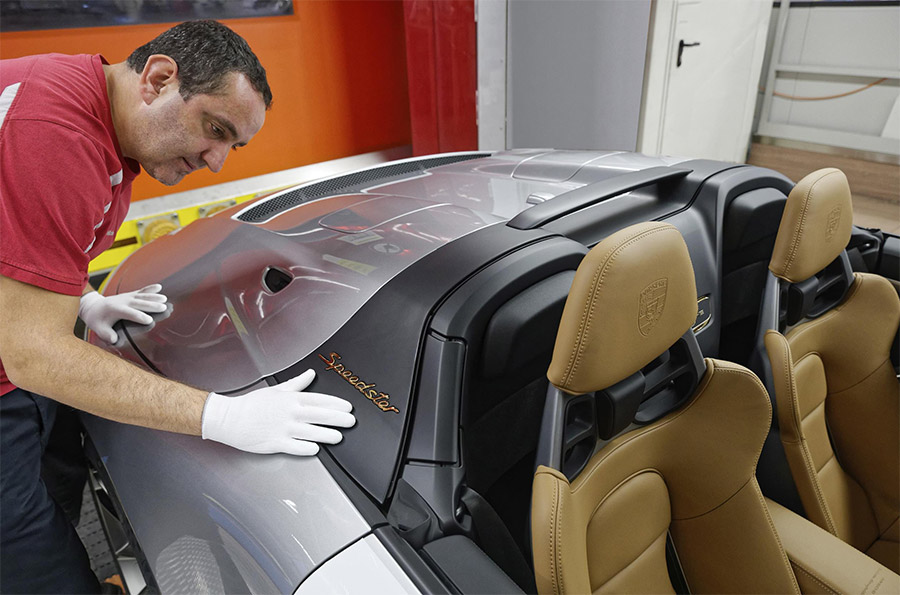 And there was more to come: The fastest and most powerful 911 racing technology ever seen in a production road-going 911 appeared in 2017 in the form of the 700 horsepower 911 GT2 RS. Its naturally-aspirated sibling followed a few months later. The 911 GT3 RS had a racing chassis and a 520 hp four-liter naturally-aspirated engine, perfectly combining road and racetrack.

Right on time to mark the 70th anniversary of Porsche sports cars, the 911 Speedster embodied the original virtues of Porsche: lightweight construction, efficiency, purity and driving pleasure – delivered by a 502 horsepower four liter naturally-aspirated engine, manual six-speed transmission and high-performance sports chassis. The two seater was not just the last derivative of the 991 generation; it has now also become the last model of the series to be manufactured. Like its ancestor and archetype, the 1948 Porsche 356 No. 1 Roadster, it will become an ambassador of the brand.

Upcoming Porsche 911 (964)-Based Creation will Mark a Number of Firsts for Theon...