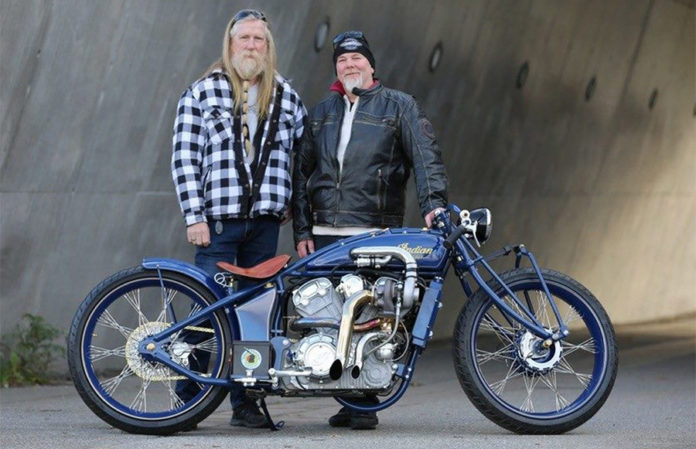 Anders Lundgren and Lasse Sundberg have built this incredible Super Scout and the pair say it’s a tribute to the Swedish co-founder of Indian, Oscar Hedström.

When asked what it’s like to ride Anders smiles and says: “It feels amazing, like you have moved back to the 1920s with a rocket between your legs.” 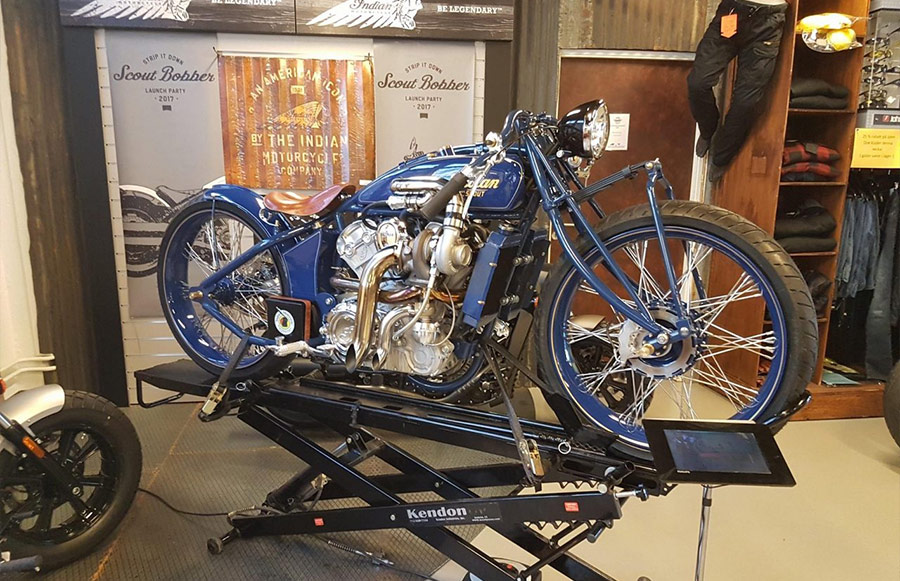 Featuring a water-cooled Garret 25 turbo, the Super Scout was built during 2017 in their Stockholm workshop and now makes 150 to 200hp at the rear wheel depending on the boost pressure.

Anders says: “We wanted to build a bike that was related with the Indian history of board track racing and at the same time included the new era of technology that Indian stands for today. The Scout model was the perfect choice and we came up with the name Super Scout to honour the old Scout models that were almost unbeatable on the race tracks.” 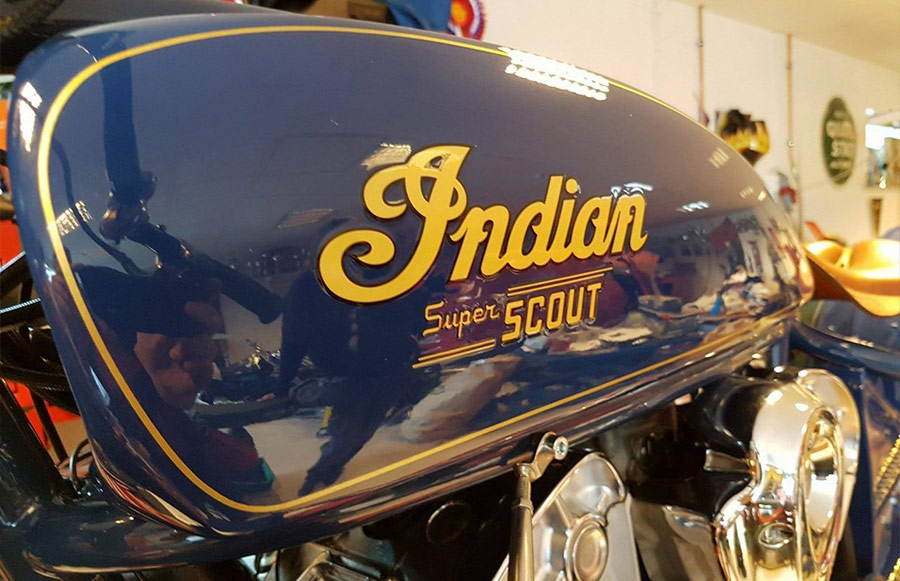 The engine, fuel pump, headlamp and shifter pedal are from a modern day Scout, but the frame is a one-off built from three sections. Lasse Sundberg (from Roth Engineering) built the frame up in-house and says it was the most difficult part of the build, surprisingly even more tricky than the fitting the turbo.

The Garret 25 turbo itself has an external wastegate (wait until you hear it) and boost control. The headpipes and downpipes to the turbo and the wastegate are all in stainless steel and fitted as tight as possible to the frame so to not interfere with the slim lines of the bike. 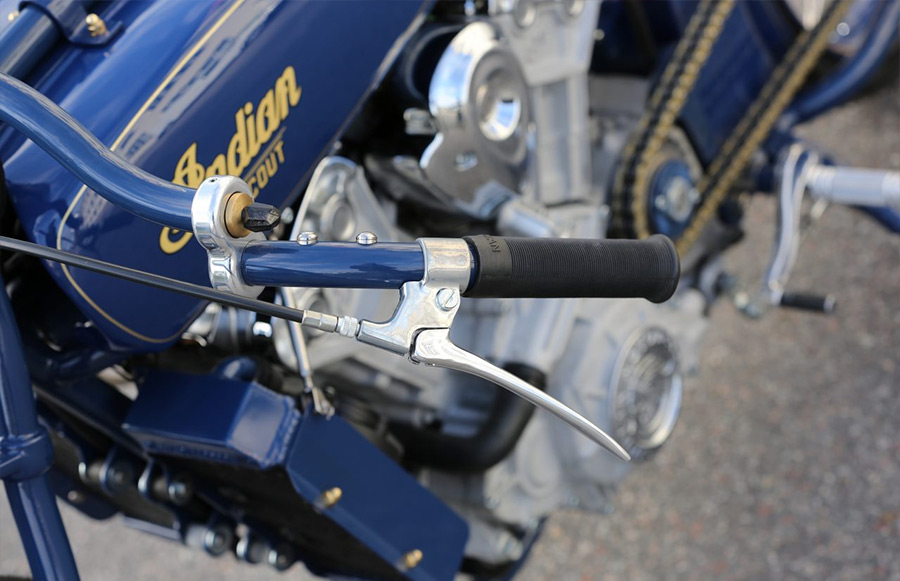 Anders explains the rational behind mounting the turbo: “We wanted to give the bike some extra boost of power and to also show that we can combine an old school look with modern technology.”

The Super Scout has some seriously impressive electrics too. Anders fitted a fully programmable ECU and there is a key fob system with Bluetooth for monitoring engine data and tuning the ECU via an iPad. 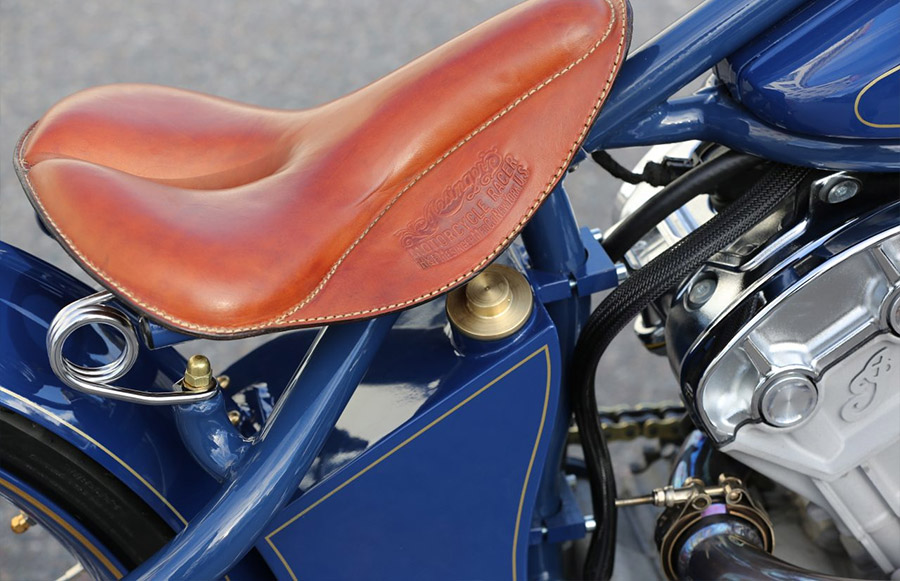 The amazing paint job is by Pobben’s Colour & Custom in Hagfors and the colour is Springfield blue.

Anders is excited for the coming months: “I am still test riding the bike and we are just in a phase to finish the engine tuning,” he says. “The Super Scout is planned to be a daily runner…if it’s not already sold by then.”