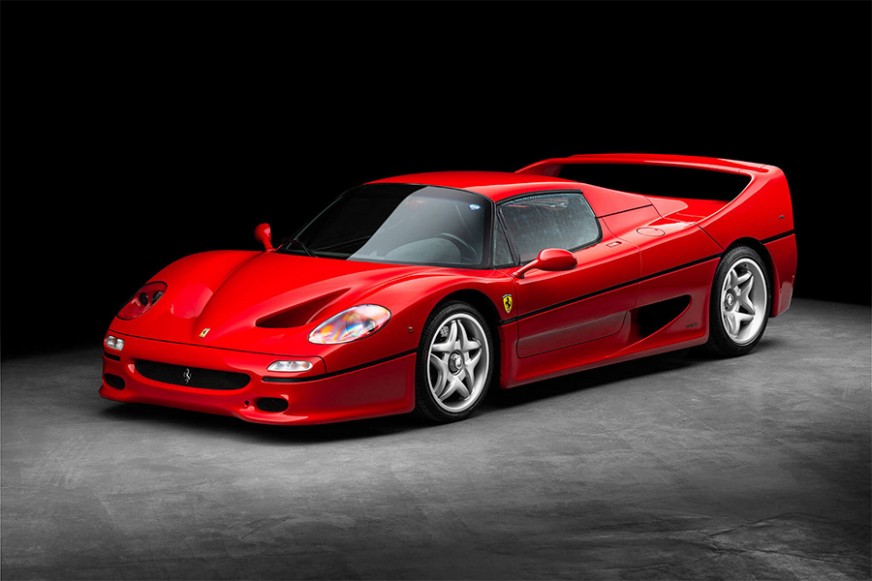 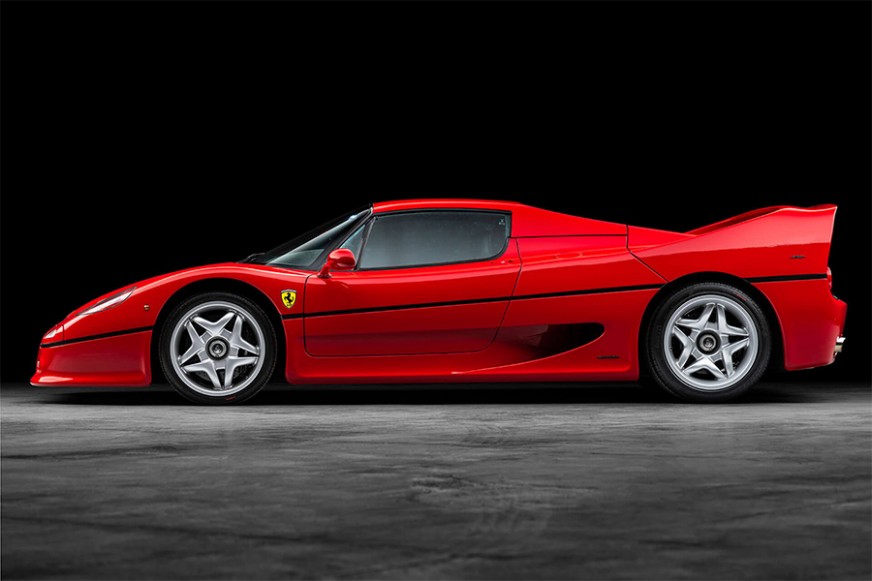 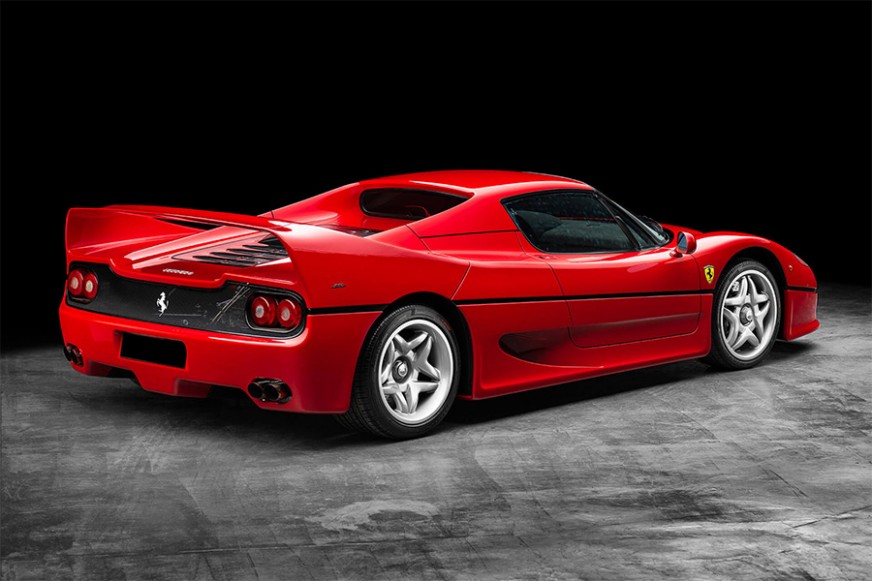 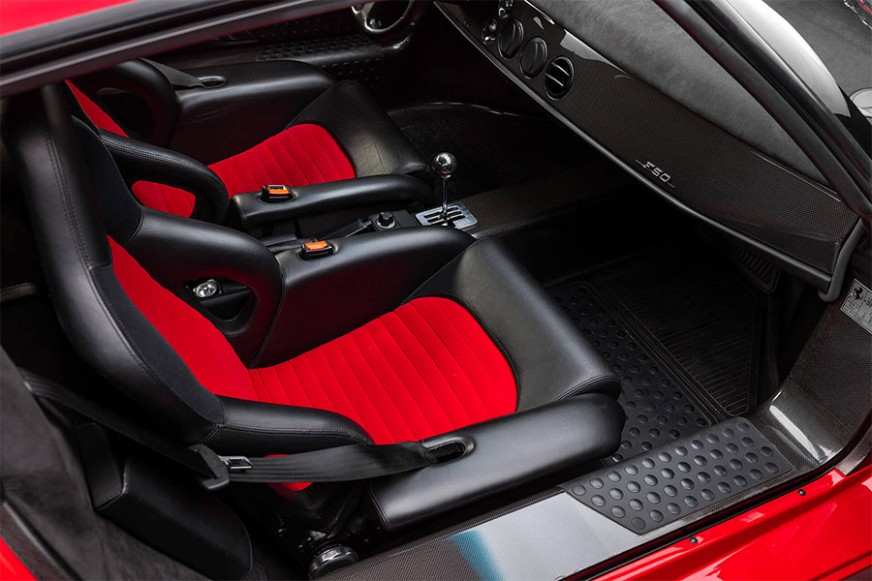 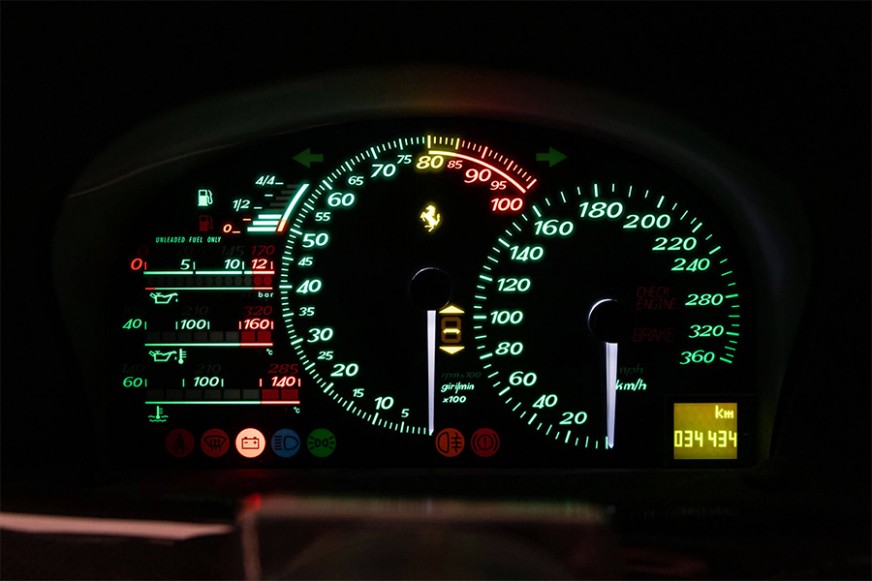 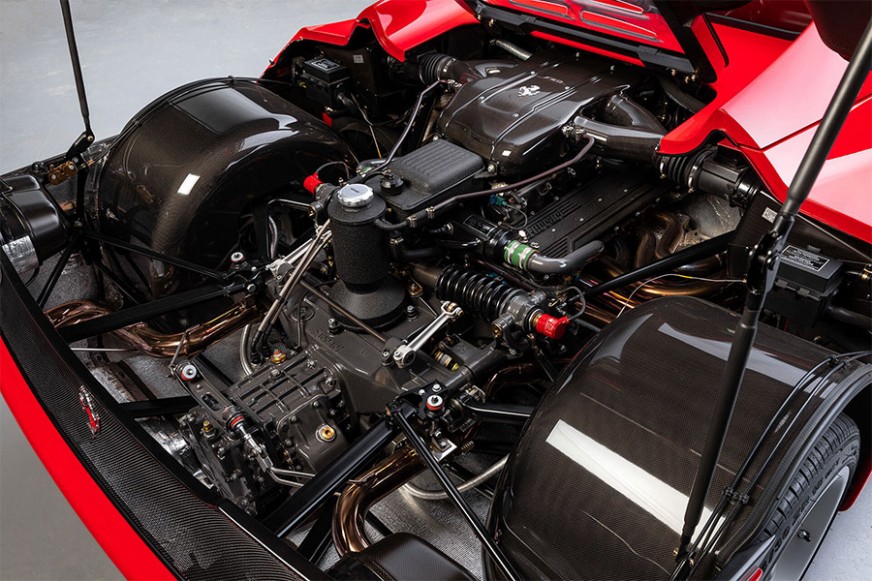 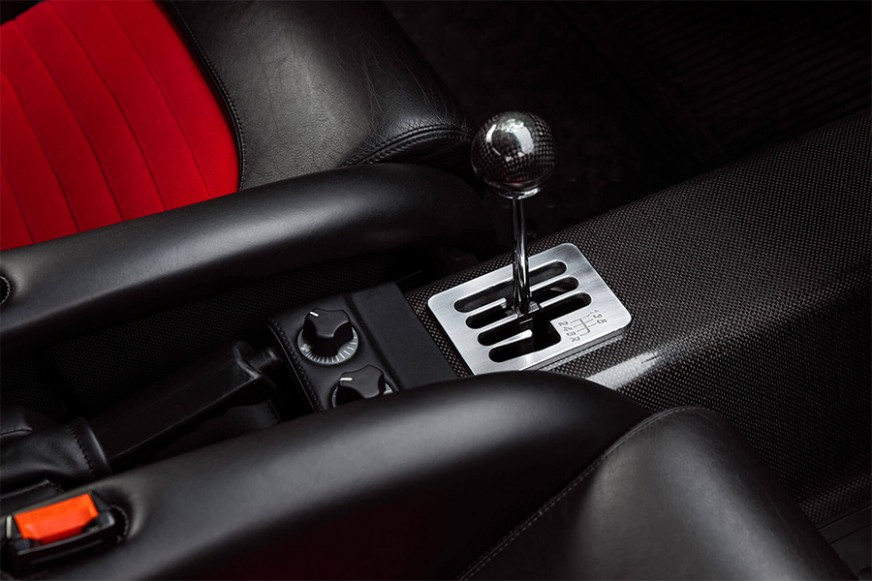 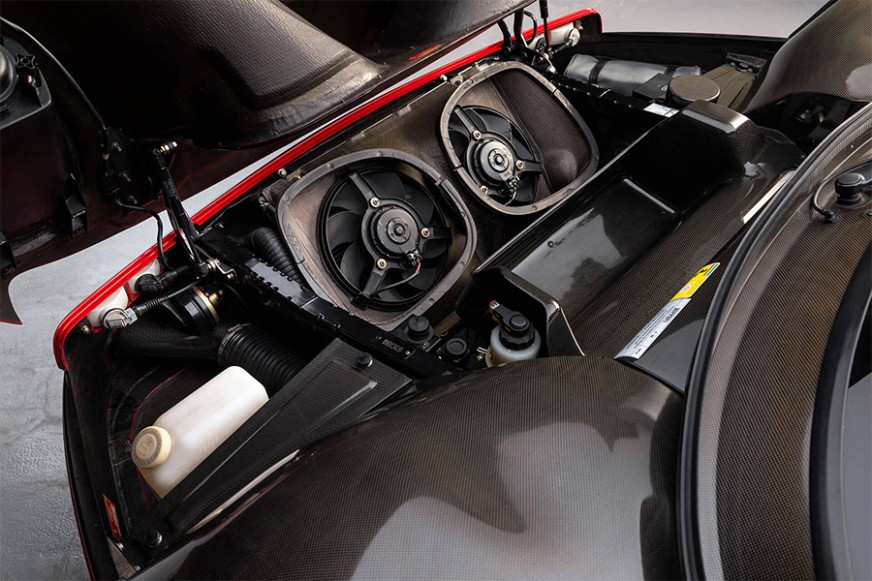 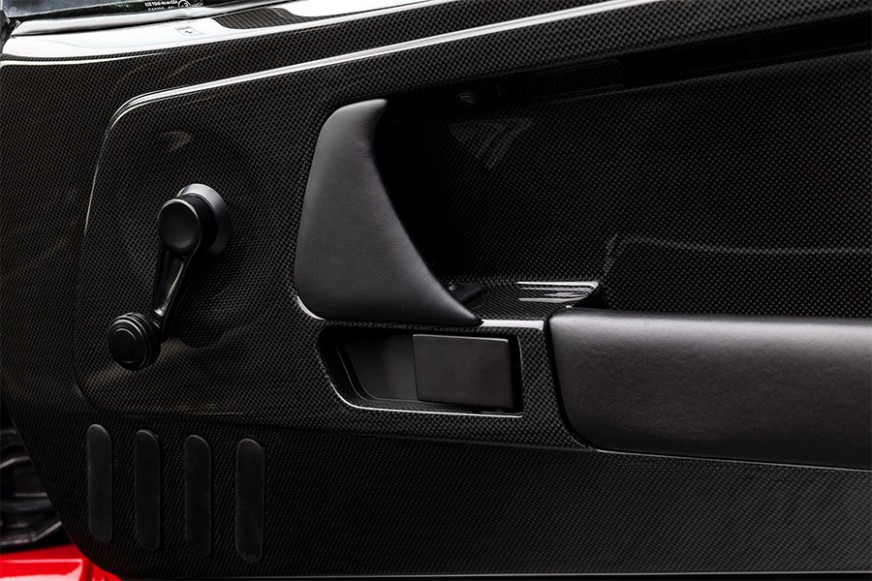 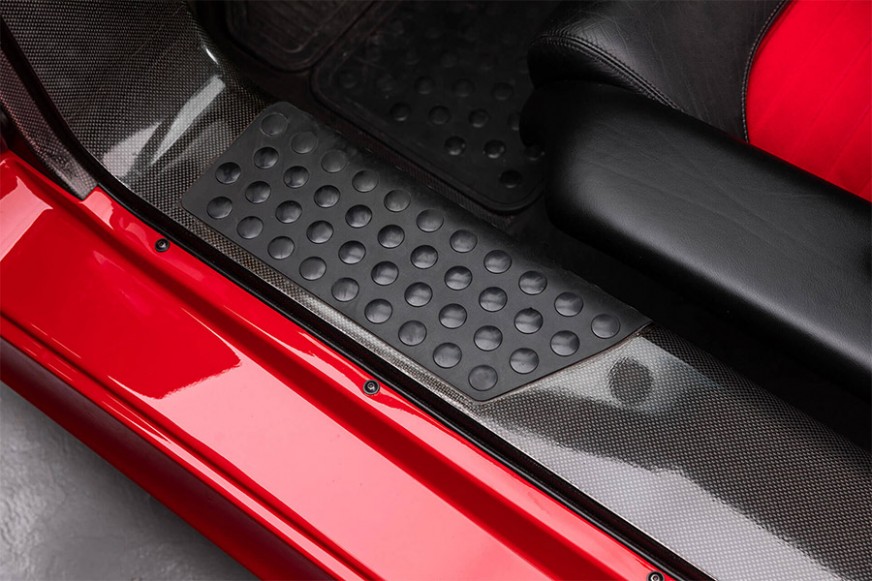 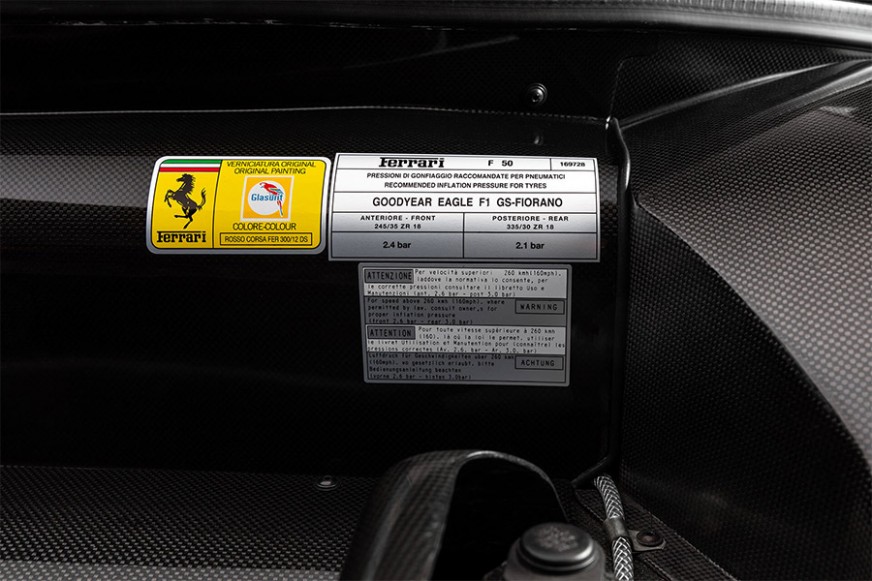 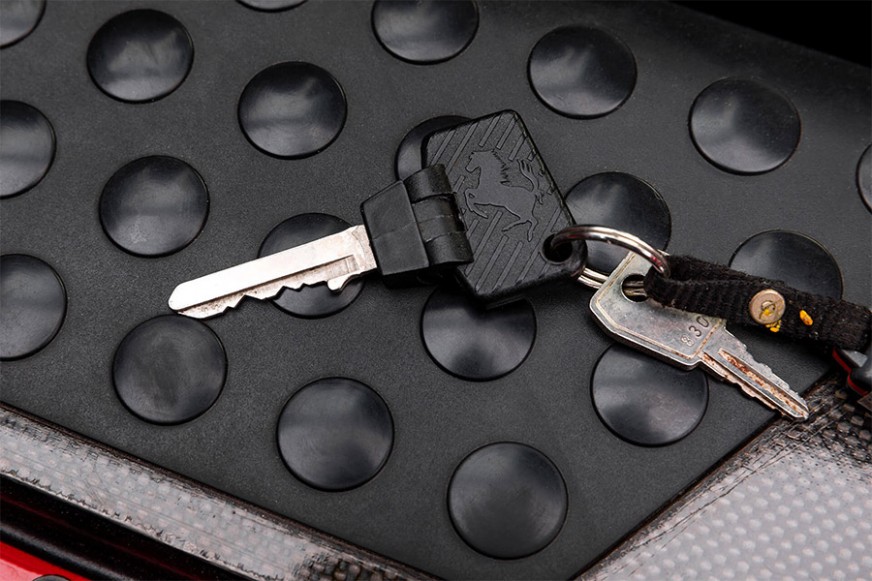 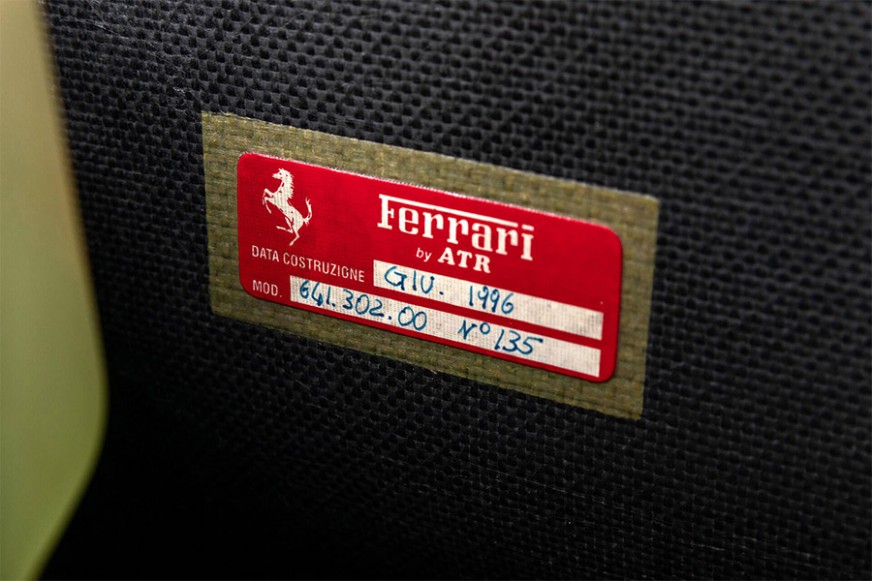 The F50 was designed to celebrate the Scuderia Ferrari’s 50th anniversary — although a tad early — and when it was first unveiled at the 1995 Geneva International Motor Show, it was hailed as a “road-going Formula One car”. Confident in the new model’s desirability, Ferrari President Luca Di Montezemolo stated that only 349 examples were going to be produced, which was one less than they thought they could sell — a bold marketing strategy.

Underneath the clear plastic louvered engine cover laid a 4,698.50 cc, naturally aspirated, 60-valve, V12, Ferrari Tipo F130B engine. It was mid-mounted and fitted longitudinally to the rear bulkhead of the monocoque cell. Both the differential assembly and the six-speed all-synchromesh gearbox were mounted to the back of the engine, with the suspension bolting directly to gearbox, the same as a Formula One car.

It wasn’t just the engine that was influenced by F1, though — it was the total overall concept. From the push-rod rear suspension and carbon-fibre chassis to the titanium con rods and the magnesium and alloy wheel rims to the front hubs and rear hubs, which featured a solution invented and patented by Ferrari for its single-seaters, to its Goodyear Fiorano tyres developed specifically for the model, the F50 featured F1 technological advancements from top to bottom.

Designed by Pininfarina, the F50’s styling took 2,000 hours of wind tunnel testing to get just right. Utilising sophisticated composite materials and F1 construction technology and aerodynamics, the F50 featured plenty of curves, intake and exhaust slots, and an even more radical rear wing than the F40, as well as a removable hardtop.

Inside the cabin, air conditioning was standard, whilst the instrument panel had updated from traditional dials to an illuminated digital display in the instrument panel. Otherwise, the F50 was relatively spartan — it was even devoid of power steering, power-assisted braking and ABS.

This example, chassis ZFFTA46B000106150, is number 180 of only 349 Ferrari F50s built. It was delivered new to Motor S.p.A., an official Ferrari dealer in Modena, Italy. By 1 August 1996, it was purchased by Mr Alberto Alberti from Reggio Emilian, Italy, and was subsequently registered, being assigned the number ‘AM710 KX’.

This car was well-maintained by its gentleman owner, so much so that Ferrari actually used it as a show car on its stand at the 2013 Auto e Moto d’Epoca, which took place on 24–27 October. The marque was clearly impressed with the quality of the car, and it was again invited and displayed at the Ferrari Mondiali in Mugello, Italy, in November of the same year.

The F50 then caught the eye of another tifosi — a gentleman from Reggio Emilia who not only collected both modern and classic cars but also raced them. The F50 was purchased by this connoisseur in 2015. The car was then seen at the prestigious Monaco Grand Prix in May 2017, and shortly thereafter, it was submitted for its Ferrari Classiche Certification, which it received on 8 November 2017.

In preparation of sale, Autofficina Bonini Carlo, the official Ferrari service centre in Cadelbosco di Sopra, Italy, was commissioned to perform a full, engine-out rebuild of the car. This was completed by the end of 2019, with every minute detail, from nose to tail, meticulously rebuilt. The work was extensive and amounted to over €250,000. Quite simply, this is the best condition F50 in the world!

There’s no denying that the F50 was the “extreme machine” of the nineties, but this example may be the most extreme of them all. With just two owners from new, having never left its motherland of Italy, and — most importantly — its recent rebuild by an official Ferrari centre, there simply isn’t a better-quality example available. 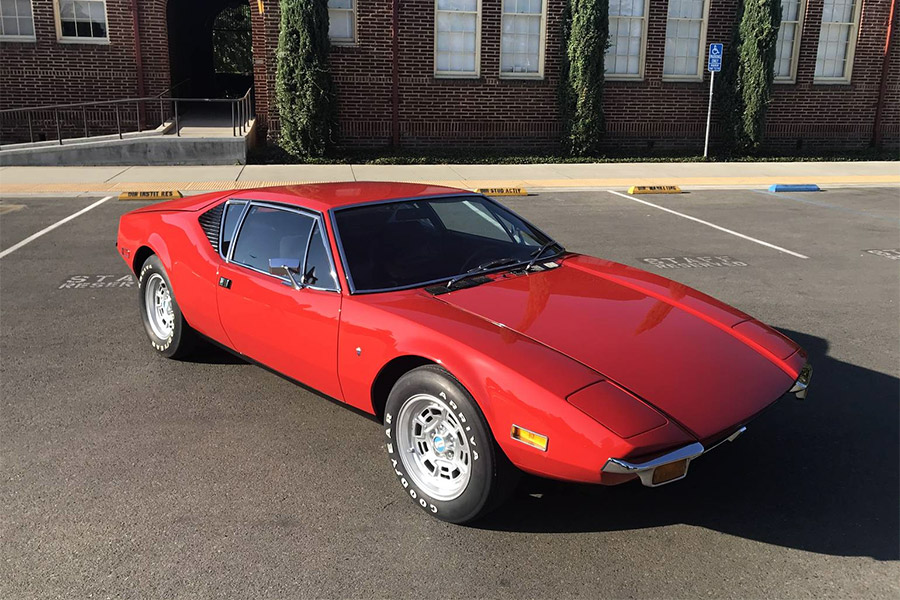 Offered By: The Speed Journal 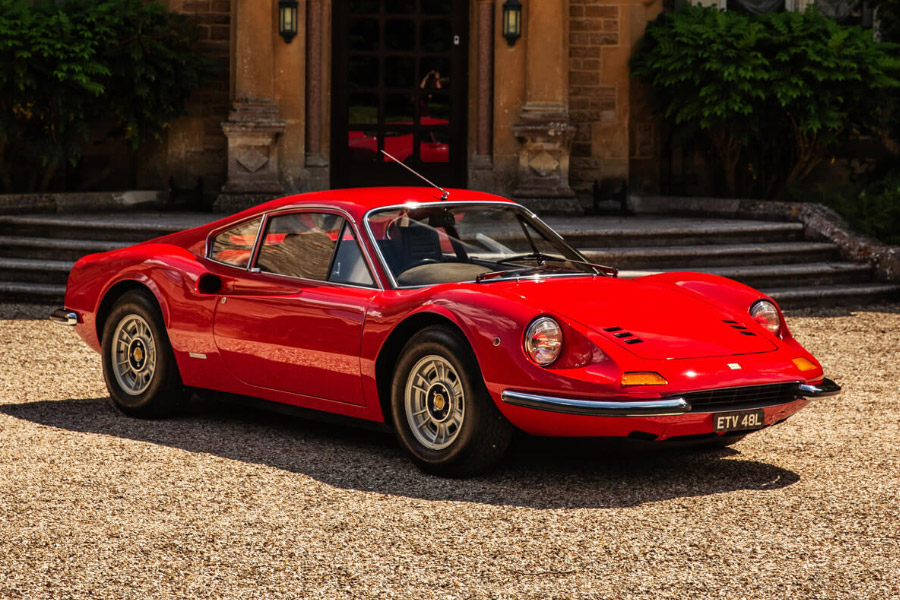 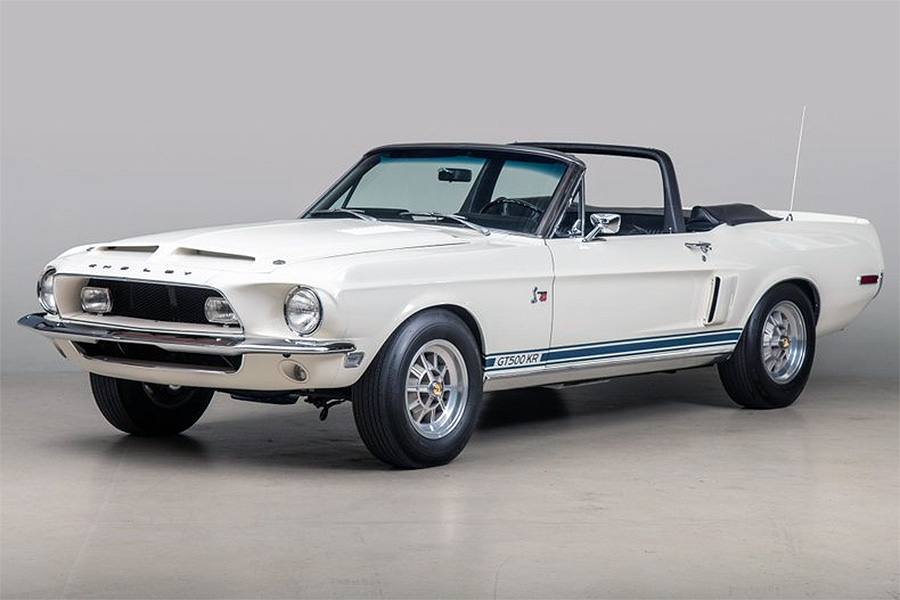