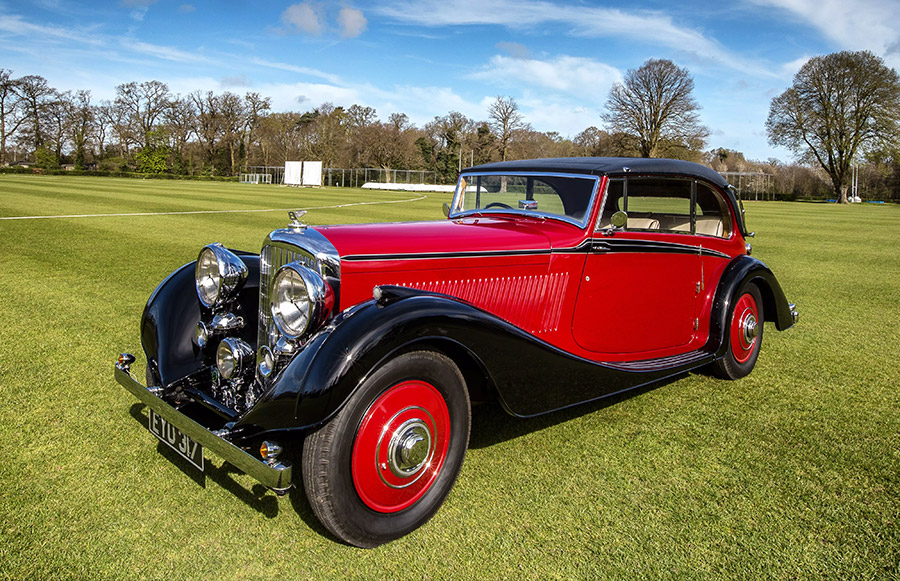 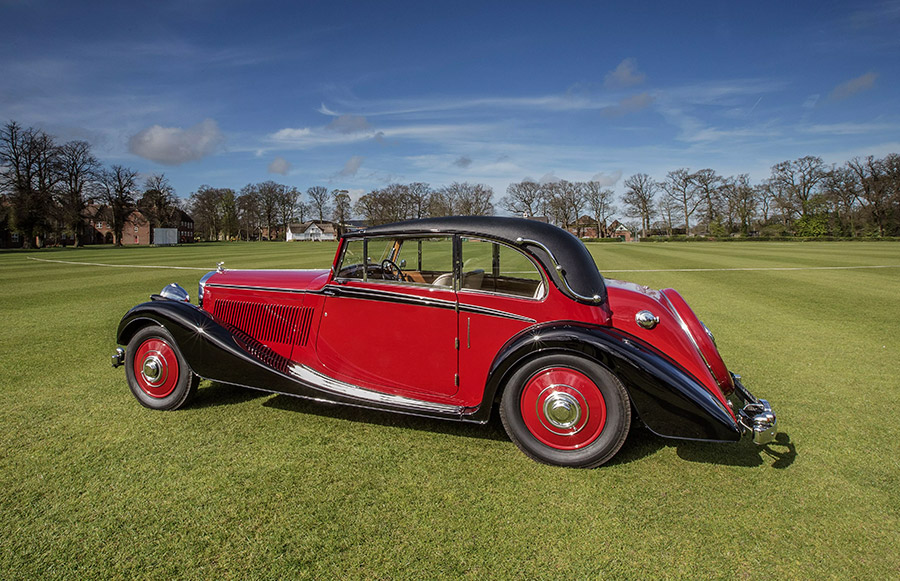 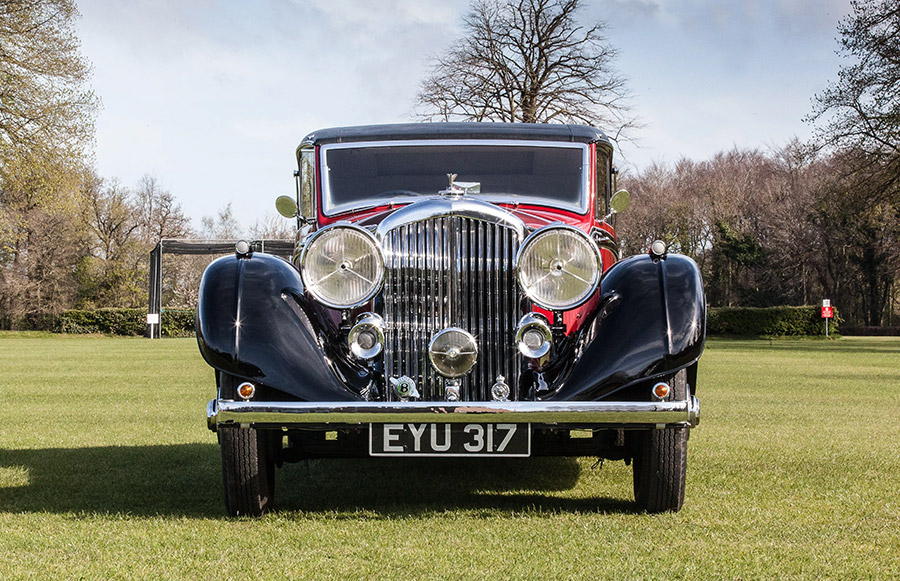 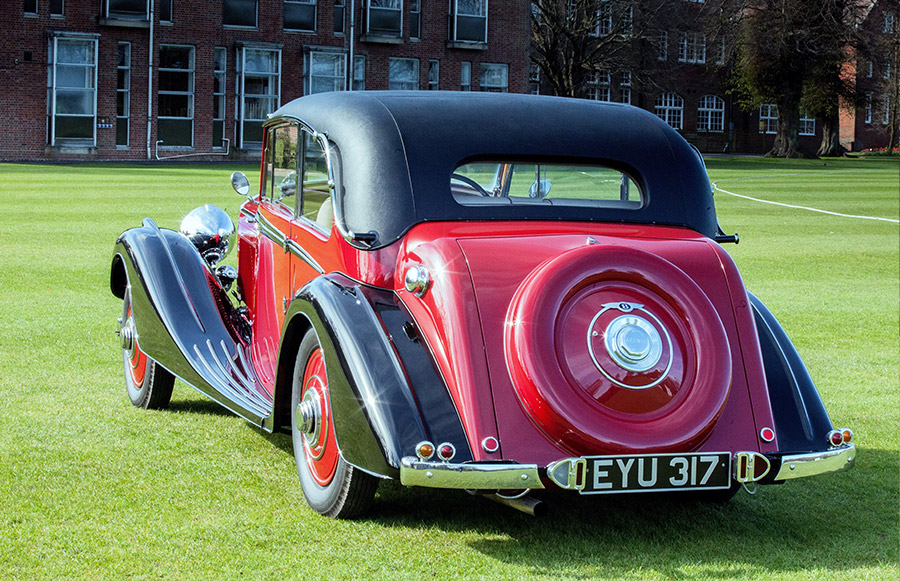 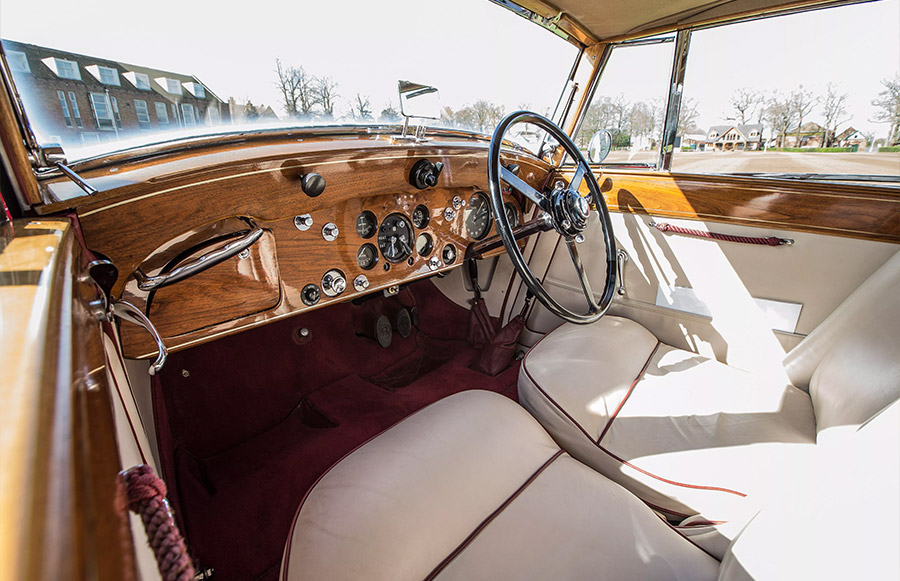 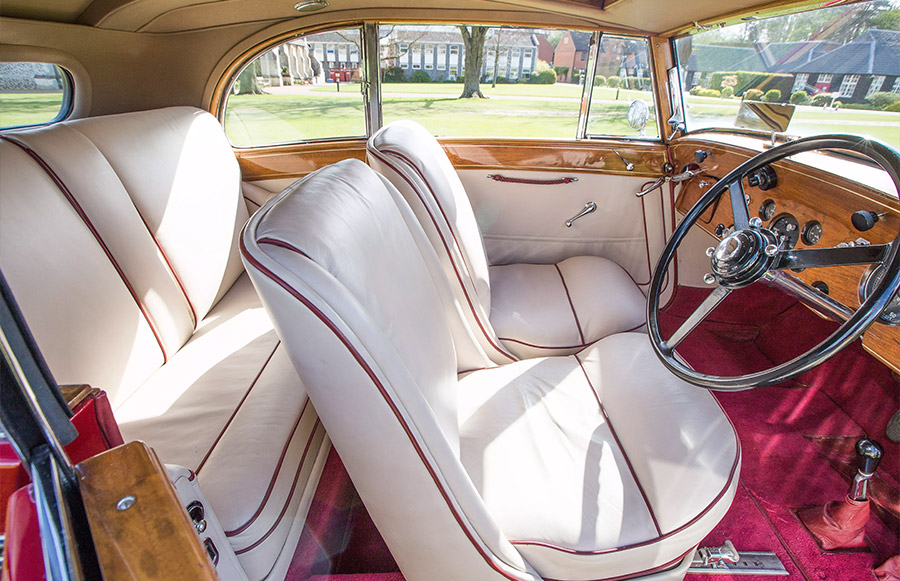 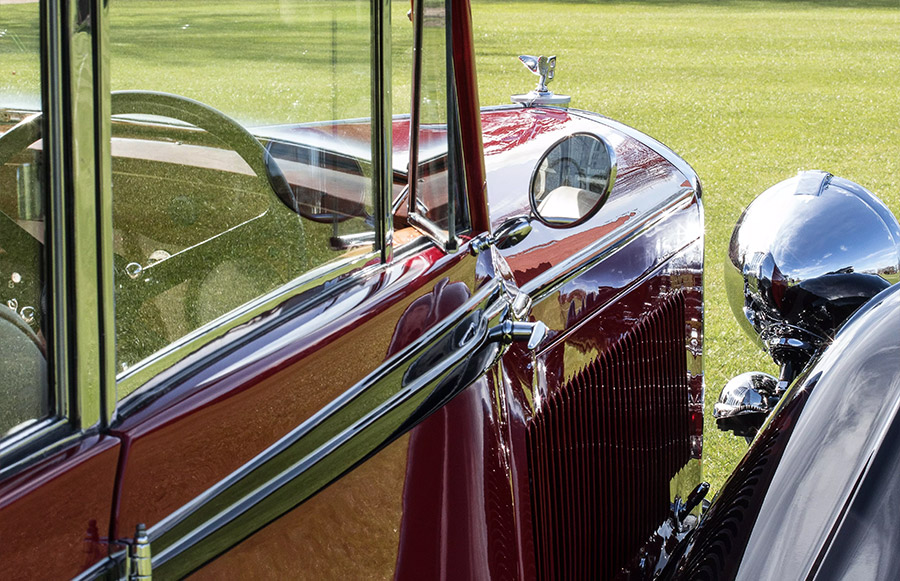 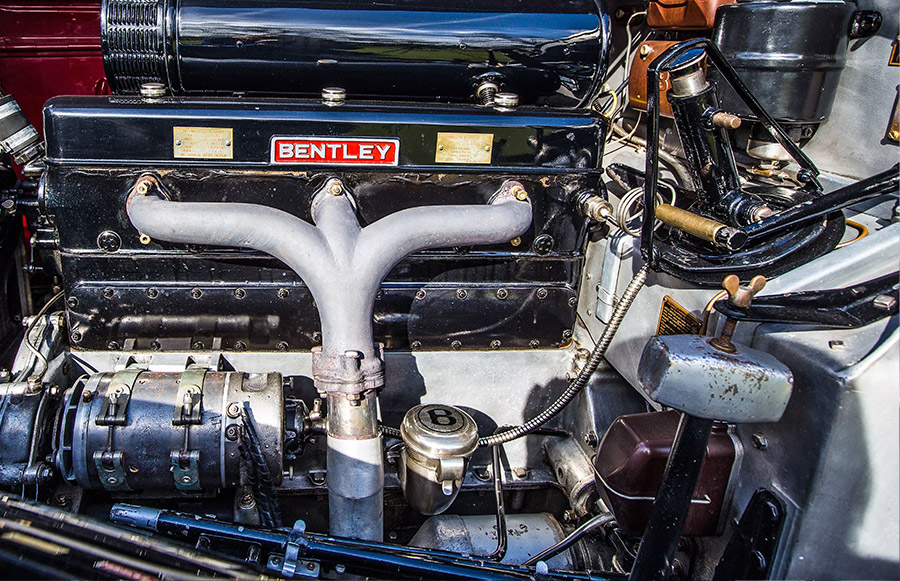 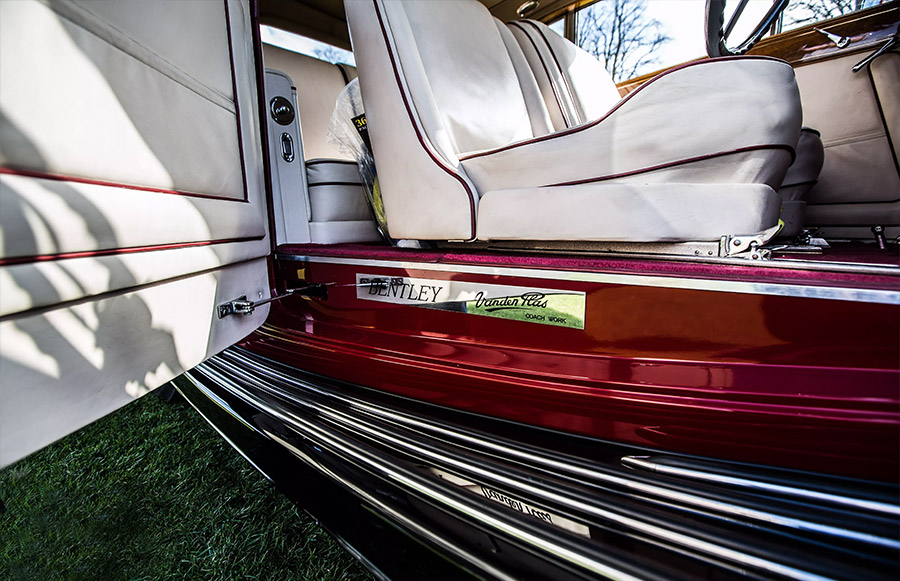 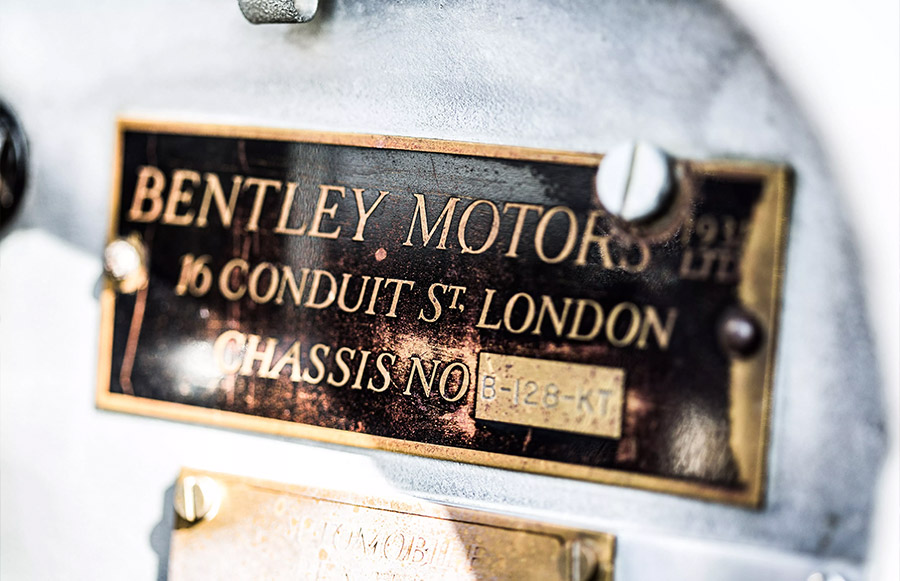 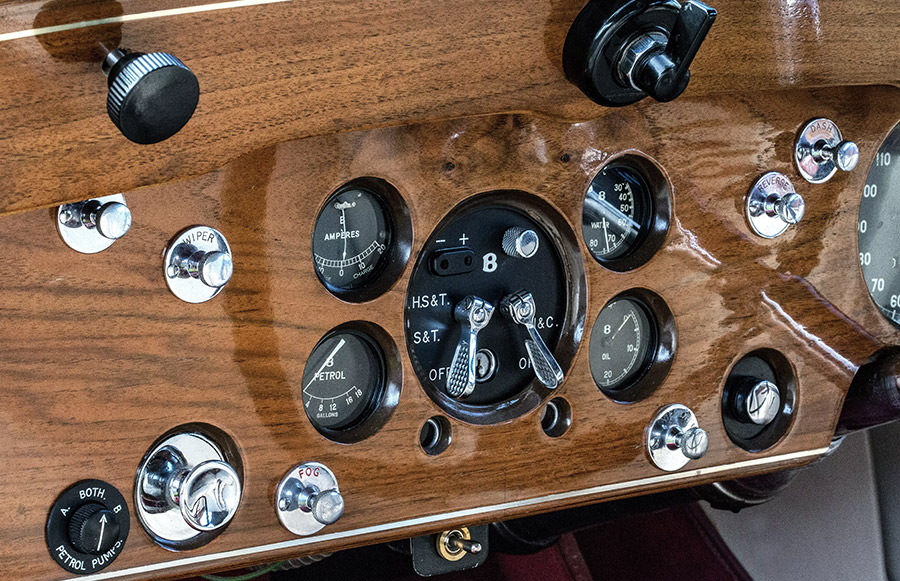 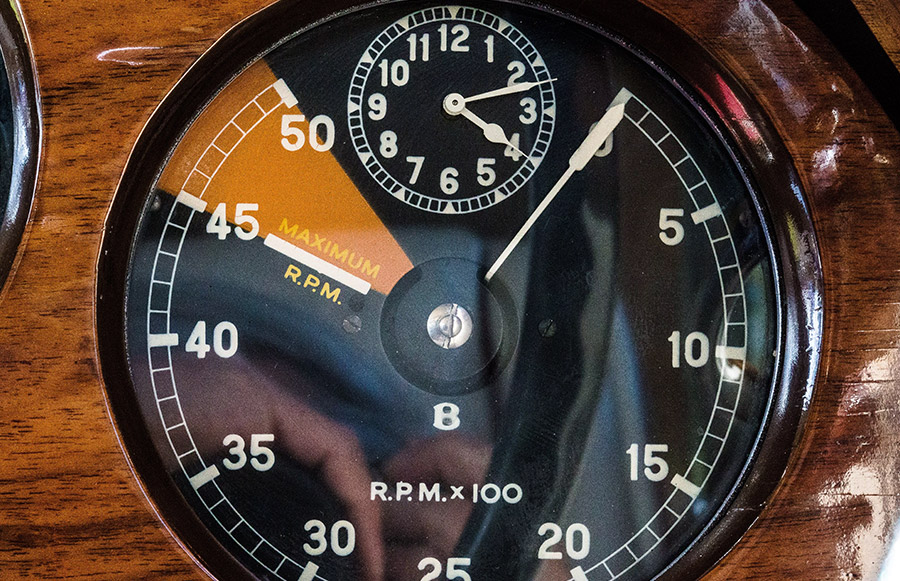 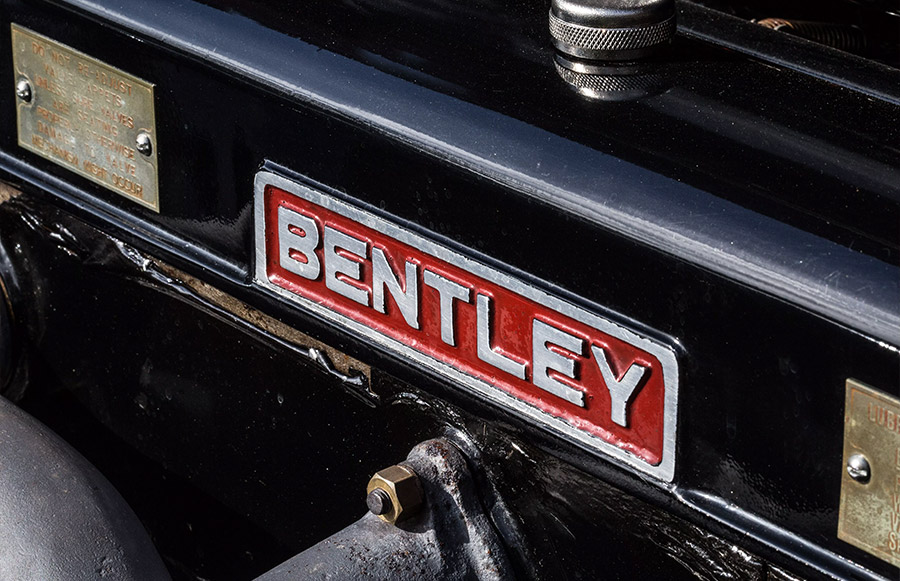 The Derby Bentleys were introduced with the advertising slogan, ‘the silent sports car’ and soon delivered on this promise with spirited drives from Eddie Hall in his three Tourist Trophy races of 1934–36 and in 1950 at Le Mans, and Solton Hay’s entry into three consecutive Le Mans races. However, it was not only performance that provided the appeal of this car; it was the combination of refined silence, speed and reliability that signalled a new era of motoring.

This refined vintage Bentley is one of two saloon coupes ever built with this style of special order Vanden Plas coachwork (design number 1383). B11HM is the only other car with a similar design. This style is considered to be particularly elegant due to its pleasing lines and attractive coachwork, with this example finished in cherry red over black with cranberry-piped Oyster leather, West of England cloth headlining and silver-inlaid wood veneer.

Chassis B128KT was supplied new to Messrs Hoffmann & Huppert. As a stylish and refined two-door couple, the sleek lines undoubtedly appealed to Max Hoffman, who was later instrumental in the development of the Mercedes 300SL ‘Gullwing’ and BMW 507. The factory guarantee was issued on 1st of August 1937 and the first owner was His Excellency, Baron J. van der Elst, Councillor of Legation to The Belgian General Consulate in Vienna.

Following the annexation of Austria by Germany in 1938, Baron van der Elst exiled to Washington and B128KT was transferred to the UK and registered ‘EYU 317’ in August that same year. The Bentley has since belonged to a handful of owners including Henry Sherek Esq., the Dorchester Hotel resident and theatre impresario best known for producing the plays of T.S. Eliot.

Between 2001 and 2007, the Bentley was extensively restored including a major engine overhaul by Smiles Engineering of Newcastle upon Tyne and remedial coachwork by the renowned coachbuilder Geoff Henderson – the latter work was expertly undertaken with reference to archive photographs and without the benefit of any Vanden Plas blueprints.

Further improvements and restoration work was completed by Trofeo Cars in 2016. The Bentley is presented with extensive history including copy chassis data cards, restoration photographs and invoices, original instruction book and the original toolkit. Now ready for extensive touring, the present owner has recently completed a trip to Angouleme for the Circuit des Remparts event. A pleasure to drive, B128KT is a very elegant vintage motor that delivers a delightful, responsive and impeccably smooth ride.

B128KT appears in the books Bentley Fifty Years Of The Marque by Johnnie Green and The Derby Built Bentleys by Bernard L. King. 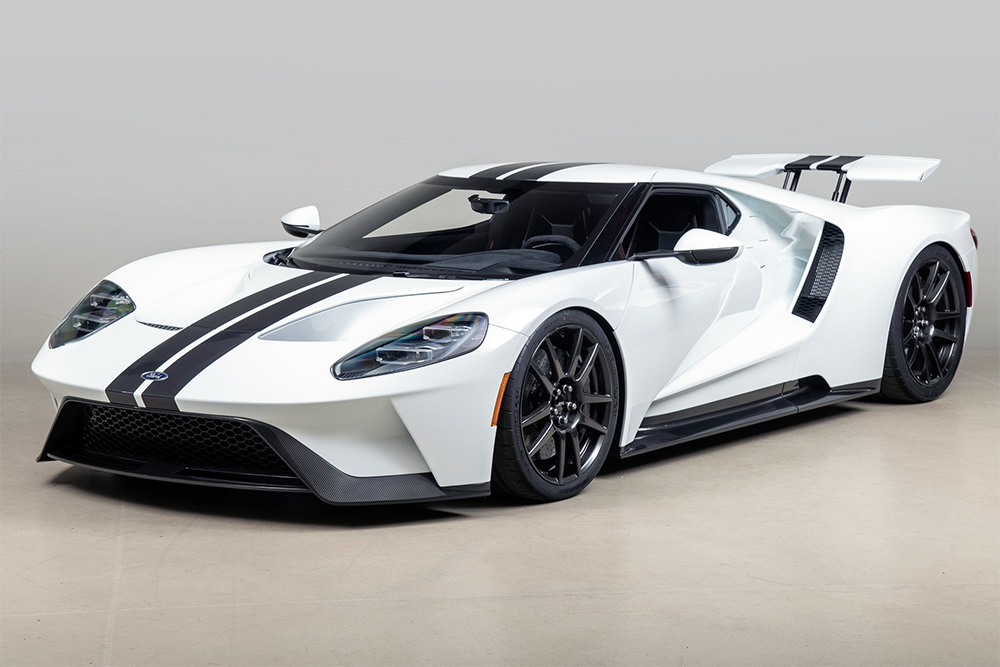 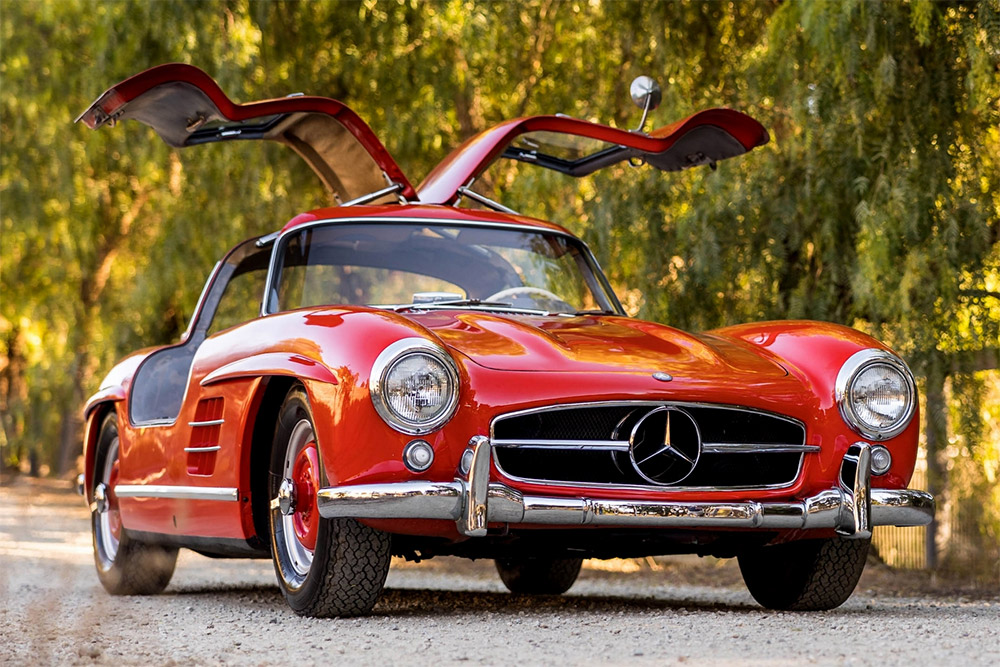 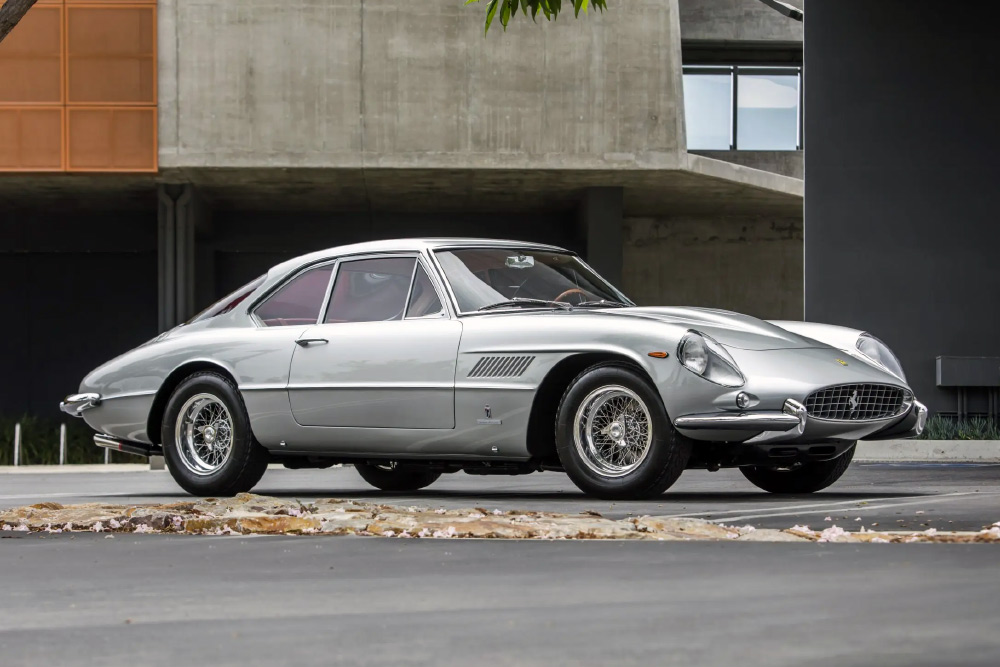