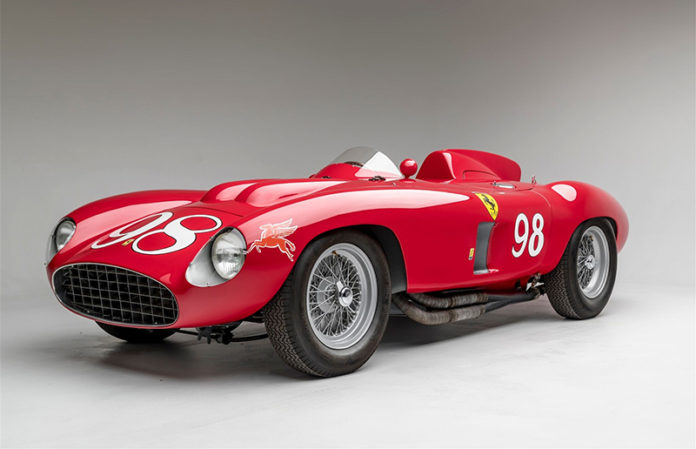 Founded by Enzo Ferrari in 1947, Ferrari has long stood for innovation, engineering perfection, and top performance on and off the track. Since the debut of the 125S, the first Ferrari-badged car, Ferrari has recorded over 5,000 victories in races around the world. While organized with the sole intent to build and campaign race cars, Ferrari funded his racing pursuits by building and selling exotic road-going variants that are now ranked among the most beautifully designed and engineered cars of all time. The firm’s deep-rooted association with the color red dates back more than a century to the time when Rosso Corsa (“racing red”) was chosen to be the official color for all Italian motorsports teams regardless of manufacturer. Enzo Ferrari readily embraced this tradition and the racecars that bear his name today belong to an ever shrinking number of Italian teams that continue the tradition of painting its cars Rosso Corsa, reinforcing an association with the color red that continues to this day.

By 1955 Ferrari was an established and respected manufacturer focused on innovation, but a defeat by the Mercedes-Benz team at the World Sportscar Championship that year prompted the firm to experiment with more radical engine and body designs. One such vehicle, this Ferrari 857 Sport is part of the Monza series that featured a new twin-cam, four-cylinder engine and a lightweight aluminum body by Carrozzeria Scaglietti. It was exported directly from the factory to the Los Angeles suburb of Sherman Oaks in 1956, and, of the four built, is the only one with a rear fin.