Ferrari’s first V6-mid-engined hybrid, the 296 GTB, has won the coveted title of “Dream Car of the Year” in The Motor Awards 2022 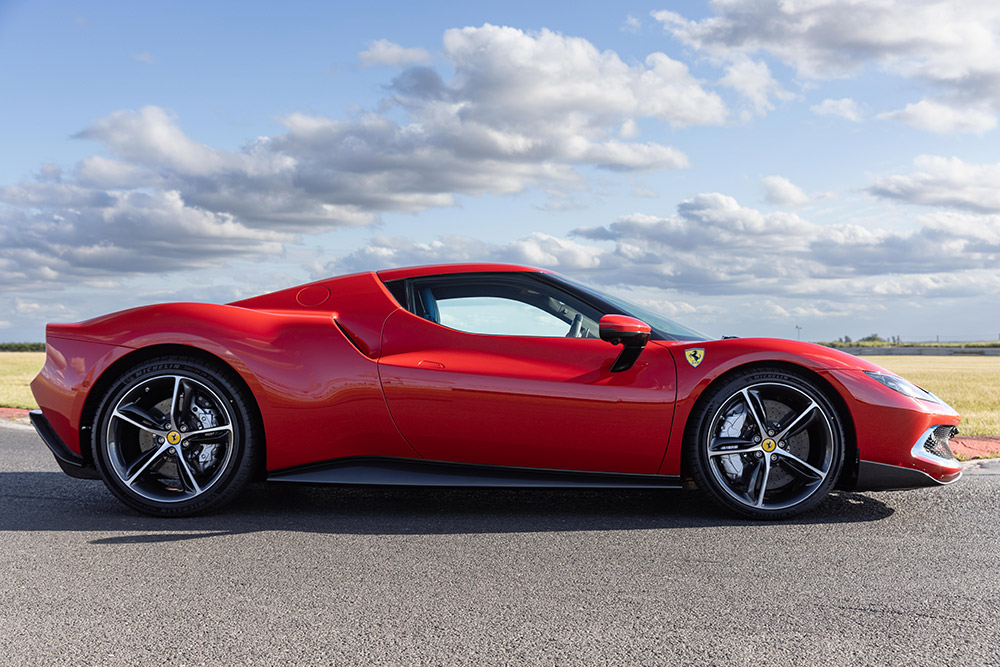 Ferrari’s first V6-mid-engined hybrid, the 296 GTB, has won the coveted title of “Dream Car of the Year” in The Motor Awards 2022, which took place at News UK’s office at London Bridge last night. The Motor Awards are curated by the motoring journalists and editors from News UK’s portfolio of media titles: The Sun, The Sunday Times, Driving.co.uk and Times Luxx.

The 296 GTB redefines the whole concept of fun behind the wheel, guaranteeing pure emotions not just when pushing the car to its limits, but also in day-to-day driving situations.  It also heralds the beginning of revolution for Ferrari as it introduces a new engine type to flank the marque’s multi-award-winning 8- and 12-cylinder power units: a new 663 cv 120° V6 coupled with an electric motor capable of delivering a further 122 kW (167 cv). This is the first 6-cylinder engine installed on a road car sporting the Prancing Horse badge; it unleashes its massive 830 cv total power output to deliver previously unthinkable performance levels and an innovative, exhilarating and unique soundtrack.

Ferrari’s Head of Vehicle Engineering, Philippe Krief, collected the award and commented: “I’m collecting this award on behalf of the engineers, designers and test-drivers in Maranello who created such an outstanding and innovative V6-hybrid that redefines the concept of driving thrills. This award will take pride of place in our trophy cabinet in Maranello, alongside the award for the 488 Pista which Ferrari also won in 2019.”

The Ferrari 296 GTB is the third plug-in hybrid model in the product range, and, like all Ferrari production sports cars, is provided with a 4-year warranty in the UK, and a 7-year Genuine Maintenance service package that covers all routine maintenance costs for the first 7-years of the vehicle and which is also transferable to subsequent owners. For more information about the Ferrari 296 GTB, please visit ferrari.com.