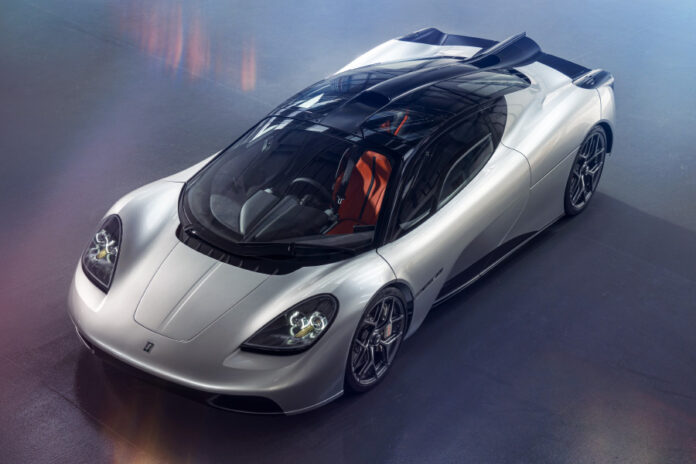 Scottish race legend, motorsport commentator and three-time winner of the Indianapolis 500, Dario Franchitti, has teamed up with Gordon Murray Automotive to play an important role in the development of the T.50 supercar.

In this newly created position, Dario will play a key role in the development work for the recently revealed T.50 supercar and the racing-focused T.50s track version. He will also be sharing the progress of the T.50 through exclusive videos. Dario’s first appearance is on this exclusive tease video: Dario Franchitti – T.50 Vlog.

Professor Gordon Murray said: “I have been a friend and admirer of Dario for many years and I am delighted that he has joined the Gordon Murray Group family. His role will help us to hone the T.50 as the most driver-centric supercar ever built. His skills as a driver need no introduction but his well-known appreciation of road cars is rare for a racing driver in my experience. His relationship with our business will go far deeper. Dario will help us fully establish the Gordon Murray brand, with input and involvement in all future product decisions. We will also be putting his TV presenting skills to good use by producing videos that will enable everyone to follow the development and production of the T.50 and the racing-focused T.50s.”

Dario Franchitti said: “As a passionate road car fan, it’s exciting to be involved in the development of the T.50. It is going to be such an incredible car. A supercar designed and engineered with no compromises. It’s also a dream come true to work with and learn from Gordon Murray who is someone I have always had the greatest admiration for, both as an engineer and a friend. I’m looking forward to working closely with Gordon and his brilliant team. I can’t wait to get started and keep the world up-to-date on the T.50. progress with exclusive videos.”

The T.50 was revealed in August and customer deliveries will begin in early 2022. Only 100 will be made and it is engineered to be the most driver-centric supercar ever built, weighing just 986kg. It’s powered by a bespoke Cosworth-developed 3.9-litre V12, the world’s lightest and highest-revving naturally aspirated road car engine.

The recently announced T50s is an even ligher, more powerful race-focused version. Just 25 are being sold and will enter production in 2023.