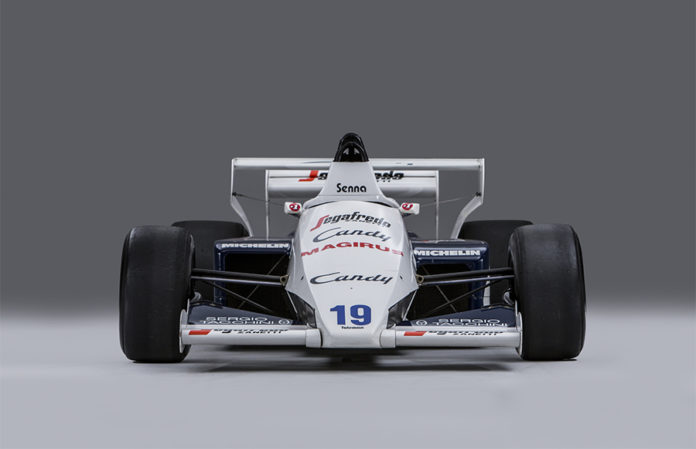 Bonhams is delighted to announce that the 1984 turbocharged Formula 1 Toleman-Hart TG184 racing car, driven by the legendary Ayrton Senna upon his Monaco Grand Prix debut during the race that sparked his legendary feud with Prost, is to be offered at their Monaco Sale in Monte Carlo on 11 May at Villa La Vigie.

The weather conditions were so appalling on Monaco Grand Prix race day in 1984 that it became obvious the event could not run its full-distance of 76 laps without exceeding the strict two-hour duration limit.  In his 1½-litre, 4-cylinder, 600bhp Toleman-Hart, Senna was chasing-down race leader Alain Prost’s more powerful McLaren-TAG Turbo MP4/2. The mercurial Brazilian new boy was catching up with the established French superstar at the staggering rate of 3 seconds per lap. 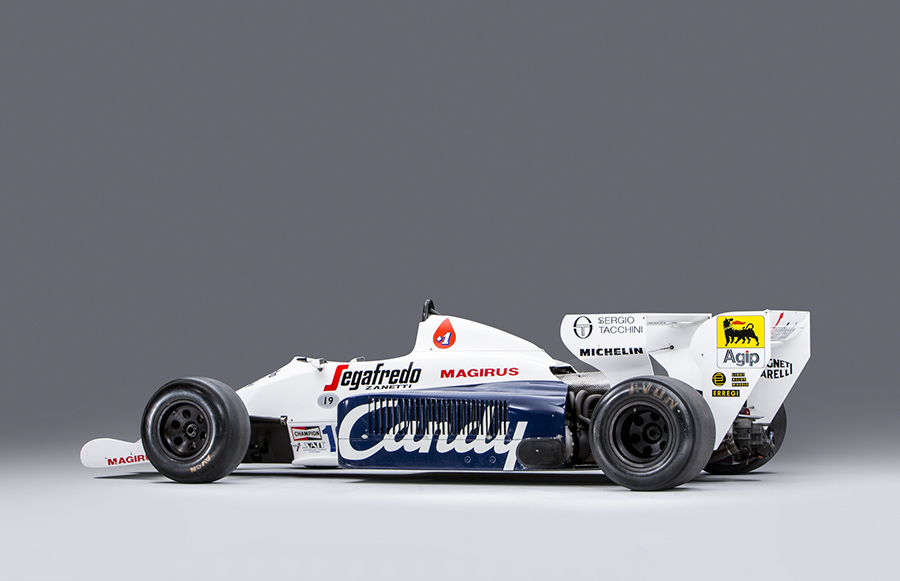 Ayrton Senna, in this very Toleman-Hart, had closed the gap behind Prost to barely 7 seconds when race director Jacky Ickx – the Belgian former Formula 1 driver – controversially ordered both the red flag and the chequered flag to be shown simultaneously, bringing the race to what many considered to be a premature end, after only 31 laps. Prost took the win from new boy Senna, the margin of victory being 7.446 seconds.

In fact, when the red and chequered flags were shown as the drivers reached the end of lap 32, Prost slowed and hesitated just short of the finish line and Senna swept by, waving ecstatically, convinced that he had just won his first World Championship-qualifying Grand Prix – and at Monaco – the most glamorous venue of them all. In fact, as was customary in Formula 1, the race results would be declared as the positions pertaining at the end of the last previous uninterrupted lap, and so Prost was confirmed as the winner after 31 officially recognised laps, with Senna second in the Toleman-Hart TG184 – the car to be offered by Bonhams at its Monaco sale. 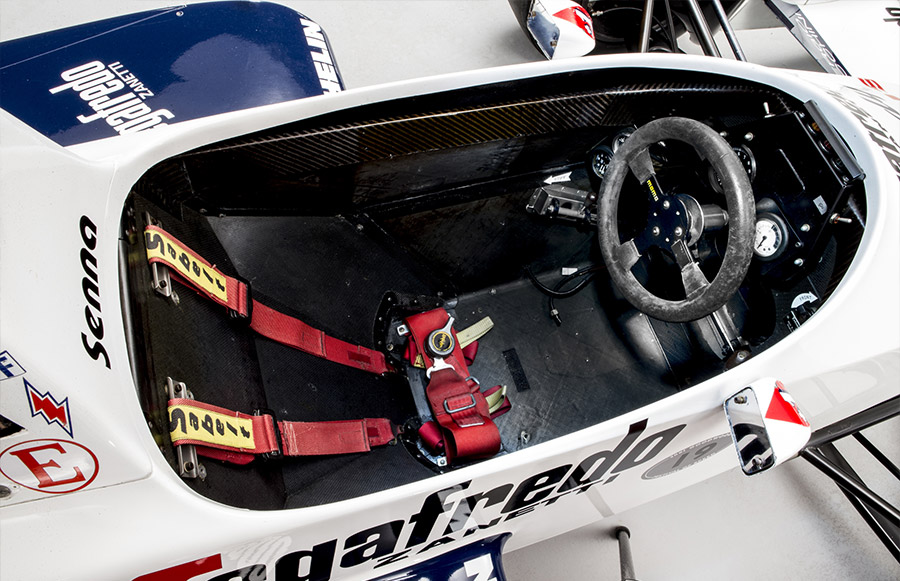 However, while it seems almost certain that Senna would have wrested the race lead from Alain Prost after just one more lap, it is doubtful that his car could then have survived much longer. His Toleman team mechanics reported post-race that its suspension had suffered damage and would likely have soon failed after the Grand Prix had been so abruptly abandoned. By such slender margins is sporting history written.

Most presciently, during the closing stages of the 1984 Monaco Grand Prix, 1976 Formula 1 World Champion Driver and BBC TV commentator James Hunt, announced the true emergence of Senna upon the Formula 1 scene. He declared on air: “I think we are watching the arrival of Ayrton Senna as a truly outstanding talent in Grand Prix racing…” 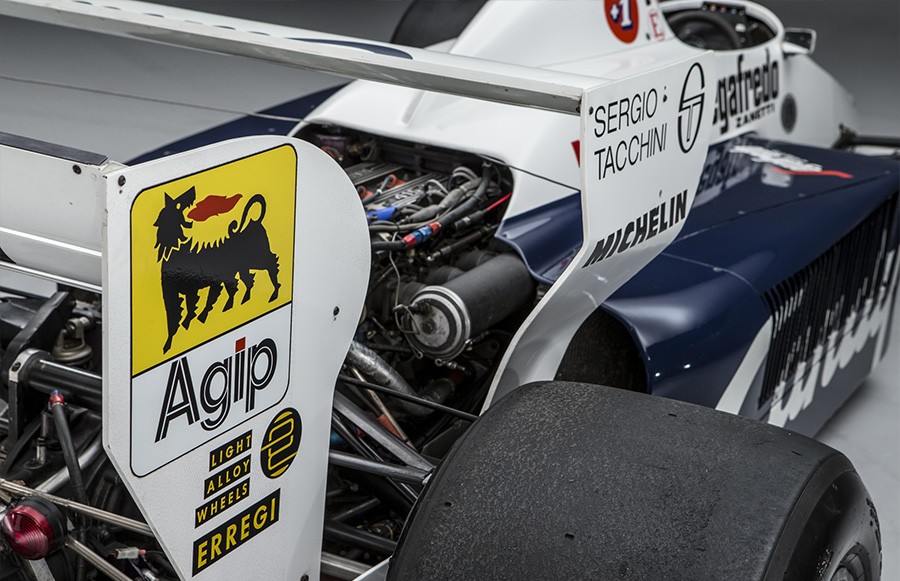 He was not wrong. Not only would Senna go on to win the Formula 1 Drivers’ World Championship titles in 1988, 1990 and 1991 – he would also win the Monaco Grand Prix itself a record six times; in 1987, then for five consecutive years from 1989 to 1993 inclusive. In addition to this Toleman-Hart, Bonhams is also offering Senna’s record-breaking, race-winning 1993 McLaren-Cosworth-Ford MP4/8 in the same Monaco Sale.

The Toleman-Hart TG184 was designed by Rory Byrne and Pat Symonds, and at the time of Senna’s stupendous Monaco drive, it was still fresh from its debut in the preceding French GP at Dijon-Prenois. Emphasising his potential for future greatness, Senna’s subsequent 1984 season in the Toleman-Hart saw him add to his maiden podium placing at Monaco with third-place finishes in both that year’s British and Portuguese Grands Prix. 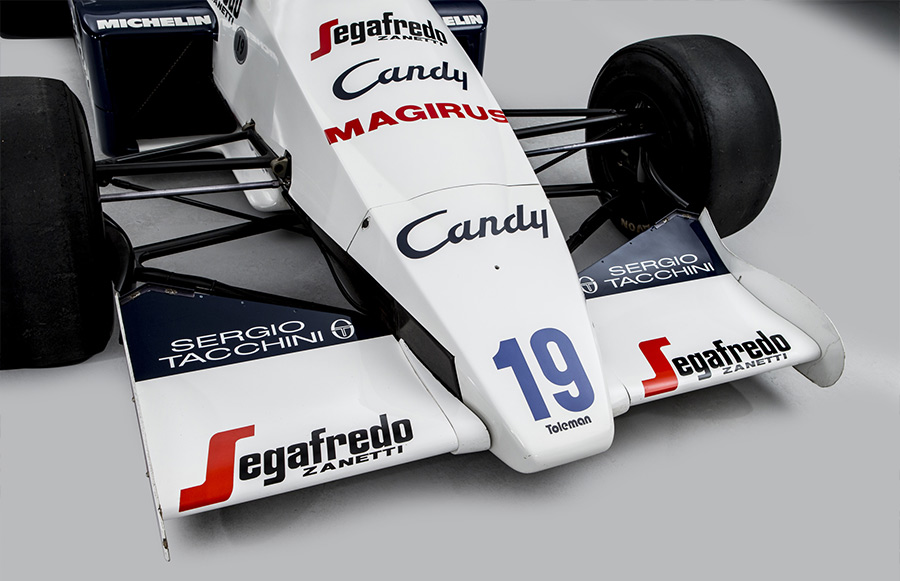 This is the historic Monaco duel, battled through the pouring rain, that sowed the seed of the long rivalry between Prost and Senna which simmered on so memorably, well into the 1990s. At the Bonhams Monaco Sale on 11 May, two successful bidders will be able to take home these legendary racing cars, tangible memories of one of the most exciting periods in F1 history. 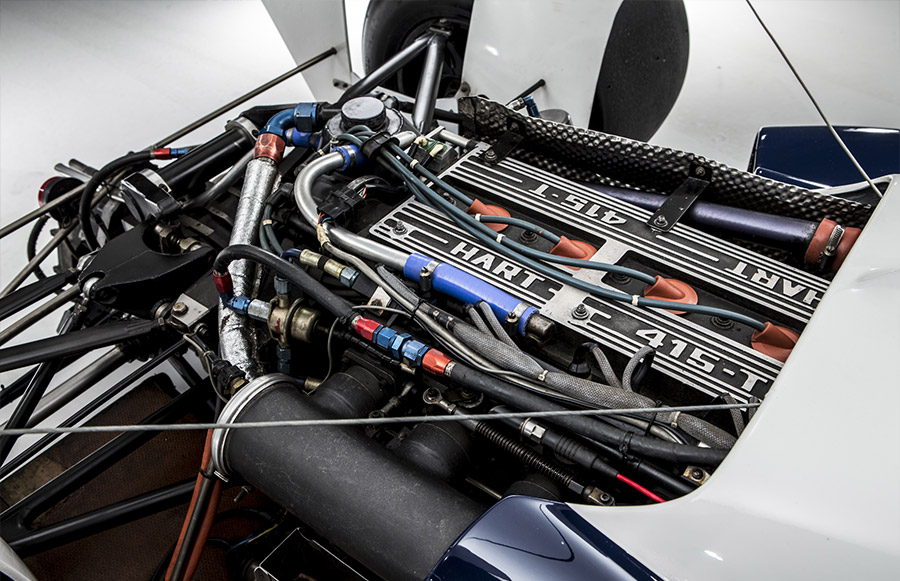 Mark Osborne, Global Head of Motorsport at Bonhams, commented: The Senna-Prost joust of the late 1980s and early 1990s was one of the greatest sporting rivalries of all time, with two great champions providing F1 fans with some of the most eye-popping and spectacular racing ever witnessed. The spark that ignited this fierce competition can be traced back almost 35 years to the 1984 edition of the Monaco Grand Prix, and the politically charged decision to throw out the red flag when it was clear that the young Brazilian was about to ruffle some feathers! We are delighted to present the very car – the 1984 Toleman-Hart TG184 – that triggered this great rivalry, and which provided the opening chapter for Ayrton Senna’s remarkable and record-breaking story at the Monaco Grand Prix.