Bentley Speed 8 Prototypes to Race at the Silverstone Classic 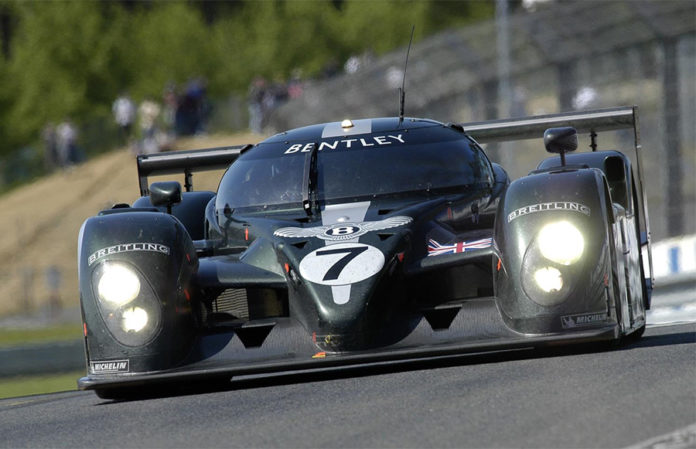 For the first time in history, one of Bentley’s stunning 24 Hours of Le Mans winning Speed 8 prototypes will race on home UK soil when it debuts on track at this month’s magical Silverstone Classic (26-28 July).

It is now more than 16 years since Bentley made a dramatic return to the scene of its ethos-defining early victories and scored an evocative sixth success at Le Mans in 2003 to add to its five original wins racked up between 1924 and 1930.

In the latest chapter in its history, Bentley was taken over by the Volkswagen Group in 1998 and the new German guardians were understandably keen to re-establish the brand’s sporting credentials.

To recreate those glory days, the new owners invested in a prototype motor sport programme and in 2003 briefly switched its Le Mans attack from Audi to Bentley. 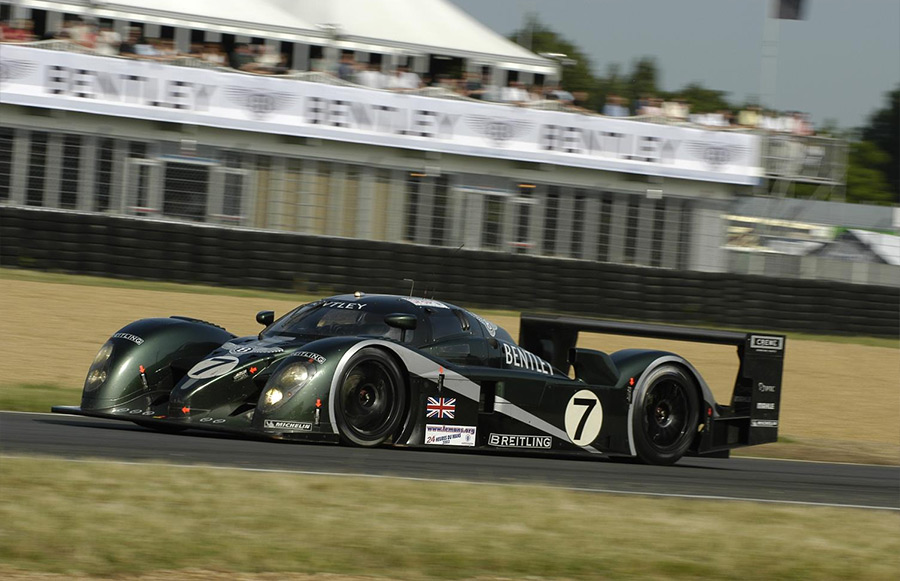 British racing green livered Speed 8 coupés were designed and produced at the team’s UK base in Crewe – albeit with some technical support plus 600bhp twin-turbo V8 engines from serial LM24 winners Audi – and the programme culminated in Bentley’s first Le Mans win in 73 years. With mission accomplished, the fastest cars ever to wear the hallowed Flying B badge were immediately mothballed and VW’s endurance racing efforts switched back to more mainstream Audi ‘Silver Arrows’.

One of those stunning 215mph speedsters from 2003, though, is now in the private hands of experienced sportscar racing enthusiast Shaun Lynn and he will be contesting both showdowns for the Aston Martin Trophy for Masters Endurance Legends at the 2019 Classic – incredibly it will be the first time one of these magnificent Speed 8s has ever raced in the UK.

“We are absolutely thrilled that Shaun is joining us at the Classic to race his Speed 8,” enthused a delighted Ron Maydon, President of Masters Historic Racing. “This will be another iconic addition to our already impressive grid and is sure to be a massive crowd-pleaser. The Speed 8’s debut in a Masters’ race is all the more pertinent, of course, as Bentley is celebrating its centenary at the Classic and its Le Mans victories are very much a highlight of the brand’s incredible heritage.”

Bentley turned 100 earlier this month (W.O. Bentley was founded his eponymous company on 10 July 1919) and that milestone will be honoured with special displays, parades and races at the Classic.

Indeed Saturday’s packed programme concludes late in the evening with an evocative ‘Twilight Tribute to Le Mans’. Three spectacular sportscar races set at dusk will cover almost a century of round-the-clock racing and feature 150 great cars ranging from the Bentleys of 1920s right up to the superfast sports prototypes such as the Speed 8, Lola Aston Martin and a pair of striking Peugeot 908 HDi FAPs – another Le Mans winner. It’s not to be missed! 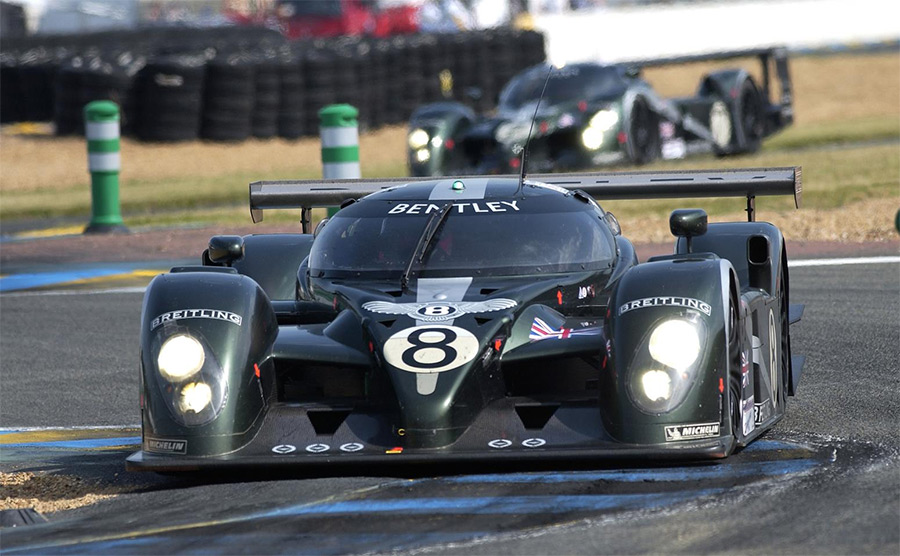 “We must thank Shaun massively for bringing the Speed 8 to Silverstone – it’s an incredible car and will be the icing on Bentley’s centenary birthday cake as we celebrate the company’s milestone 100th anniversary at the Classic,” said Nick Wigley, CEO of the Silverstone Classic. “Our special Saturday evening Twilight Tribute to Le Mans is now complete: it will kick off with a wonderful array of vintage Bentleys competing in the Pre-War Sportscar race and conclude at dusk with the Speed 8 racing into the sunset. Just perfect!”

This summer’s unrivalled roster of retro races also includes special anniversary celebrations for Capris, Minis and Abarths plus evocative showdowns for classic era Formula 1, Formula 2 and Formula 3 single-seaters, all together on the same Classic race-card for the very first time.

Providing great value, all tickets – which must be purchased in advance – also give access to a wealth of great family entertainment including period funfair rides, driving experiences, interactive games, massive car club displays plus live music concerts on Friday and Saturday evening which this summer pay homage to the seminal Woodstock festival of 1969. Along with access to both racing paddocks and open trackside grandstands, all of those fun-fuelled attractions are included absolutely free in the ticket price!

Adult tickets cost from just £45 and a wide range of child, young adult and family tickets are also available along with camping and hospitality options. Full details of all ticket prices are detailed on the silverstoneclassic.com website.

Sinister SRT Hellcat Redeye Paint Schemes to be Unleashed at...