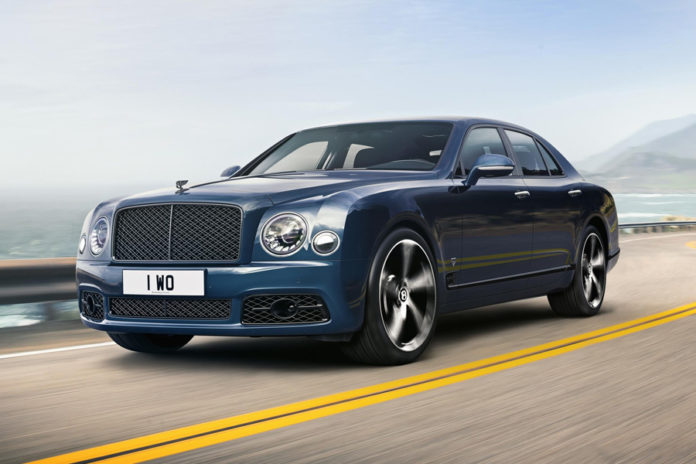 Bentley has today announced a final edition version of its flagship Mulsanne, the Bentley Mulsanne 6.75 Edition by Mulliner.

The exquisite Mulsanne 6.75 Edition by Mulliner will be restricted to just 30 unique examples, representing a fitting send-off for a masterpiece of British automotive engineering and craftsmanship. The car is inspired by – and takes its name from – the legendary 6¾-litre engine, which this year celebrates its 60th year in continuous production. 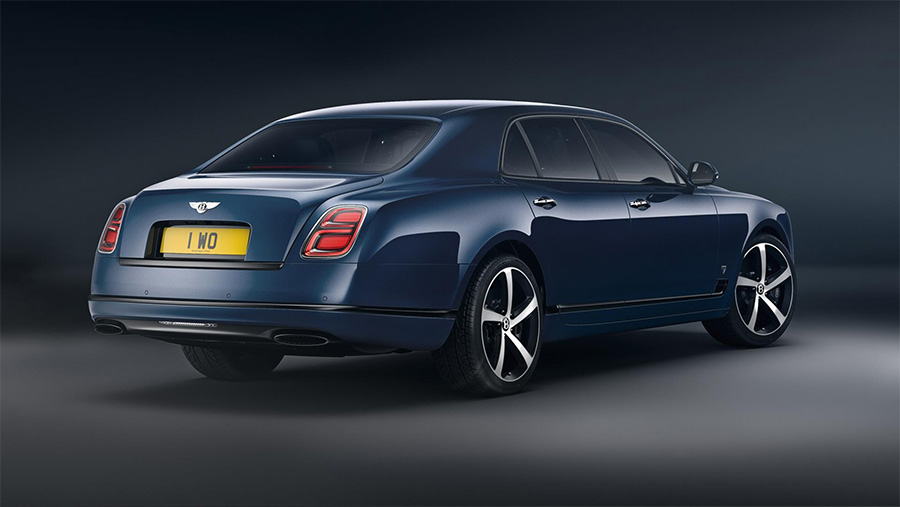 With the Mulsanne completing production once the thirty 6.75 Edition cars are built, the all-new Flying Spur will become Bentley’s flagship model, as the pinnacle of Bentley’s exquisite range of luxurious cars. With the Flying Spur to receive a hybrid powertrain by 2023, the move symbolises Bentley’s commitment to change and its journey to define the future of sustainable luxury mobility. The world’s most sought-after luxury car brand has already taken its first step on the road towards electrification with the launch of the Bentayga Hybrid – the luxury SUV sector’s first, true plug-in hybrid and the most efficient Bentley ever. 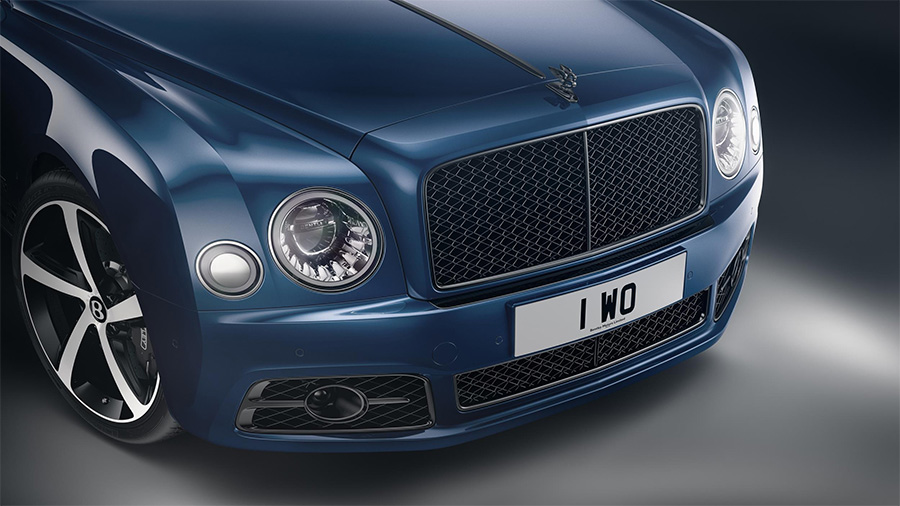 Chris Craft, Member of the Board, Sales, Marketing and Aftersales at Bentley Motors, comments:

“The Mulsanne has played a pivotal role in maintaining Bentley’s position as global leader of the luxury limousine segment. The flagship of our model range, its longevity is a testament to our ongoing commitment to hand-building the finest motor cars in the world. The new Mulsanne 6.75 Edition is the culmination of that achievement.

While production of the Mulsanne will end in Spring 2020, this decision has been taken at a time when we are experiencing significant customer demand across our other existing model lines. As such, we will be redeploying all of our manufacturing colleagues who currently work on the Mulsanne to other areas of the business.” 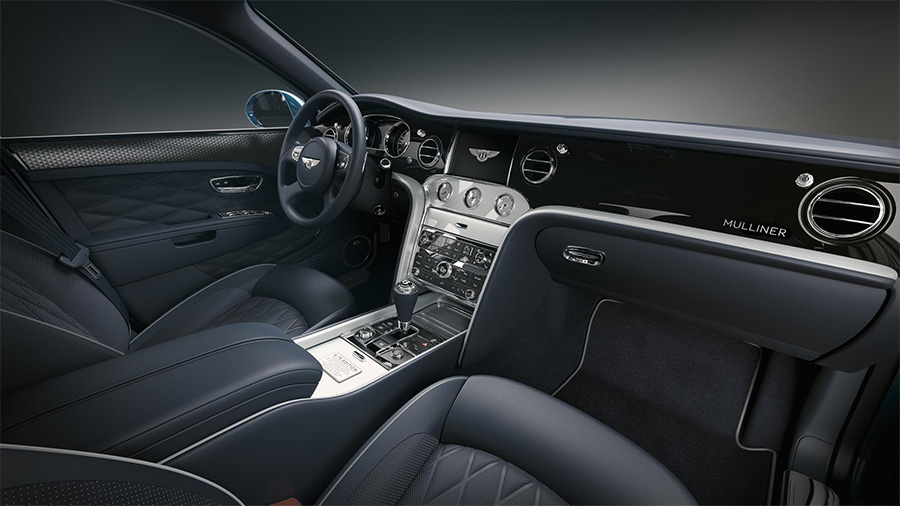 The truly unique Mulsanne 6.75 Edition by Mulliner celebrates one of the most iconic cars in Bentley’s illustrious history, and will be based on the existing 530 bhp, 1100 Nm Mulsanne Speed – the most driver-focused ultra-luxury sedan ever created. Subtle references to the 6¾-litre V8 are evident across the car: 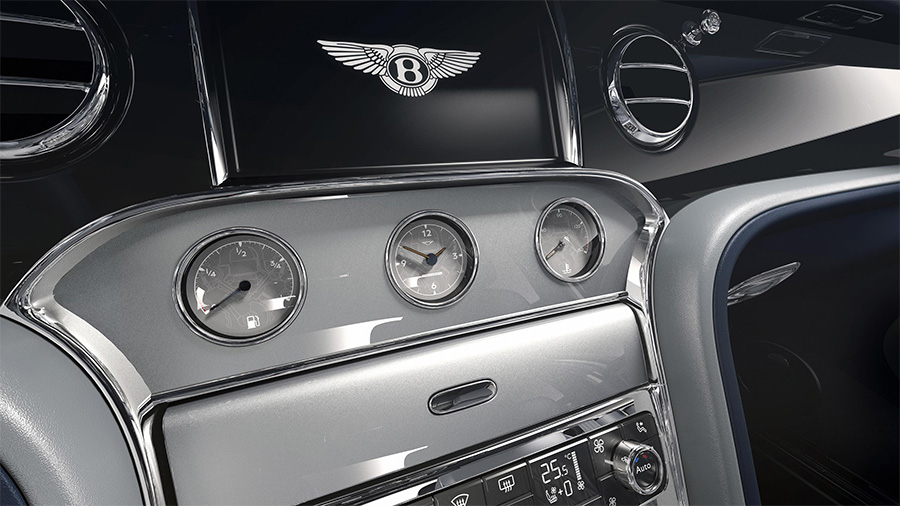 To the exterior of the car, gloss black brightware will accentuate the individual customer’s choice of paintwork, but with headlamps and tail lamps wrapped in bright chrome. Dark tint treatments to the Flying B bonnet mascot, Mulliner Serenity radiator grille and exhaust finishers bring definition to the front of the car, while the 21” five-spoke Mulsanne Speed wheel will feature a unique bright-machined finish with gloss black pockets.

Under the bonnet, the engine intake manifold will be finished in black in lieu of the traditional silver, and the Engine Number Plaque – traditionally signed by the craftsman that built the engine – will be signed by Bentley’s Chairman and Chief Executive, Adrian Hallmark. 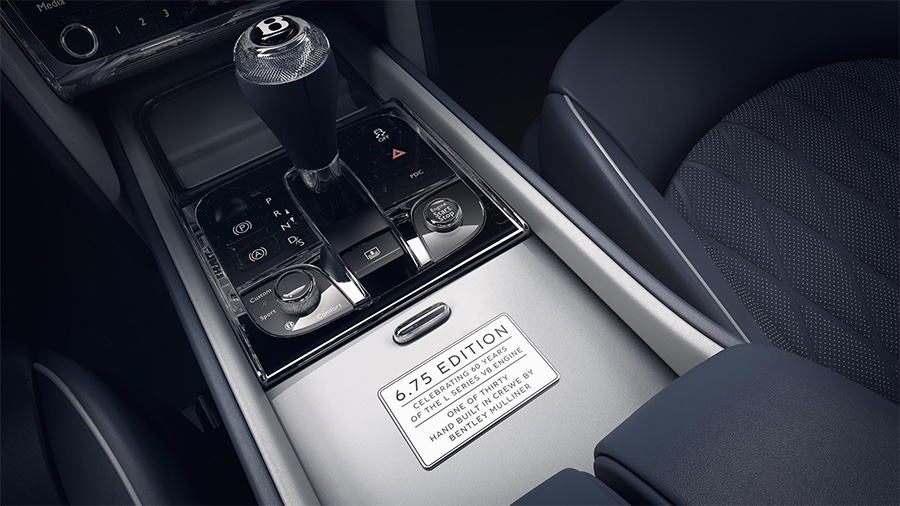 The plethora of unique features continues inside the cabin. Offered in four single tone hides – Imperial Blue, Beluga, Fireglow and Newmarket Tan – a bespoke colour split then adds accents in Silver across the cabin through seat piping, accent hide around the centre console, deep pile overmat bindings, and the accent colour showing through the perforated hide to the seats and door inserts. The centre console stack, together with the rear cabin console, will be finished in silver-painted veneer – with a unique metal commemorative plaque fitted to the front console. Fascias and waistrails will be finished in high-gloss Grand Black, with the latter also featuring inserts in Dark Engine Spin Aluminium. 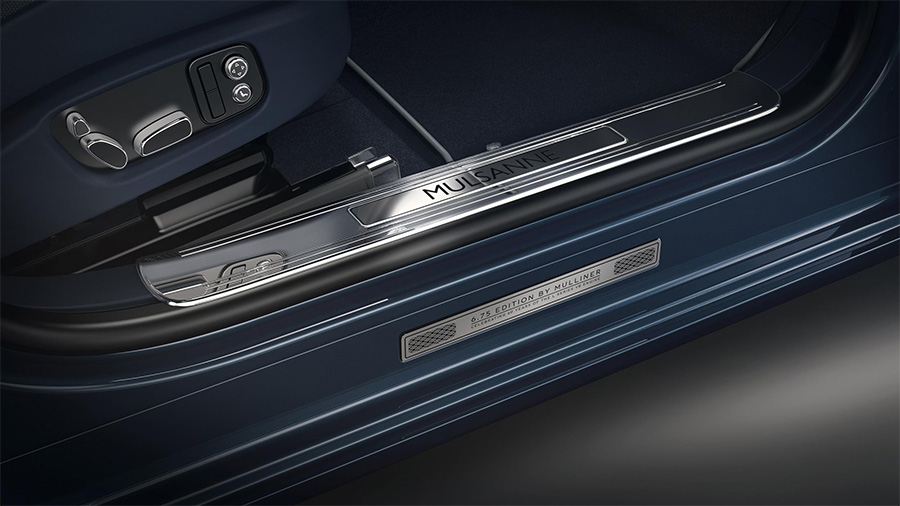 The Bentley Mulsanne is an iconic four-door saloon that set the benchmark in the luxury sector when it first appeared in 1980. Designed, engineered and hand-built in Crewe, England, the Mulsanne’s 6¾-litre engine is also the world’s longest-serving V8 of its type in continuous production. The powerful engine was first used in the 1959 Bentley S2 and although it has been re-designed many times over the decades, the basic principles and dimensions that have defined the engine for six decades remain the same.