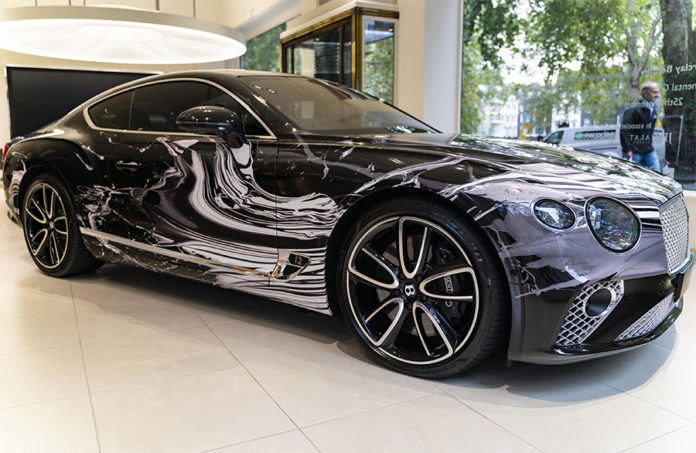 This hand-crafted Bentley Continental GT has been transformed with a design in Fridriks’ inimitable style, imbuing the car with a sense of speed and motion, even at rest. The Continental GT artwork is unique, and only available to one buyer. 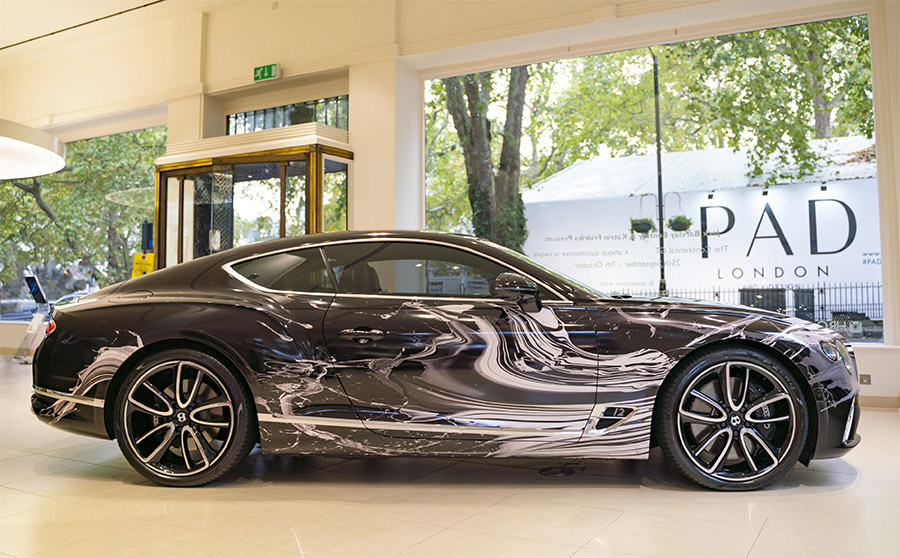 On display at Jack Barclay Bentley until 7th October, and then for special events at the JD Malat Gallery, the Continental GT artwork brings together one of Mayfair’s oldest institutions and one of its youngest. Jack Barclay Bentley – the world’s oldest Bentley dealership – this year celebrates its 92nd year in Mayfair, as the JD Malat Gallery marks its first anniversary.

Earlier this year, Fridriks hosted her first solo exhibition at JD Malat Gallery, exploring an unknown frequency between the colours black and white, uncovering an expanse Fridriks describes as the Grey Area. For this car and her broader ‘Speed of Light – Commander’ show Fridriks combined this Grey Area with another of her trademarks: speed – and specifically, the queen of all speeds. The Speed of Light. 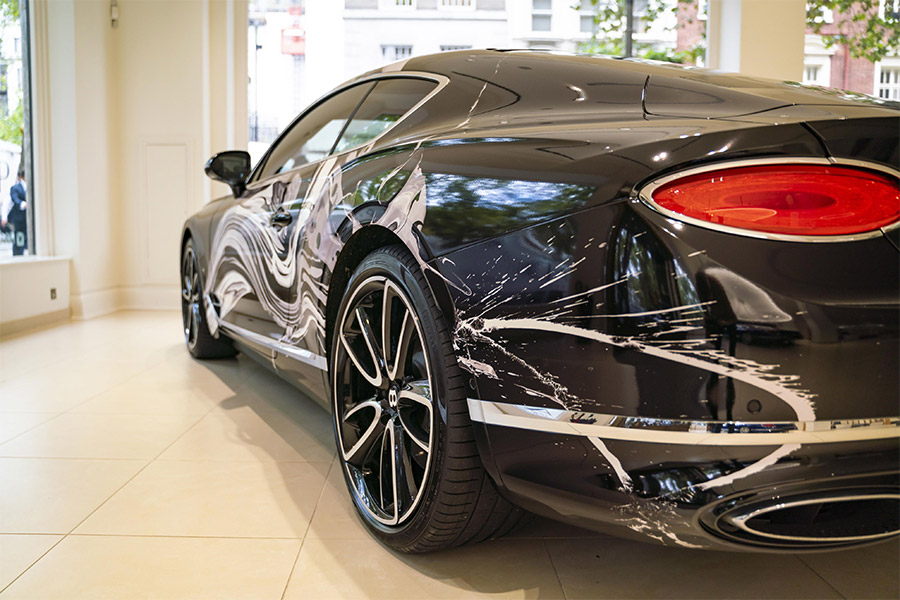 Utilising an exceptionally limited colour palette between black and white, the artist’s intervention allows the bold, hand-crafted lines of the car to come through her energetic liquid shapes. The abstract organic forms applied on the elegant surface of the powerful vehicle are following its impeccable design, accenting its raw performance and motion. Starting with harmonious flowing marks in the front and accelerating towards splattering paint on the back, she is offering a different and unique appearance of the car depending on the variety of viewing points. Able to capture the movement of paint in nanoseconds, the precision of her creative process is an extension of the fine-tuned engineering and craft in each and every Continental GT. 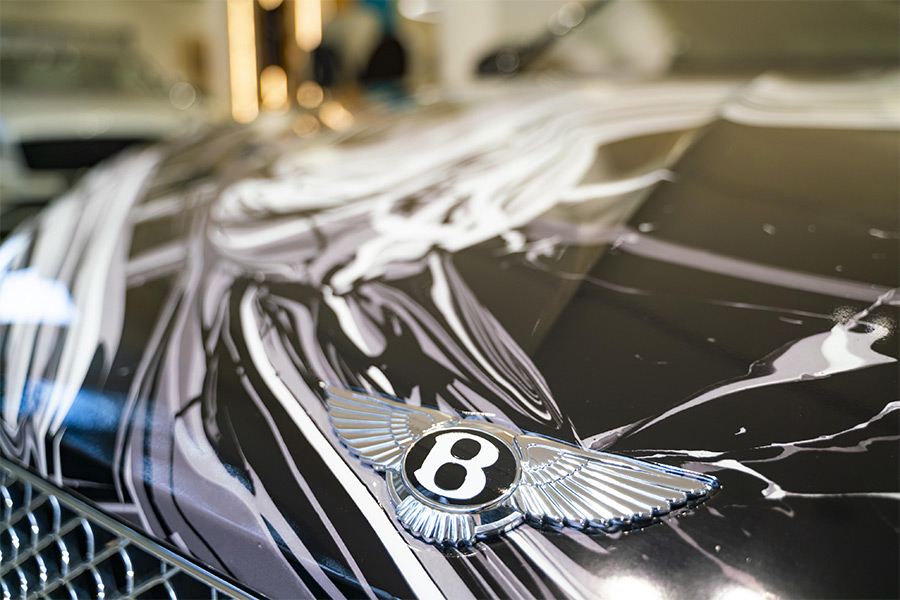 Katrin Fridriks explains: “I’m so excited about working in partnership with Jack Barclay Bentley to create this unique, automotive artwork.

“It’s the perfect marriage of the cornerstones of my art – capturing speed and energy, design, craftsmanship, precision and a strive for excellence.”

Jack Barclay Bentley, now managed by the H.R. Owen Group, is an important part of Bentley history that has been exquisitely preserved. Recently subject to a multi-million-pound renovation, the Jack Barclay site retains many of its original design features, including the chequerboard floor, art deco signage and ornate entrance.