Aston Martin Ready to Race in the Spirit of ’59 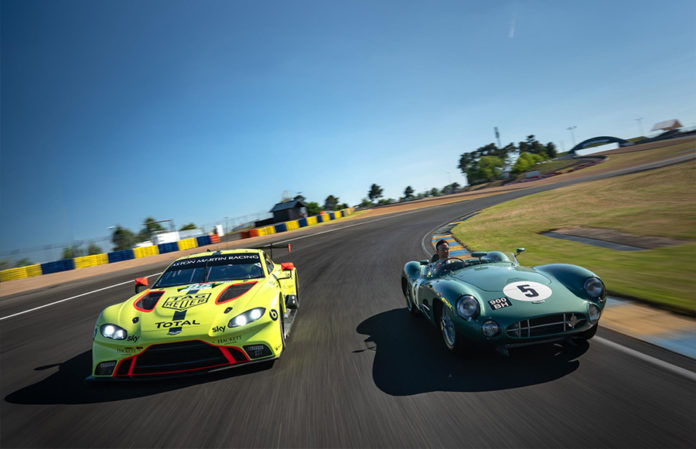 Aston Martin Racing heads into the 2019 24 Hours of Le Mans as a serious contender for victory in the fiercely-contested GTE Pro class, as the FIA World Endurance Championship (WEC) Super Season reaches its climax at the legendary Circuit de la Sarthe in France this weekend (15-16 June). 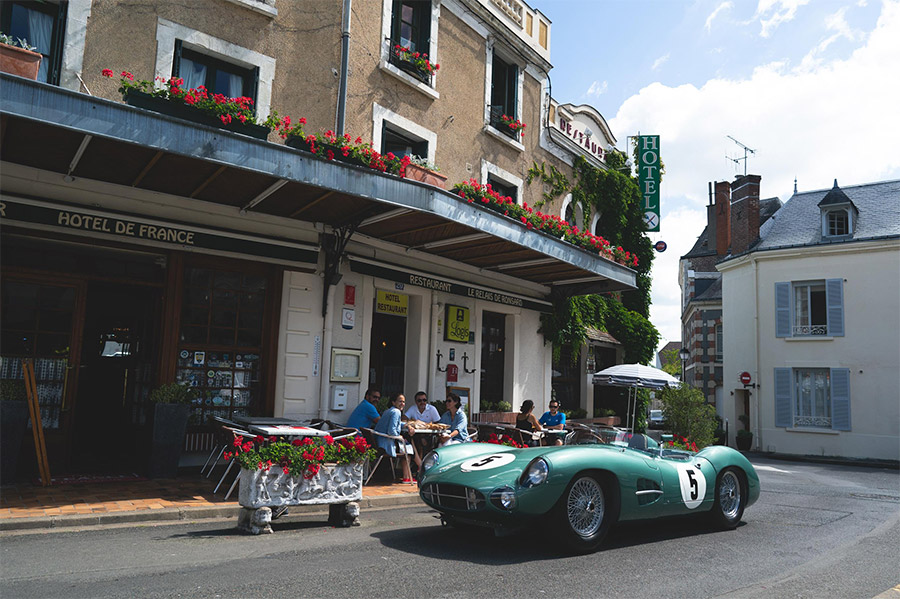 Sixty years on from Aston Martin’s greatest victory, when Roy Salvadori (GB) and Carroll Shelby (USA) took Aston Martin’s only outright win at Le Mans, the crews of the Vantage GTEs once again prepare to fight. In the front-running GTE Pro class, Aston Martin Racing will race against five of the world’s greatest sportscar manufacturers in a 17-car battle for supremacy. 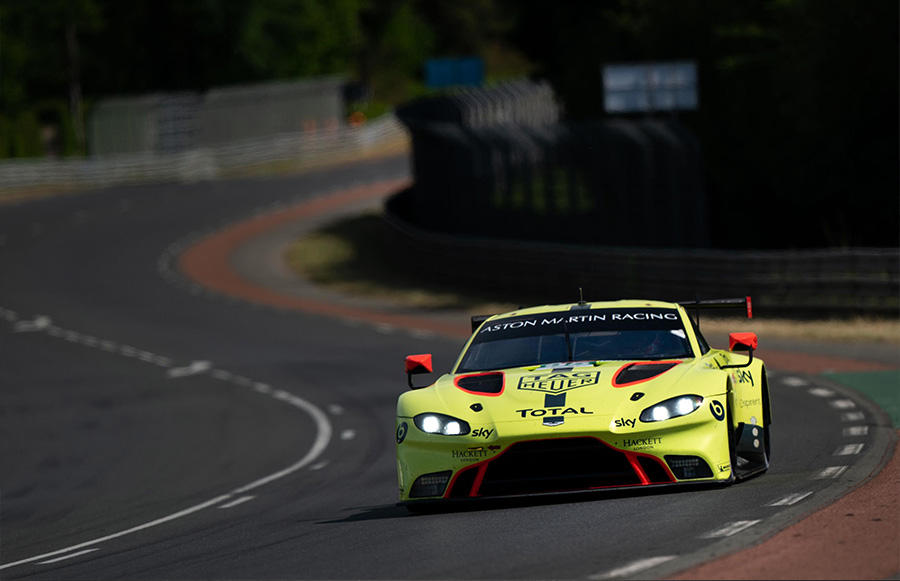 The British manufacturer comes into the event as the form team, having won two of the last three rounds of the WEC. The #95 crew of Nicki Thiim (DEN) and Marco Sørensen (DEN), who will be joined by three-time Le Mans class-winner Darren Turner (GB), scored the Vantage GTE’s first win at Shanghai in China last November. Then, at Spa-Francorchamps last month, Alex Lynn (GB) and Maxime Martin (BEL) delivered a stunning triumph in the #97 car that will also be driven by 2017 Le Mans victor and reigning British GT champion Jonny Adam (GB). 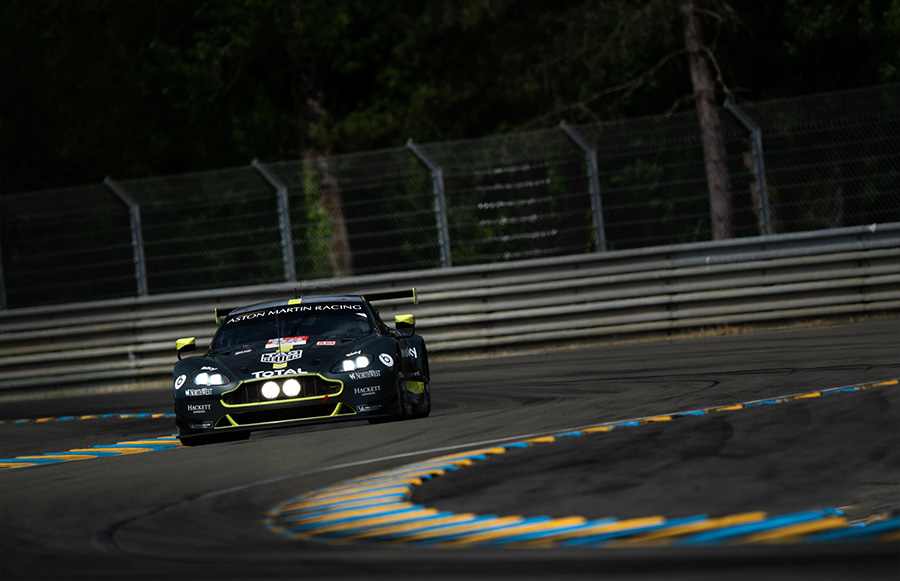 But the team is not underestimating the opposition. During the official test on the 8.467-mile Le Mans circuit, the top ten, which included the front-running Aston Martin using a revised aero package for the first time, was covered by just 0.7 seconds. This suggests that Le Mans could be an even closer fight than the famous battle Aston Martin won against Corvette in the final laps of 2017. 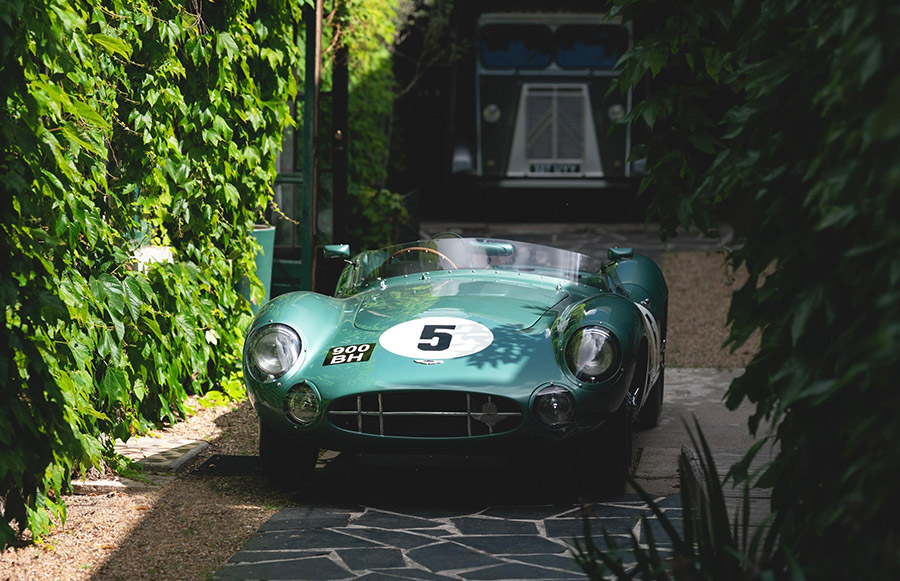 Not long after their glorious victory in 1959, Aston Martin’s DBR1s were retired from active service. The same is true of the Le Mans-winning V8 Vantage GTE this year. Aston Martin’s GTE-Am class teams will field brand new Vantage GTEs for the 2019-2020 WEC season, which concludes at next year’s twice-around-the-clock event. After much success, the V8 Vantage GTE will make its final swansong with two entries in this year’s event. 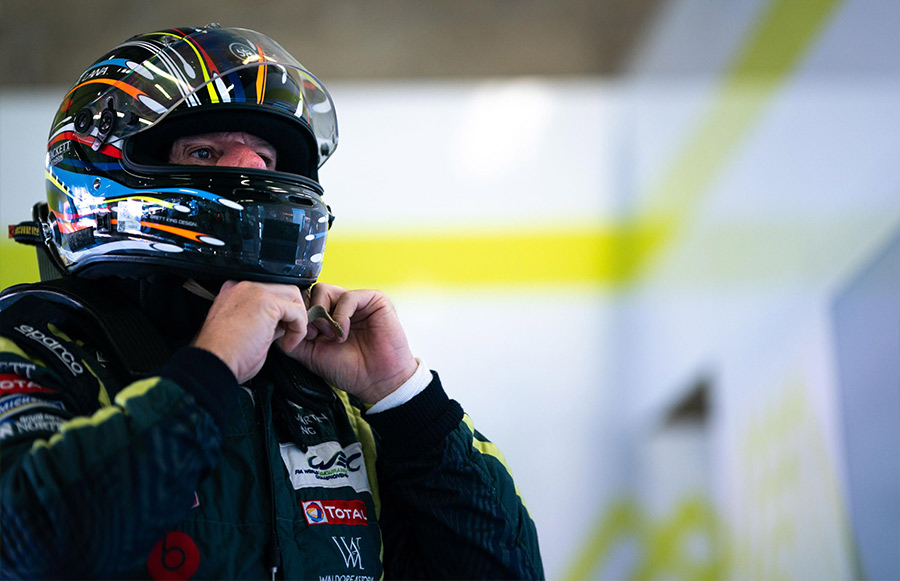 The works #98 V8 Vantage GTE will once again be driven by Paul Dalla Lana (CDN), Mathias Lauda (AUT) and Pedro Lamy (POR), a trio that has raced together for five seasons. During this time, they have delivered 16 WEC class victories and won the 2017 GTE Am title. The only thing missing from the trophy cabinet is the 24 Hours of Le Mans. The #98 crew also remains in contention to retain the title, being 36 points behind the leaders with 37.5 on offer. 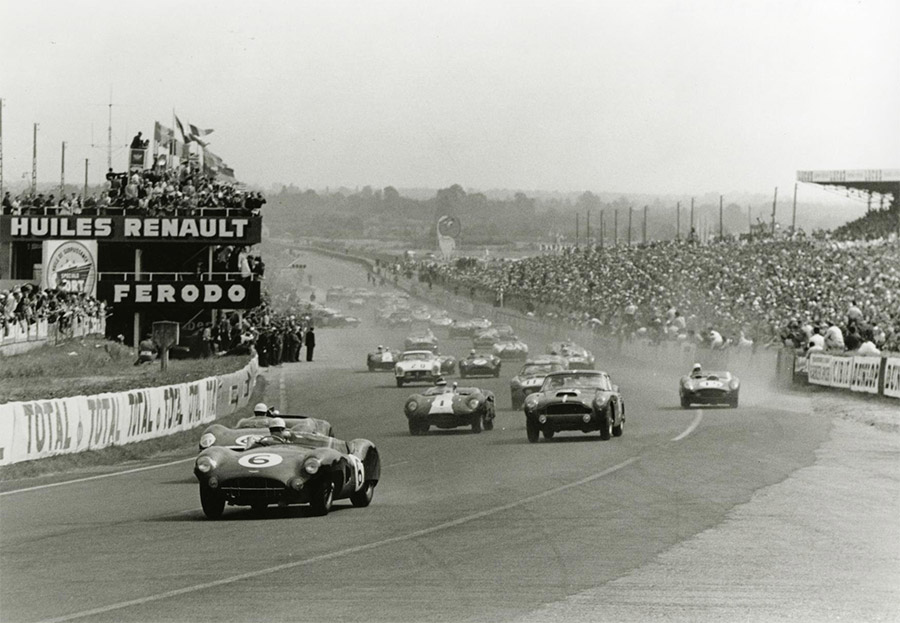 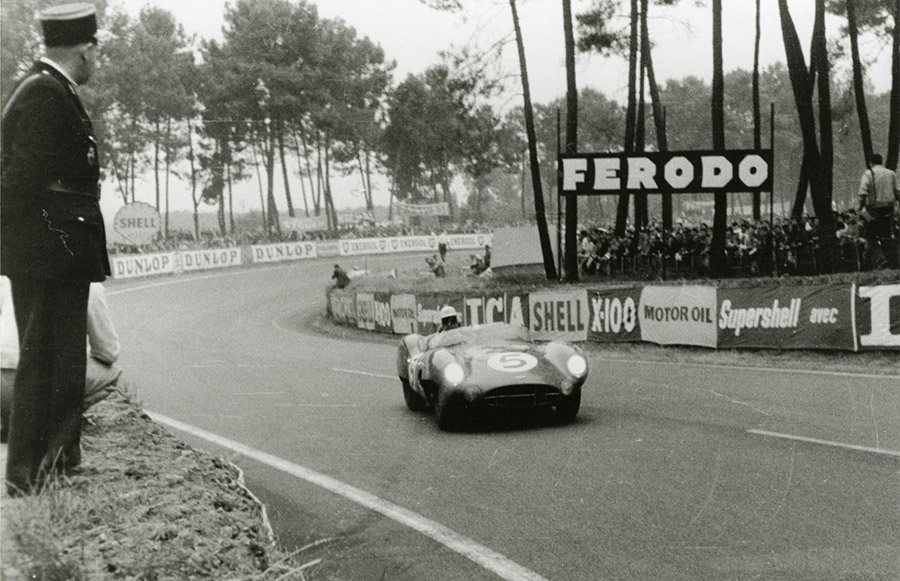 Aston Martin Racing Technical Director Dan Sayers: “The test day was a lot closer than last year’s and we are in a much more competitive position than we were 12 months ago, partly due to car development and to our increased understanding of the package. Last year’s Le Mans race was only the Vantage GTE’s second race. What we saw in the test was very encouraging. There is still a small gap to the fastest cars in the class, but we are confident we can find that over race week. This was the first time we’ve used the new aero pack and we’ve got some excellent data to work with. The car is very well-balanced, and the overall drivability has increased, so we are confident going in to Le Mans.” 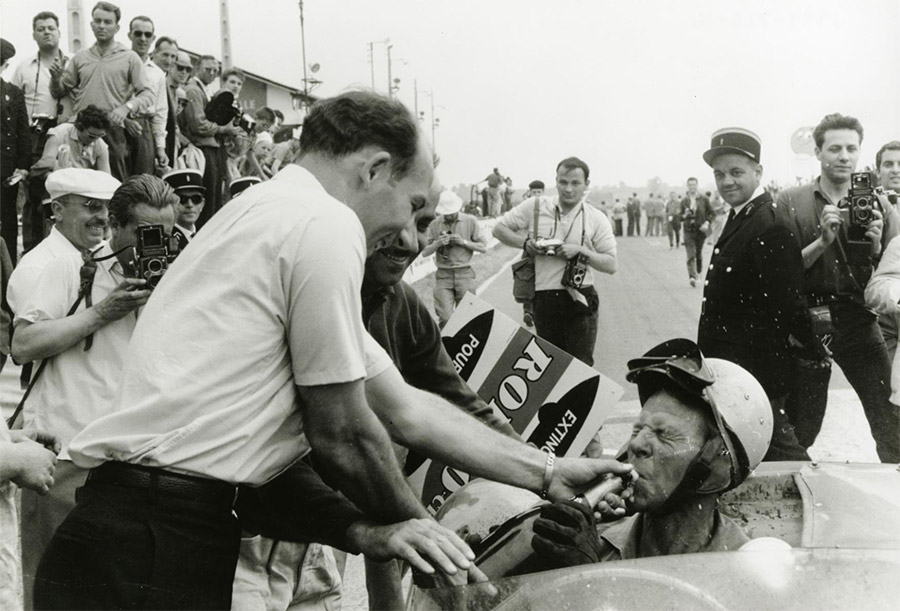 Aston Martin Racing Team Principal Paul Howarth added: “Le Mans is as much about preparation and focus as it is about pace. In order to be successful in the 24-hour race a team must manage every detail and be precise and disciplined in all of its procedures. We have given 100 per cent focus in every aspect of the team’s build-up to Le Mans, from garage build to track time, so that we are in a maximum state of readiness to take advantage of all the opportunities that arise for this event and are ready to fight at the front of the field.” 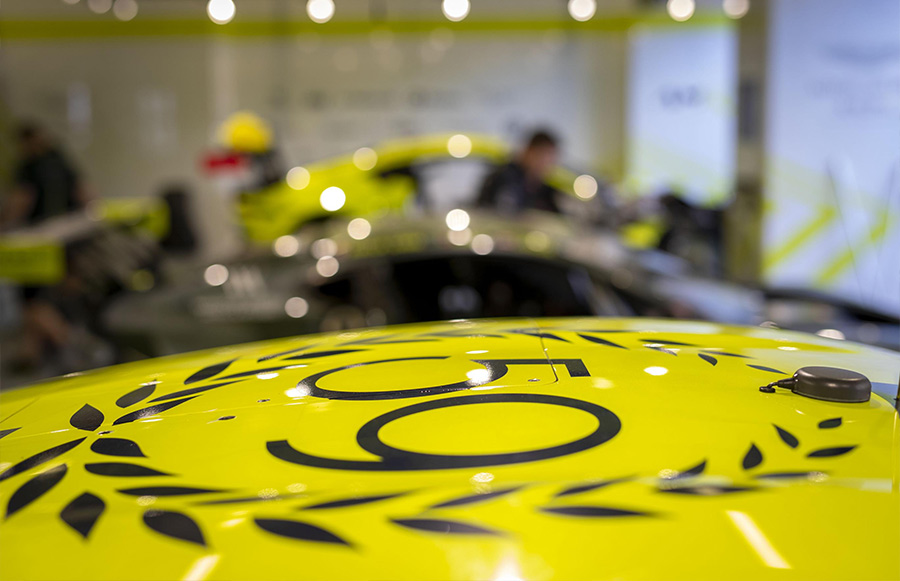 Aston Martin Vice President Chief Special Operations Officer and President Aston Martin Racing David King said: “The 2019 24 Hours of Le Hours probably has the greatest field of GT cars ever assembled for the event – 34 across GTE Pro and Am – and it is with great pride that we can say that four of them will be Aston Martins that are capable of contending for victory. Aston Martin’s history is tightly woven in the heritage of the event, and this year’s 60th anniversary of our famous win in 1959 reminds us of the racing spirit that comes from the very core of the company. Back then, engineering, intelligence and planning were blended with brilliant driving talent and the race-craft of a crack team of dedicated people. The same is true of this year’s team, and with luck on our side and a clear run, we can honour this occasion with a result worthy of it.”

An Aluminum-Bodied Aston Martin Zagato?…Yes, and Now is Your Chance to Buy...