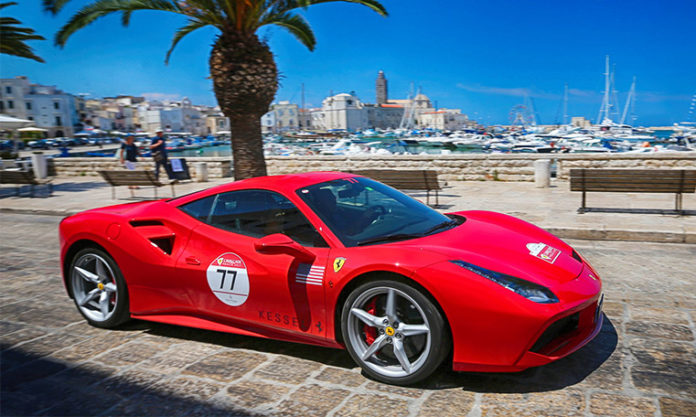 The sixth edition of the Ferrari Cavalcade took place June 21 to 25 in Apulia, and a “travelling show” of over one hundred Ferraris came from all over the world to participate. The event is restricted to the most loyal customers and collectors, who share their passion for the Prancing Horse by visiting some of Italy’s most beautiful areas every year. 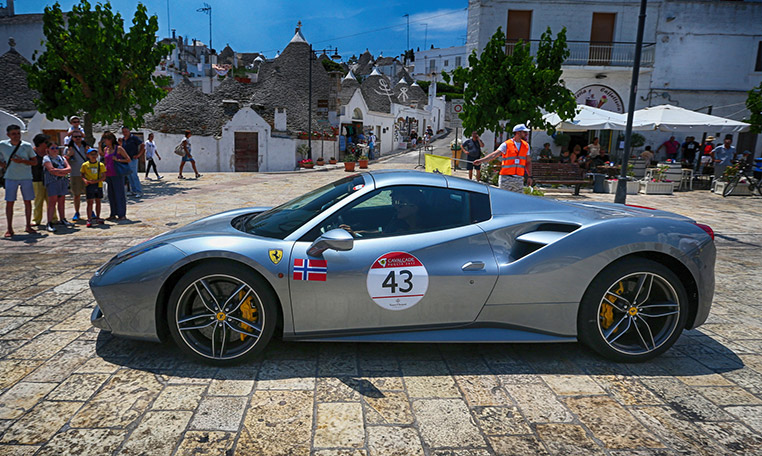 For Ferrari, which turns 70 this year, it was an opportunity to celebrate an important anniversary and introduce its international customers to the beauty, customs and culture of a new Italian region after helping them discover unique landscapes in Veneto, Emilia-Romagna, Tuscany, Lazio and Sicily in previous editions.

The “base camp” of Ferrari Cavalcade was located at Borgo Egnazia, in the Savelletri countryside that straddles the Brindisi and Bari provinces. From there, all participants drove along scenic routes in their Ferraris, meandering through villages and cities of art. The programme combines Mediterranean charm and sheer driving fun, particularly thanks to some experiences designed to give the vehicles free rein and unleash their full potential. 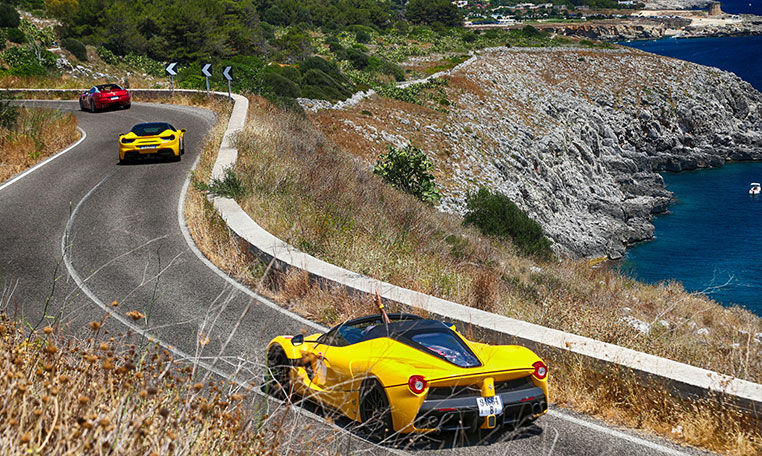 The star of Day 1 was Matera, the Basilicata town that is a UNESCO World Heritage Site and was named 2019 European Capital of Culture. An adrenaline-filled acceleration test awaited customers at the Gioia del Colle Italian Airforce Base. Castel del Monte, Trani and the old city centre of Bari was the art and history destinations for Day 2, which also included a stop at the Autodromo del Levante race track, where the Ferraris competed against each other in a driving skill tests. The weekend started with a trip to Santa Cesarea and Lecce, whilst on Sunday the Cavalcade went through the Valle dei Trulli, with a stop at Alberobello, and ended with a gala dinner at Polignano a Mare. 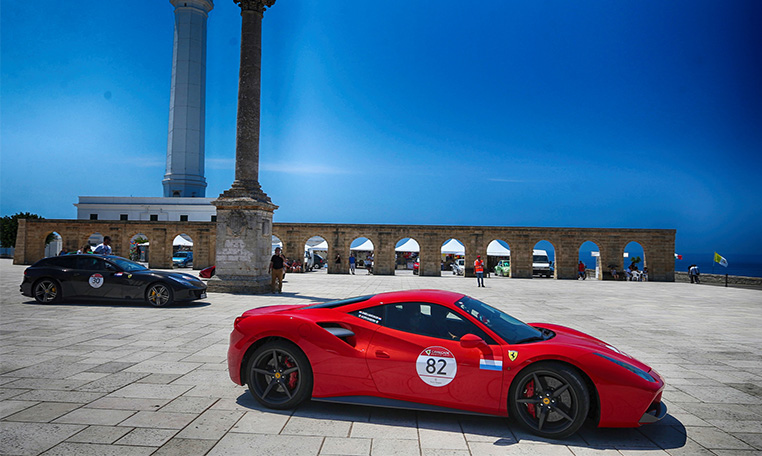 The list of over 30 Countries the participants come from is a testament to the brand’s global appeal: all five Continents are represented, all sharing the same passion for Ferrari.

The Ferrari models registered for the event are mainly recently-manufactured ones: from GTC4Lusso via F12tdf and California T through to 488 Spider. The “jewels in the crown” will include some special limited series, such as the F40, the F50 and the Enzo. LaFerrari Aperta – the iconic car that symbolises Ferrari’s 70th anniversary – will also attend.

Photos and videos of the Ferrari Cavalcade will be available at the end of the event upon request, or at Ferrari.com.