British motorsport specialist, Prodrive, will be one of the first major teams in the world to compete with a new generation of advanced sustainable fuels in an FIA championship, when it competes in the FIA World Cup for Cross Country Rallies later this … 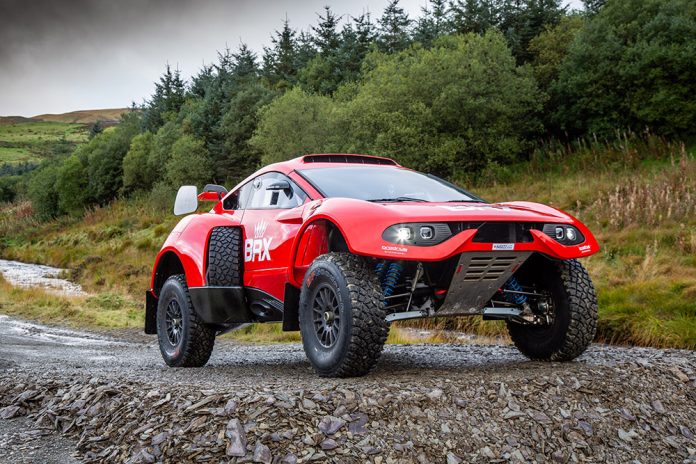 British motorsport specialist, Prodrive, will be one of the first major teams in the world to compete with a new generation of advanced sustainable fuels in an FIA championship, when it competes in the FIA World Cup for Cross Country Rallies later this year.  The Prodrive-run Bahrain Raid Xtreme (BRX) team will then use this fuel at the Dakar rally in January to demonstrate that such sustainable fuels can be used as a direct replacement for fossil fuels in standard production vehicles.

Prodrive has developed the sustainable fuel over the past eight months in conjunction with UK-based, Coryton Advanced Fuels.  Called Prodrive ECOpower, it has been specifically developed to demonstrate the environmental benefits of the latest sustainable fuel technology. The main components are generation 2 biofuel, manufactured from agricultural waste, and efuels created by capturing carbon from the atmosphere. As a result, the fuel reduces greenhouse gas emissions by 80% compared to equivalent petrol.

Prodrive, chairman, David Richards, said: “I am a great advocate of motorsport taking the lead in developing, proving and promoting new technologies that can help address climate change. Covering thousands of miles across the toughest terrains, the Dakar and the FIA World Cup for Cross-Country Rallies are the perfect environment to showcase the benefits of the next generation of sustainable fuels and demonstrate that they can be used in road vehicles to reduce the use of fossil fuels, while still offering the same performance and range.”

The fuel has been developed at Prodrive’s powertrain facility at its headquarters at Banbury in the UK and has been run in the BRX team’s Prodrive Hunter T1+ car in the same unmodified engines which previously ran on petrol.

While Prodrive ECOpower has been developed for motorsport use, this sustainable fuel can be used as a direct replacement for unleaded petrol in almost any vehicle and the company is planning to run a near identical fuel in a number of its road vehicles to further prove out the technology.

Coryton CEO, Andrew Willson, said: “Coryton has a long history in blending bespoke fuels for the motorsport industry, and to further support our customers evolving needs, we’ve recently launched Sustain, our new sustainable fuels offering. We knew that partnering with Prodrive would be an ideal way to test our capability in some of the world’s most challenging racing environments, alongside some of the finest engineering expertise in the industry.”

The Prodrive Hunter T1+ has been specifically designed to compete at the Dakar in Saudi Arabia and in cross-country rallies across the world.  The four-wheel drive car can cross almost any terrain, from sand dunes to rocky mountain tracks, at high speed and over the two weeks of the Dakar will cover more than 7,500km.

The BRX team has carried out extensive testing in the UK and is now heading to the Middle East for more extensive endurance work in the same conditions it will experience at the Dakar.  The team will then compete at the Abu Dhabi Desert Challenge and Hail Rally before heading to the Dakar which starts on January 1.