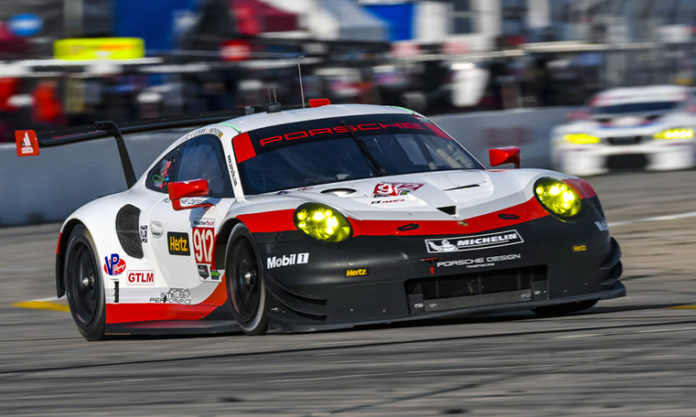 The Porsche GT Team tackles round four of the IMSA SportsCar Championship with two new 911 RSR at the Circuit of the Americas in Austin on 6 May. Last year on the 5.513-kilometre Grand Prix course in the capital of Texas, Porsche celebrated a double victory in the GTLM class. So far this season, the new 911 RSR has secured second at Daytona and third at Long Beach. As part of the supporting programme, the GT3 Cup Challenge USA will also race with the new GT3 Cup. 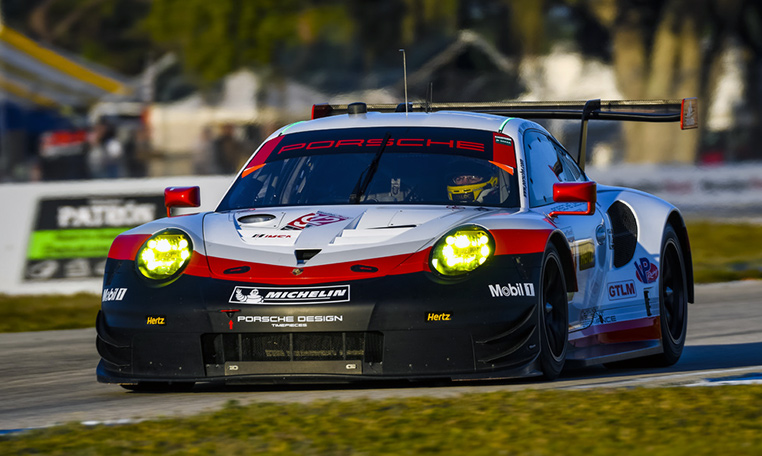 The Circuit of the Americas (COTA) with its combination of fast and slow corners is a challenging and very popular circuit for racing drivers. Austin too is worth a visit: the city has a vibrant student atmosphere and nowhere else in the USA has as many clubs and bars with live music 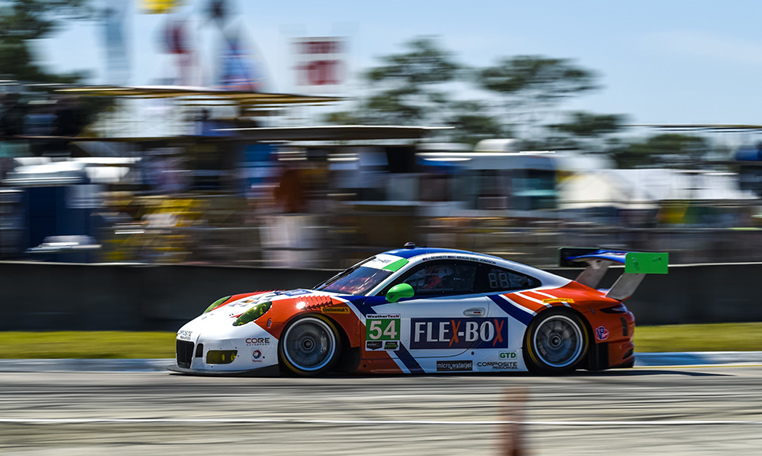 Sharing the #911 cockpit of the RSR 911 in Austin are Patrick Pilet (France) and Dirk Werner (Germany). Laurens Vanthoor (Belgium) is joined in the cockpit of the #912 sister car by a new teammate: For this race, Wolf Henzler replaces Kévin Estre (France), who contests round two of the Sports Car World Endurance Championship WEC in Spa-Francorchamps for Porsche on the same weekend. In the GTD class, Jörg Bergmeister (Germany) drives a Porsche 911 GT3 R for Park Place Motorsports, with customer teams Alegra Motorsports, CORE Autosports and TRG also fielding their 911 GT3 R. 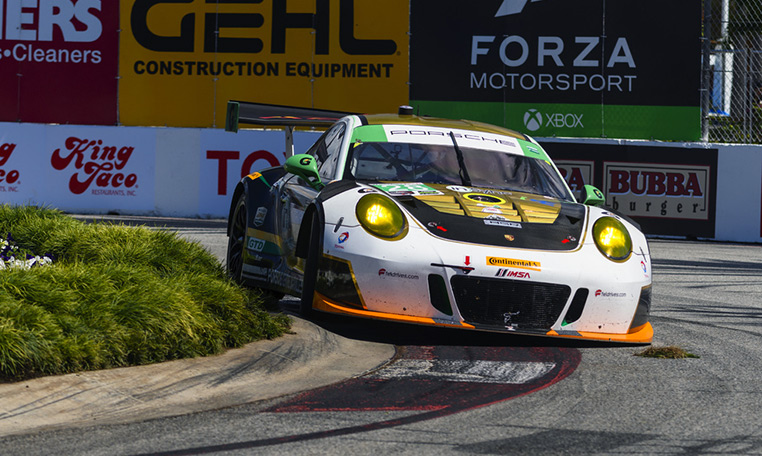 The 911 RSR is a completely new development and is campaigned by the Porsche GT Team in both the IMSA SportsCar Championship and the Sports Car World Endurance Championship WEC. Depending on the size of the restrictor, the motor, which is now positioned in front of the rear axle, puts out around 375 kW (510 hp). The level of downforce and the aerodynamic efficiency were significantly improved. The 911 GT3 R, mounted with the new ultra-modern, four-litre, flat-six engine with direct fuel injection, was designed by Porsche for worldwide GT3 series on the basis of the 911 GT3 RS production sports car. The 911 GT3 Cup tackles the season with a newly-developed drive. Thanks to thoroughbred motorsport technology, the compact engine with direct fuel injection delivers a peak performance of 357 kW (485 hp).

Comments before the race

Dr Frank-Steffen Walliser, Head of Porsche Motorsport: “The Circuit of the Americas is a fantastic and very demanding racetrack, so it’s a real challenge for our drivers and teams. We’re showcasing two new Weissach-developed cars to the many Porsche fans who travel from all over Texas to see the race: The 911 RSR is run in the IMSA SportsCar Championship, and the 911 GT3 Cup in the GT3 Cup Challenge USA. What we want to achieve with the 911 RSR in Austin is obvious: After securing third place at Long Beach and second at Daytona, the first win of the season has to be our goal.” 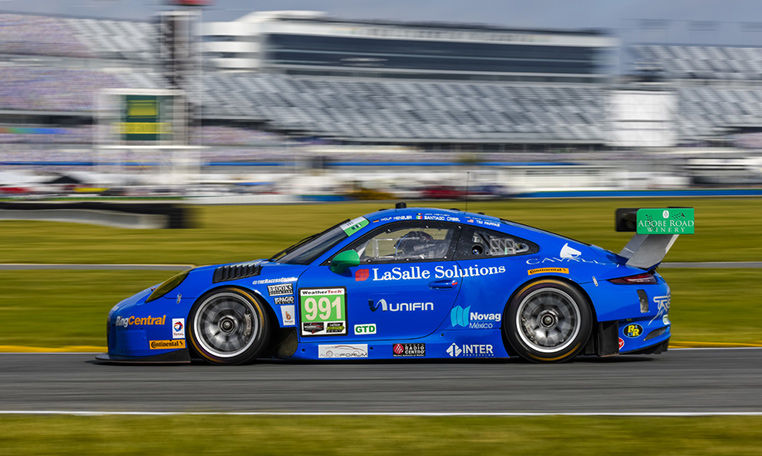 Marco Ujhasi, Overall Project Manager GT Works Motorsport: “Setting up the cars for Austin is the real challenge. The Circuit of the Americas, which was purpose-built for Formula 1, is a wonderful racetrack that leaves nothing to be desired with its diversity. For this reason, the key to success is to achieve the right vehicle setup, which means finding the right mechanical setup for the slow corners, and the right aerodynamic setup for the fast corners. We did some pre-season testing in Austin with the 911 RSR and we hope that we can now turn some of the insights that we gained into a strong performance and a good result.”

Sebastian Golz, Project Manager GT Customer Motorsport: “The characteristics of the Circuit of the Americas make this race a highlight. And it also makes the setup of the race car a complex riddle. For the ultra-fast corner combinations you need plenty of downforce so that the driver can keep his foot on the throttle, but to exit the slower corners you need very good traction. We’re confident that with the 911 GT3 R our customer teams have a very good car for this circuit with which they can fight for victory.”

Patrick Pilet (911 RSR #911): “Although Austin is one of my favourite racetracks in the USA, I’ve not had much luck there by now: When Porsche claimed double victory last year I was sitting in the car that came second. And two years ago I ran out of fuel just before the finish. We had to refuel in the pits and I came third. I’m very much looking forward to competing on this track with the new 911 RSR. The fast corners suit our car perfectly.” 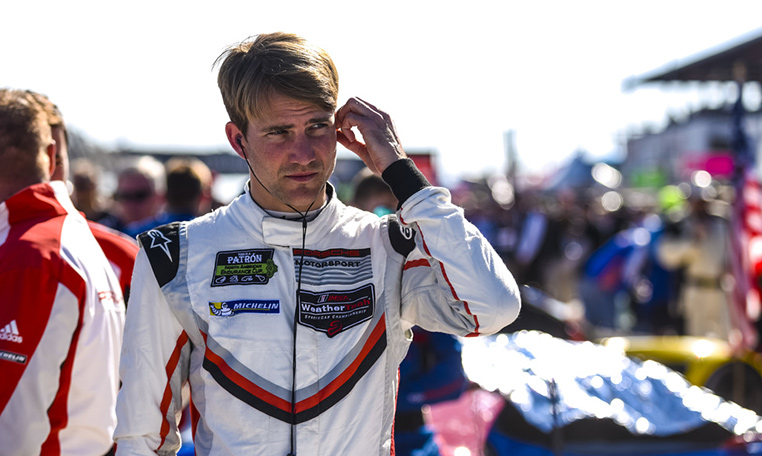 Dirk Werner (911 RSR #911): “The Circuit of the Americas has a very different character compared to the other tracks we normally race on in the USA. If you make a mistake here you have wide run-off zones instead of immediately ending up in the walls like recently on the street circuit of Long Beach. Porsche has always done well in Austin and that makes me optimistic. I hope we can earn plenty of points again so that we can then concentrate completely on Le Mans.”

Laurens Vanthoor (911 RSR #912): “Like all the racetracks in the USA, the Circuit of the Americas is new territory for me. For this reason I have to try and make the best possible use of the free practice so that I can quickly familiarise myself with the course. I’m not only facing a new circuit, but I also have a new teammate. I’m looking forward to my first race with Wolf. He knows the track and I bet he has some good tips for me.”

Wolf Henzler (911 RSR #912): “I’ve driven the new 911 RSR at several tests but I’ve never raced it. So I’m particularly looking forward to Austin and competing for the Porsche GT Team. I’m familiar with the track from the WEC. It should suit our new car very well.” 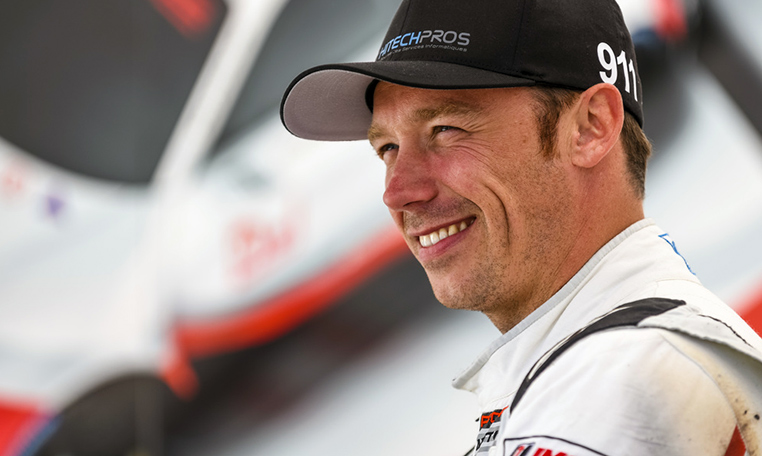 Jörg Bergmeister (911 GT3 R #73): “In the past, the Austin round has always been contested in September. Let’s see whether the temperature makes a major difference. In any case, I’m always excited to race here. It’s interesting and it’s also really challenging, not least because of the extraordinary corner combinations – just what I like.”

This is the IMSA SportsCar Championship

The IMSA SportsCar Championship is a sports car race series contested in the USA and Canada, which was run in 2014 for the first time. The series was formed from the merger of the American Le Mans Series and the Grand-Am Series. Sports prototypes and sports cars start in four different classes: GTLM (GT Le Mans), GTD (GT Daytona), P (Prototype) and PC (Prototype Challenge). The new Porsche 911 RSR runs in the GTLM class, with the Porsche 911 GT3 R contesting the GTD class.