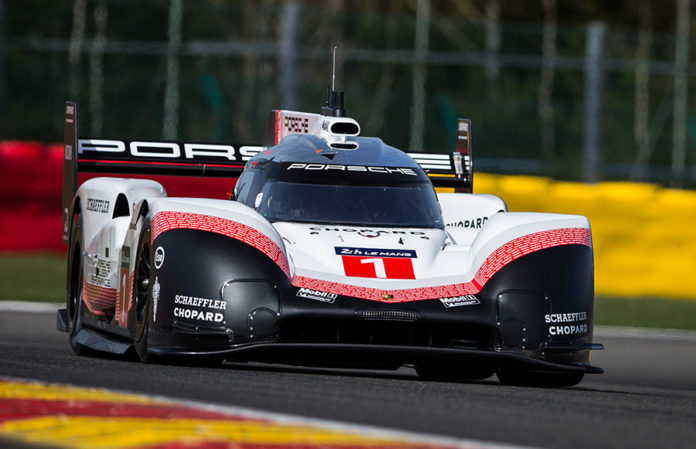 Porsche works driver Neel Jani lapped the 7.004 kilometre long Belgian Grand Prix Circuit in the Ardennes mountains in 1:41.770 minutes. The 34 year old Swiss has beaten the previous record by 0.783 seconds that was set by Lewis Hamilton (GB) at the wheel of a Mercedes F1 W07 Hybrid. Hamilton’s lap of 1:42.553 minutes dates back to August 26 in 2017 and secured him pole position for last year’s F1 race. Jani achieved a top speed of 359 km/h and an average speed of 245.61 km/h on his record lap that he started at 10:23 hrs. Ambient temperature was 11° Celsius, track temperature was 13° Celsius. 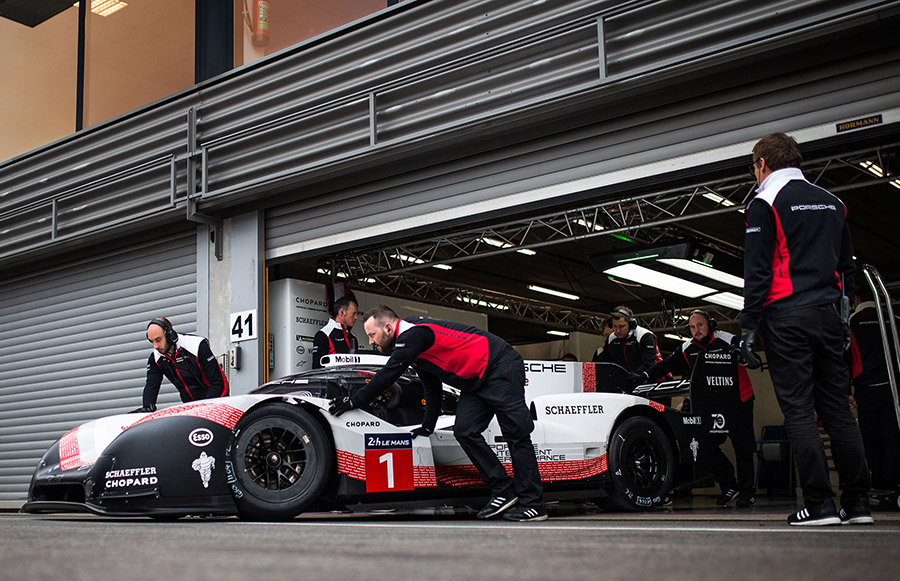 Fritz Enzinger, Vice President LMP1: “This was an absolute fantastic lap – an outstanding drivers’ performance from Neel and the result of great engineering. Today’s track record impressively proves the ultimate performance of the most innovative race car of its time. Our target was to show what the Porsche 919 Hybrid is able to do when we loosen the restrictions that normally come from the regulations.”

Team Principal Andreas Seidl: “This additional success is the result of the LMP team’s hard work and a proud day for the engineers. One can only congratulate Neel and the entire crew for achieving it. All six 2017 LMP1 drivers contributed to the project. It was our target to show the Porsche 919 Hybrid’s abilities when we ease the restrictions that came from the World Endurance Championship regulations.” 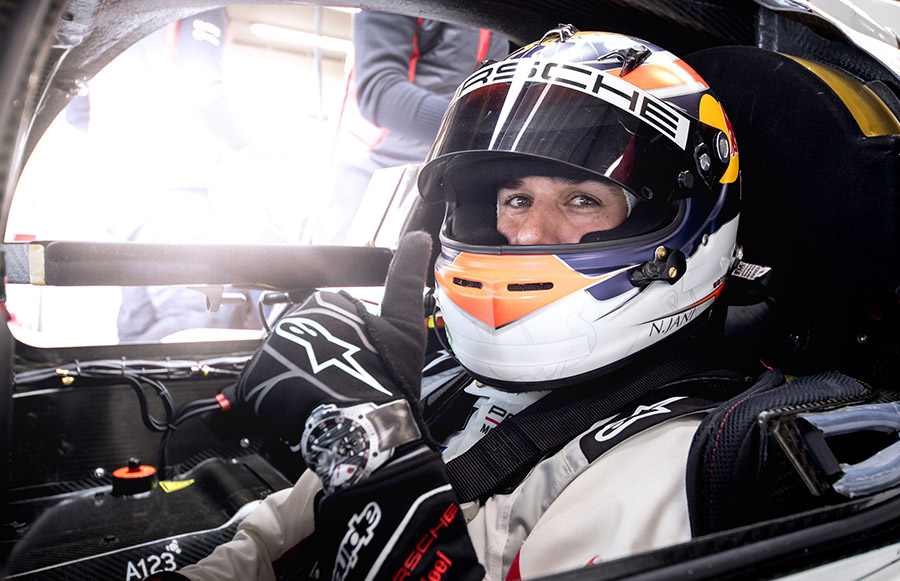 With the 919 Hybrid, Porsche has won the Le Mans 24-Hours from 2015 to 2017 three times in a row as well as the world champion titles for both, manufacturers and drivers, in the FIA World Endurance Championship (WEC) during the same years.

Neel Jani: “The 919 Evo is brutally impressive. It is definitely the fastest car I ever drove. The grip level is at a fully new dimension for me, I couldn’t imagine this amount beforehand. The speed on which everything happens on a single lap with the 919 Evo is that fast that the demand on reaction speed is very different to what I was used to in the WEC. We are not only faster than the F1 pole from 2017. Today’s lap was twelve seconds faster compared to our WEC pole position from last year! We have had three very intense days at Spa. Today I knew on the very first lap in the morning that the car’s performance was super. The race engineers did a great job setting up the car and the Michelin tyres are sensational. A big thank you to Porsche for this experience.” 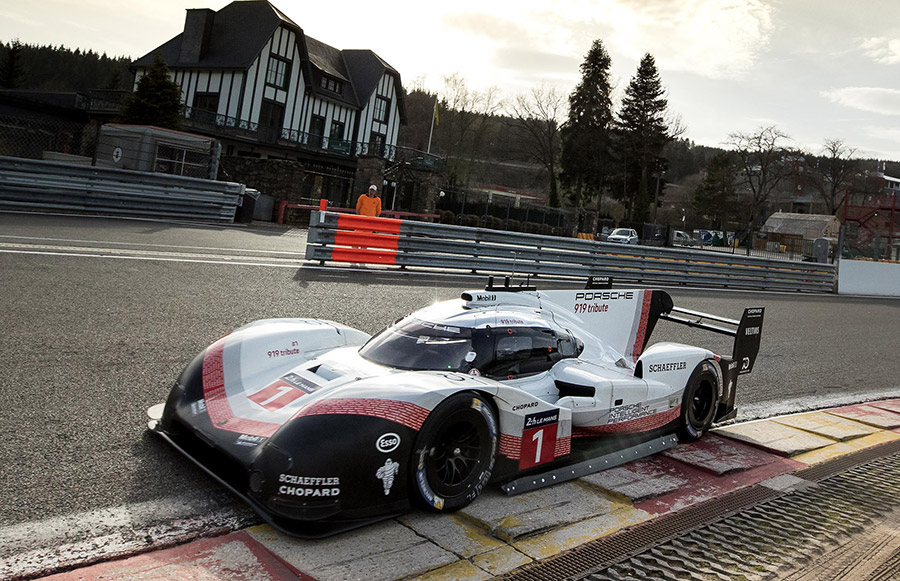 Porsche 919 Hybrid Unchained for the record

The technical regulations from the FIA for the WEC and Le Mans successfully delivered close competition between the conceptually very different class 1 Le Mans hybrid prototypes entered by Audi, Porsche and Toyota. As a consequence this never allowed the question – what would be the potential of the Porsche 919 Hybrid if it wasn’t chained by the limitations – to be answered; until now.

Stephen Mitas, Chief Race Engineer LMP1, was heading the project: “It was kind of an engineer’s dream come true for us”, the Australian admits. “Having developed, improved and raced the car for four years, the guys had a very close relationship to it. We all knew, no matter how successful the 919 Hybrid was, it could never show its full abilities. Actually even the Evo version doesn’t fully exploit the technical potential. This time we were not limited by regulations but resources. It is a very satisfying feeling that what we’ve done to the car was enough to crack the Formula One record.” 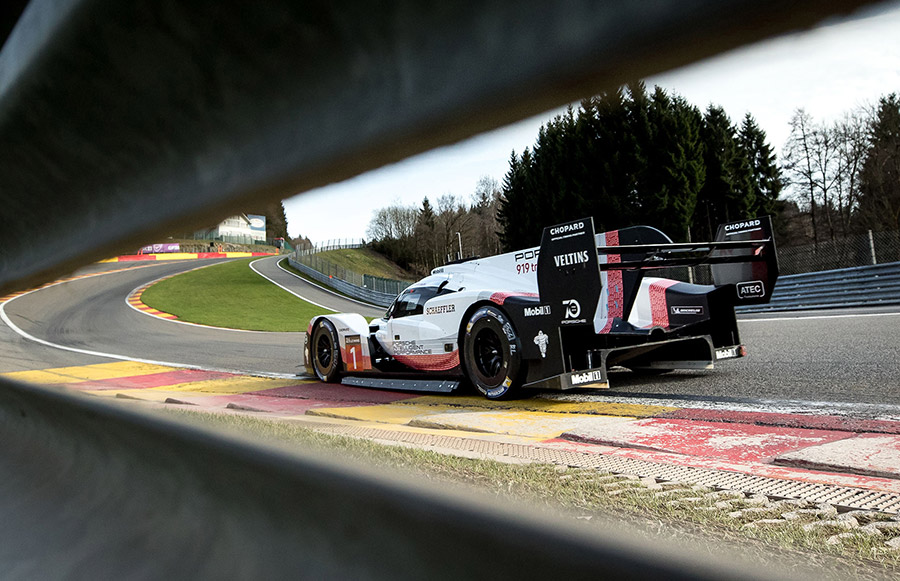 To prepare the record car, the base was the 2017 world championship car. On top came developments that were prepared for the 2018 WEC but never raced after the end of 2017 withdrawal. Additionally, several aerodynamic modifications were made.

For the ‘Porsche 919 Hybrid Evo’ the entire hardware of the power train remained untouched. The 919 is powered by a compact two-litre turbo charged V4-cylinder engine and two different energy recovery systems – brake energy from the front axle combined with exhaust energy. The combustion engine drives the rear axle while the electro motor boosts the front axle to accelerate the car with four-wheel drive. At the same time it recuperates energy from the exhaust system that otherwise would pass unused in to the atmosphere. The electrical energy that comes from the front brakes and the exhaust system is temporarily stored in a liquid-cooled lithium ion battery.

The WEC efficiency regulations limited the energy from fuel per lap by using a fuel flow meter. At the 2017 championship round in Spa, in the Porsche 919 Hybrid’s final season, it could use 1.784 kilogram/2.464 litres of petrol per lap. The V4 combustion engine’s output back then was around 500 HP. Freed from these restrictions, equipped with an updated software but running the regular race fuel (E20, containing 20 per cent bio ethanol), the 919 Hybrid Evo delivers 720 HP. 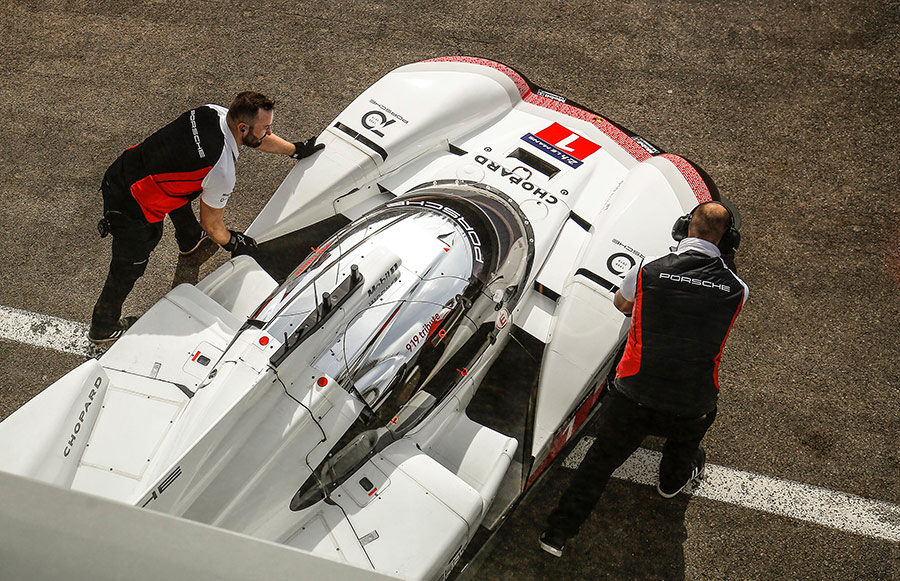 The amount of energy from the two recovery systems that could be used in Spa 2017 was 6.37 megajoule. This was by far below the systems’ potential. On his record lap Neel Jani enjoyed a full boost of 8.49 megajoule – the e-machine’s output increased by ten per cent from 400 to 440 HP.

The engineers also unchained the aerodynamics of the 919 Evo from the regulations. The new larger front diffuser now balances the new and very large rear wing, both of which have actively controlled drag reduction systems. The hydraulically operated systems trim the trailing edge of the front diffuser and opens up the slot between the rear wing main plane and the flap respectively in order increase the aerodynamic efficiency of the Evo. Underneath the Evo the turning vanes and floor have been optimised with fixed height side skirts to increase the aerodynamic performance again as efficiently as possible. In total the aero modifications resulted in 53 per cent higher downforce and an increase in efficiency by 66 per cent (compared to the 2017 Spa WEC qualifying). 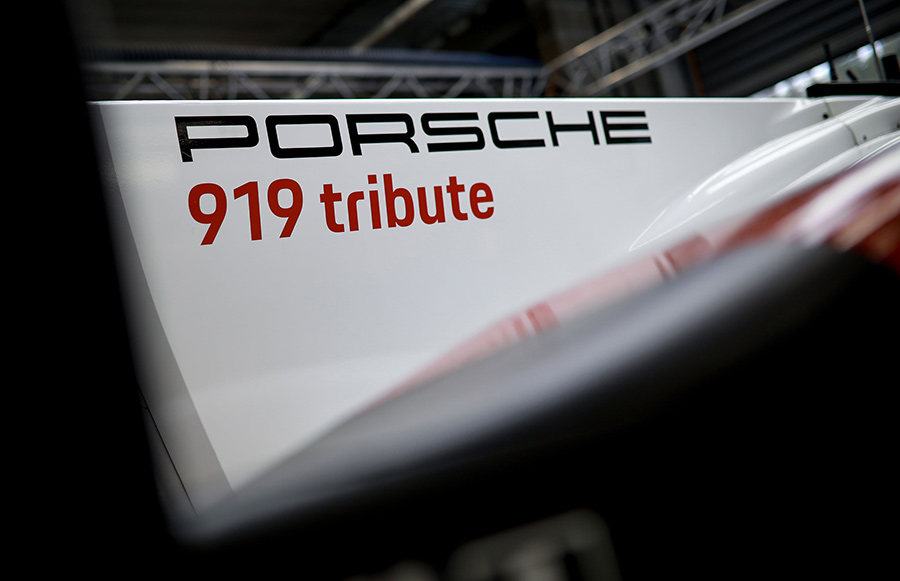 To help further expand the performance envelope, the super-fast Evo gained a four-wheel brake-by-wire system to provide additional yaw control. Furthermore, the power steering was adapted for the higher loads and stronger suspension wishbones (front and rear) were implemented.

Compared to the car in race trim, the dry weight was reduced by 39 kilograms to 849 kilograms. To achieve this, everything was removed what isn’t needed for a single fast lap: air-conditioning, windscreen wiper, several sensors, electronic devices from race control, lights systems and the pneumatic jack system.

Porsche’s multi-year tyre partner Michelin was immediately interested to work with a car that produces more downforce than a Formula One car. Keeping the tyre dimensions (31/71-18), the target was to increase the grip level significantly. Michelin developed new compounds to deliver the necessary grip with no compromise on safety. 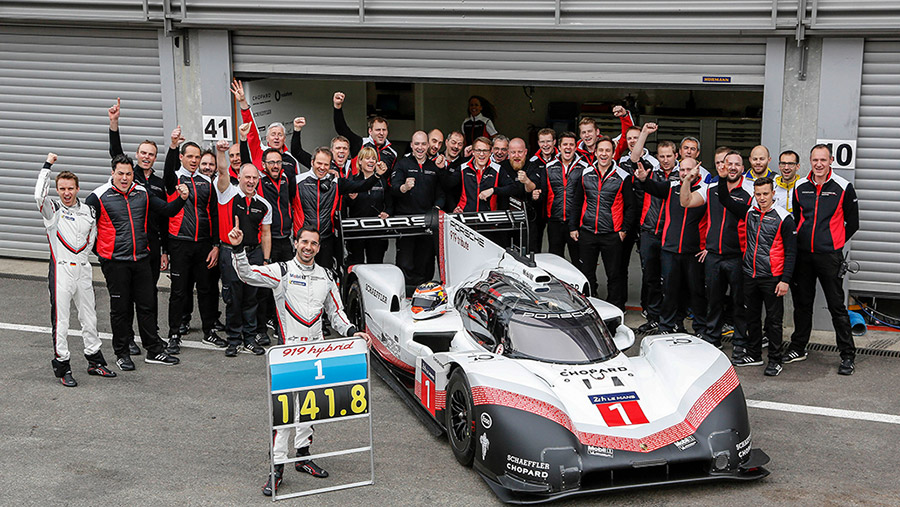 The record lap at Spa was the first appearance on the 919 Tribute Tour. It can next be seen doing a demo lap on the legendary Nordschleife before the start of the 24-Hours Nürburgring race on May 12. Drives at the Goodwood Festival of Speed (July 12 to 15) and the Festival of Porsche in Brands Hatch (September 2) will follow as well as the car’s participation at the Porsche Rennsport Reunion in Laguna Seca, California (September 26 to 29).

By: Posche | Photos Courtesy of: Porsche