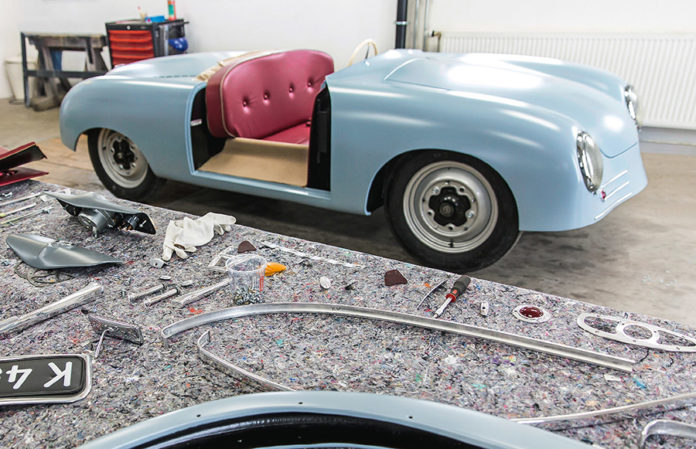 The “No. 1” always wore custom-made suits. Back in 1948, tinsmith Friedrich Weber spent two months clothing the first Porsche. The original apparel didn’t last very long, however, for the roadster not only changed hands many times over the years. It was damaged and repaired, modernized and converted. Its attire kept changing but its identity remained the same. It was shaped by history. Yet its essence remains inviolable.

The original condition of the “No. 1” Roadster is lost and can no longer be restored. But its custom-made suit has been reconceived in something very close to the original form and reproduced using the same materials and techniques. This painstaking, manual labor of love, however, couldn’t be completed overnight. In their efforts to create a copy of the 1948 roadster body that’s true to the original in every detail and dimension, experts from the Porsche Museum first made a 3-D scan of the existing vehicle. A computer then superimposed these virtual results onto the design drawings from 1948, which had been scanned as well. This revealed a number of deviations. Step by step, the radii from a fixed point were modified to match the original form. Archive staff members consulted all the original photos available, studied drawings, and analyzed journals. Finally, a computer-assisted milling machine carved out a life-size model of the car from a block of rigid foam. 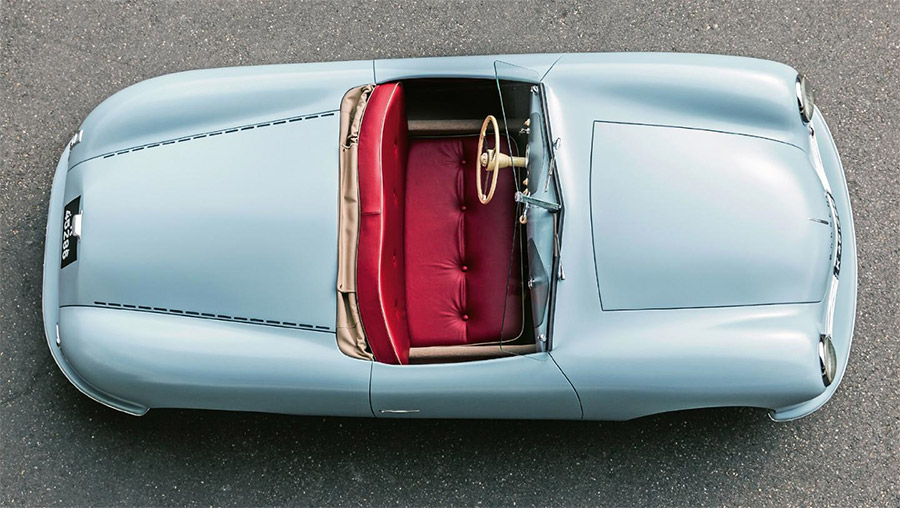 When placed next to the car from 1948, some significant differences are evident. The original roadster’s body tapered more to the rear. Its front had a more pronounced nose. The original one-part rear lid, which folded at the back, extended from the passenger compartment to just over the rear bumper. It was later replaced on the roadster by a two-part construction with a lateral panel over the engine and a shorter hood over the rear storage space.

With the help of original wooden gauges, a replica of the original “No. 1” car body finally took shape—similar to the way in which the original aluminum body was made seventy years ago. In 1948 its metal sheeting was bent, pulled, and pushed using hand tools. This same meticulous attention to detail extended to formulating the color for the replica’s paint job. The original car had been painted over a number of times, so samples were taken from under the dashboard and analyzed in order to reproduce the original shade as closely as possible. Period fittings with dials adapted exactly to their original counterparts flank the steering column. Even the mats are knotted in the same way they were seventy years ago. The only thing the replica can’t do is drive. An engine won’t be placed into its mesh frame, and its rear axle consists of a simple pipe. The front axle—including the steering system and wheel—was taken from a Volkswagen Beetle, as with the original. 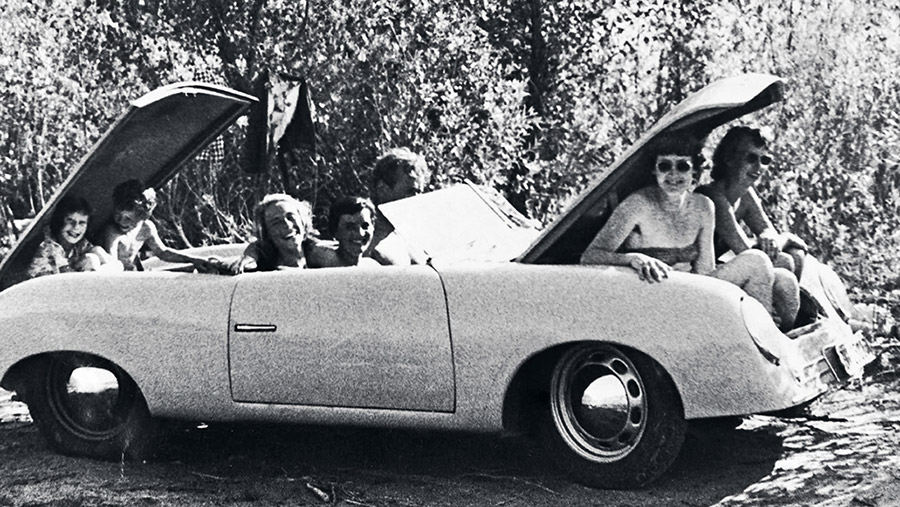 It took eight months to complete this new, custom-made classic suit—for a show car whose significance for Porsche isn’t merely historical; it’s highly symbolic. Its lines, driving dynamics, and lightweight construction constitute the core of the sports car brand. And this Porsche 356 “No. 1” Show Car recently set off on a trip around the world.

“No. 1” Roadster and Show Car tour the world

As part of the “70 Years of Porsche Sports Cars” anniversary, the Porsche Museum is sending the 356 “No. 1” Roadster around the world. Here are some of the stops:

The 356 “No. 1” Show Car will also tour the world, including the following locations:

Made up of over 1,000 pieces, assembled by hand and taking over around 300 hours to build.
Read more
Feature Videos