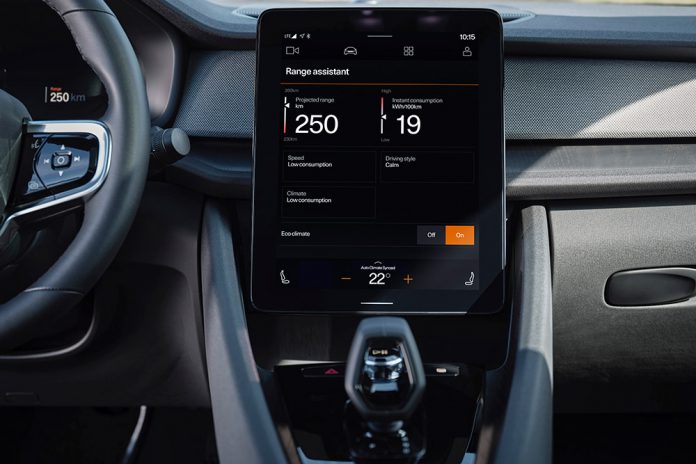 Polestar’s Over-the-Air (OTA) updates continue to keep the Polestar 2 electric performance fastback feeling like new, applicable to even the very first cars that were delivered to customers from July 2020.

The latest major update package has now begun to roll out incrementally in all markets, with development of several key attributes improving the driving and user experiences.

“Since our first update late in 2020 we have released several key software and feature upgrades that have improved range, efficiency, connectivity and the driving experience. The latest package delivers some of our customers’ favourite wish-list items.”

The new P1.7 update includes a new in-car Range Assistant app that is geared to assist drivers, especially those new to the world of electric vehicles, to improve efficiency and range confidence. Included in the app is a new Eco Climate mode that enhances efficiency by allowing the driver to reduce demand on the battery from the climate system as desired.

Further enhancements have been implemented for the battery preconditioning that Polestar introduced earlier in 2021 – when plugged in, the battery is automatically preconditioned according to scheduled climate timers – that are now also configurable in the Polestar app – to support optimal temperature in the battery according to the driver’s planned departure timing.

Optimising battery temperature also plays a large role in DC fast charging efficiency. With the latest update, a new battery preconditioning function is linked to Google Maps. When a public fast charging station is programmed as a destination or waypoint, the battery will be preconditioned along the route for the fastest possible charge.

Renault and TheArsenale Unveil AIR4: Where We’re Going, We D...