McLaren Automotive, the British manufacturer of luxury, high-performance sportscars and supercars, today introduces a new service to authenticate the heritage of iconic McLaren F1 supercars. The launch of the new programme is coincident with the unveil … 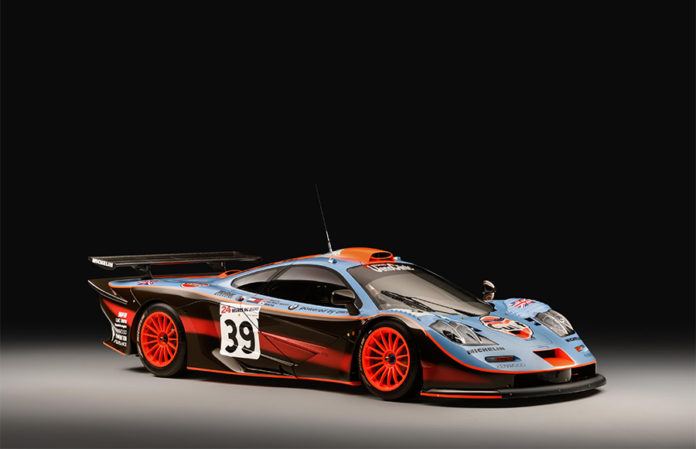 McLaren Automotive, the British manufacturer of luxury, high-performance sportscars and supercars, today introduces a new service to authenticate the heritage of iconic McLaren F1 supercars. The launch of the new programme is coincident with the unveiling of the first F1 to be approved for certification, the renowned 25R 1997 F1 GTR Longtail. Pristine after a full restoration to ‘as new’ condition by McLaren Special Operations, the last F1 GTR 25R to compete in period is one of the stars of the Hampton Court Concours of Elegance (31 August – 2 September 2018). 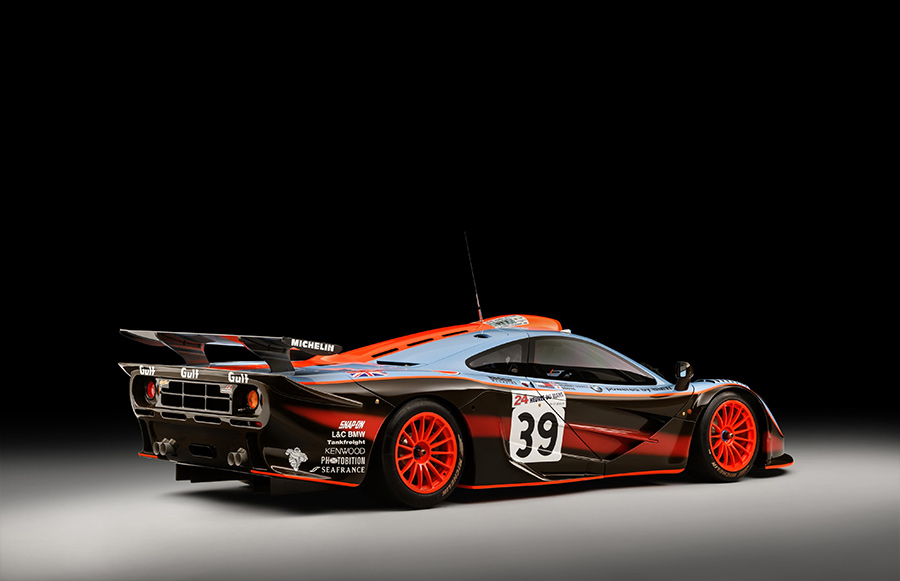 “Even among F1 GTRs, this car, designated ‘25R’, is unique – and now it is as near to being new as we can make it,”commented Ansar Ali, Managing Director, McLaren Special Operations (MSO). “The car is the exemplar of everything that the new certification programme stands for and we are proud to have 25R as the very first McLaren F1 Certified car.” 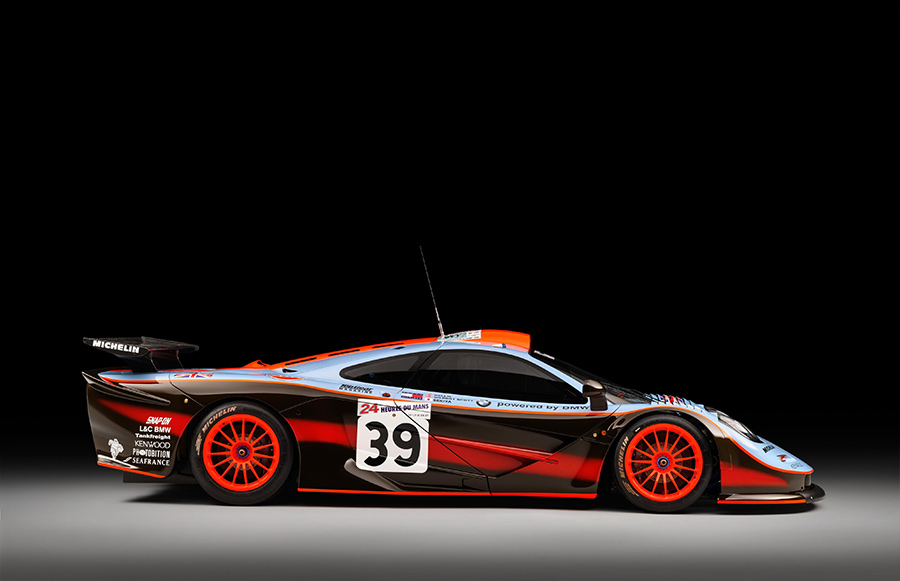 Announced at Hampton Court with the unveiling of the chassis number 25 car, the F1 Certified programme has been developed to guarantee the authenticity of both road and track versions of the Le Mans-winning supercar, offering ultimate peace of mind for current and future owners. A unique Certificate of Authenticity – which McLaren Automotive is the only body in the world able to issue – authenticates a car’s provenance, originality, service life, road/race history and condition. Conformity with the original specification and to any McLaren-sanctioned upgrades is confirmed by reference to the factory archives. 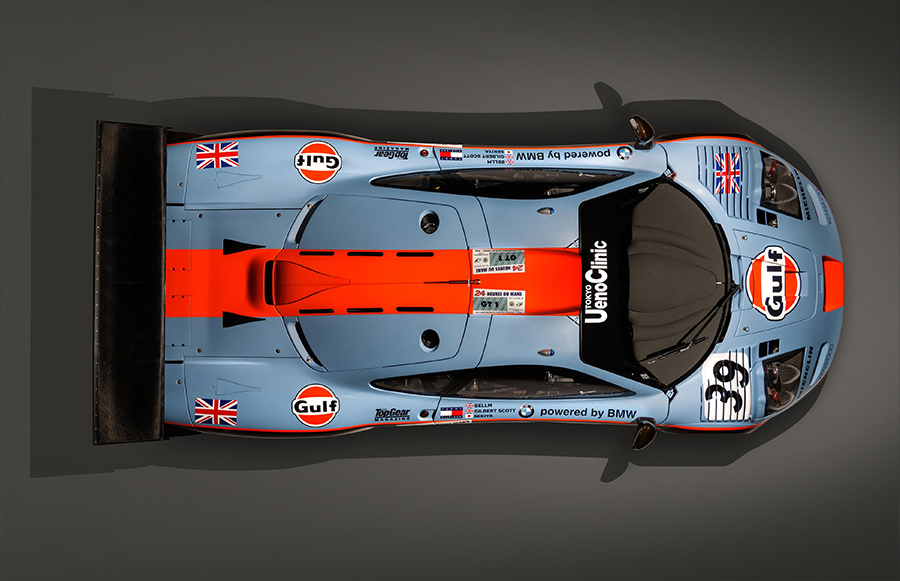 Along with the certificate, owners receive a bespoke illustrated book documenting the history of their car. In total 106 McLaren F1s were built between 1993-98, among them 64 road cars and 28 GTR race cars, and all are eligible for the scheme. 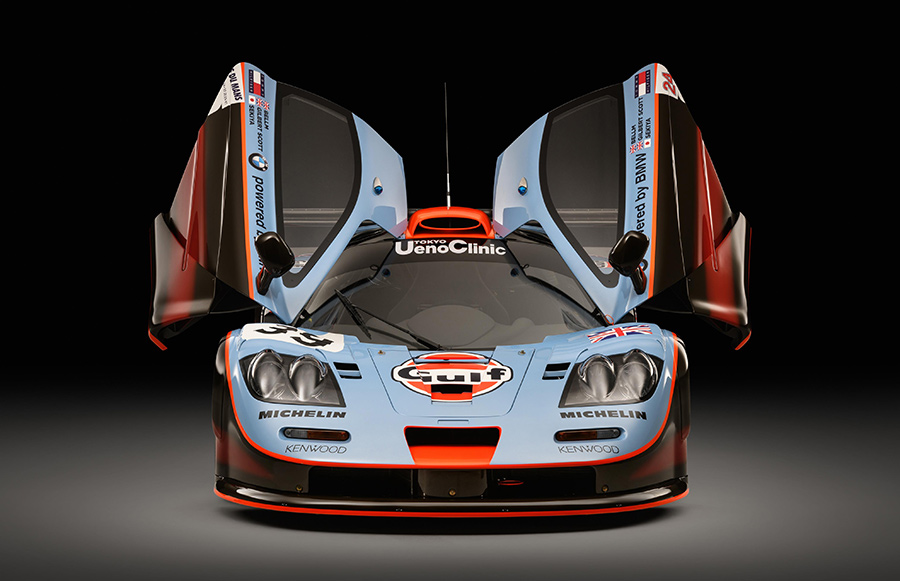 A veteran of many endurance events in period including the Le Mans 24 Hours, over the past 18 months 25R has been restored to ‘as new’ condition by McLaren Special Operations. Using original F1 GTR parts held by the factory, the restoration has returned the car to the same specification and livery it had when it ran at Le Mans in the first year it raced. 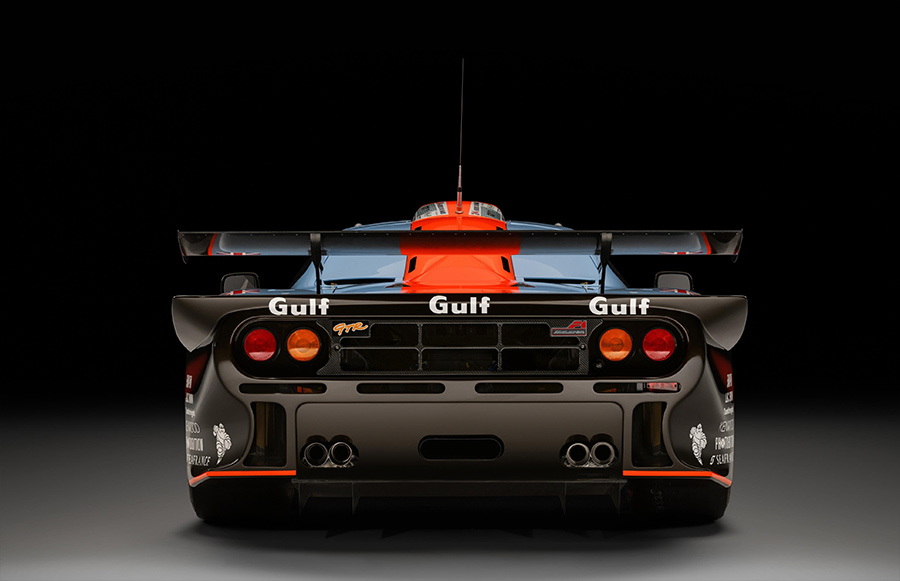 The top-level circuit career of F1 GTR ‘25R’ spanned eight years and several continents. It was built as one of three Longtail cars for the Gulf-Davidoff team to compete in GT racing in 1997 and driven at Le Mans that year by Ray Bellm, Andrew Gilbert-Scott and Masanori Sekiya. It was forced out two hours from the end of the race when an oil line fractured, causing a fire. Repaired by the factory, 25R was subsequently sold to a team in Japan where it continued racing until 2005. At the Fuji Speedway that year it became the last F1 GTR ever to compete in a contemporary race series. 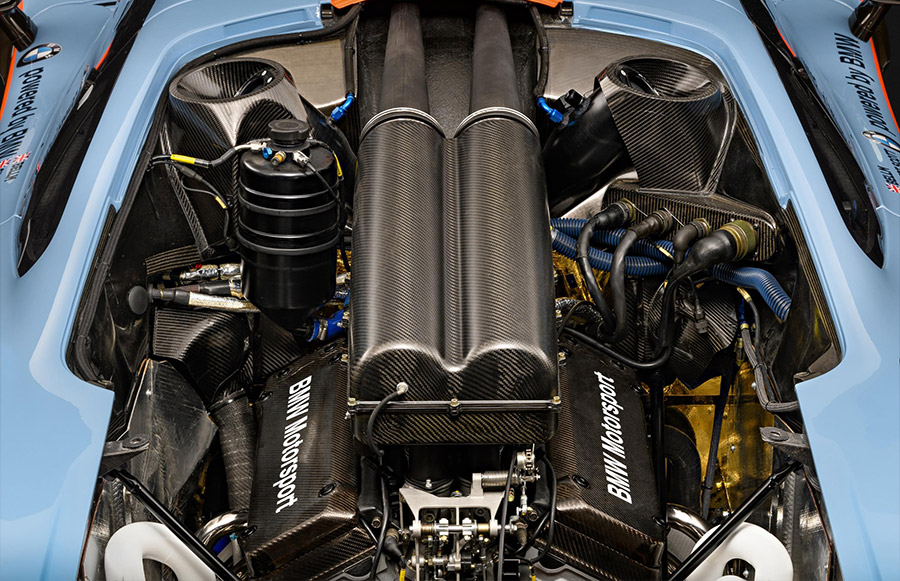 After being on static display in a Japanese collection, it was sold to the current owner and brought back to the UK in 2016. The owner’s collection is curated by classic car consultancy Kidston SA, founded by McLaren owner Simon Kidston, also a leading international broker of McLaren F1 cars. Kidston SA entrusted the car to McLaren Special Operations in Woking as, battle-scarred from years of racing, 25R needed extensive remedial work. Refurbishment became a ground-up restoration to ‘as new’ condition using new, old-stock GTR parts stored at the factory in containers last opened 20 years ago. 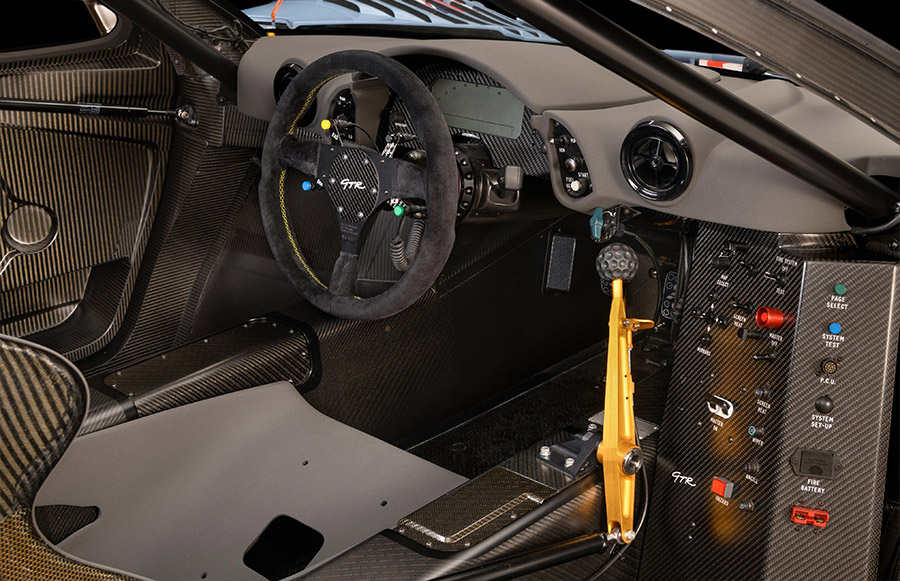 The new parts used in 25R go further than being specific to the 1997 GTR; they are all pre-June 1997 parts, ensuring the car is exactly as it would have been in the run-up to Le Mans that year. This includes the ‘tall’ Le Mans gearing and the blue roof identification lights – taken from an aircraft’s wing, and the only non-McLaren part in the entire car – with which the car was fitted for Le Mans. 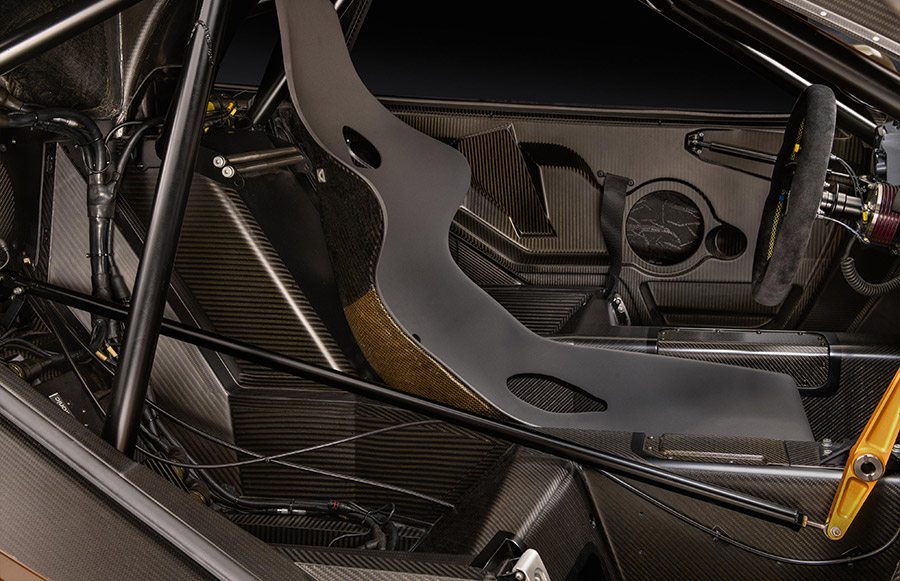 With the new body panels displaying the exact Gulf-Davidoff team livery and bearing the car’s 1997 Le Mans number 39, 25R is a true 21-years-old time-warp machine, as visitors to the Hampton Court Concours of Elegance will witness. 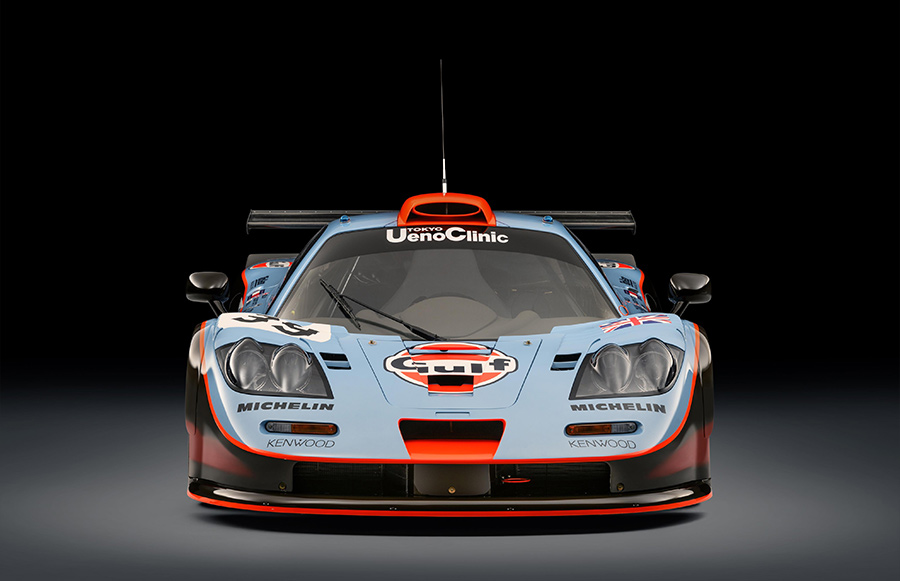 “McLaren cherishes its rich heritage of iconic and world-beating cars such as the F1,” said McLaren Automotive Chief Executive Officer Mike Flewitt. “25R presented us with a unique opportunity to demonstrate this by restoring it to precisely how it was when it raced at Le Mans in 1997, thus ensuring its future. Maintaining the integrity of these historically significant cars is paramount and F1 Certified will play a big role in allowing us to do that for the peace of mind of owners today as well as preserving a wonderful heritage for future generations of car lovers.”