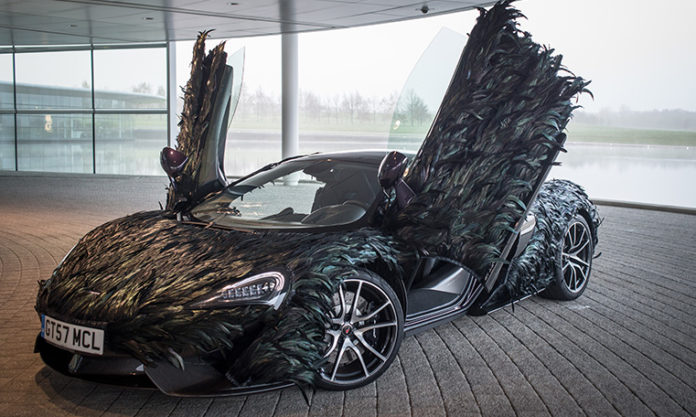 McLaren, the creator of luxury sports and supercars from Woking, England, has announced the introduction of a Feather Wrap as an option for its 570GT model. Offered through the company’s bespoke division, MSO, nearly 10,000 carbon-veined artificial feathers are applied to the car’s body. The process, which is done by hand, takes 300 hours. 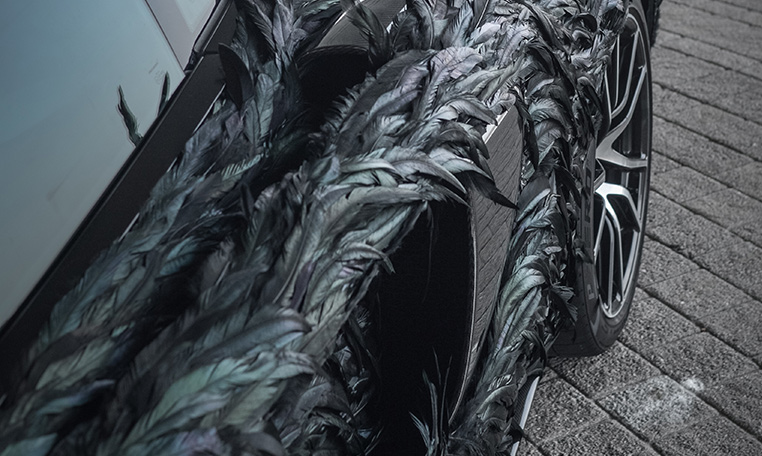 The 570GT was chosen as the initial recipient for the new body finish as it’s the McLaren most suited to long flight-like journeys across continents. It’s on such occasions where the aerodynamic benefits of one of nature’s best inventions, the feather, can be most felt. 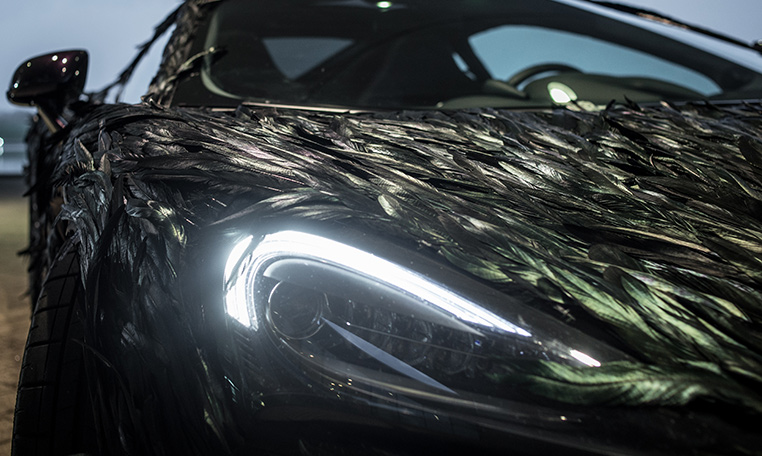 “Our engineers and designers have long been inspired by nature in our aim to create the lightest and most aerodynamic shapes on the road. We call this biomimicry. And it was on a beautiful day walking around our Woking campus that one of us looked up at the birds circling our lake, then picked up a feather from the ground and placed it on a car… That turned into a conversation with the craftsmen and women at MSO that led to the creation of the Feather Wrap.” 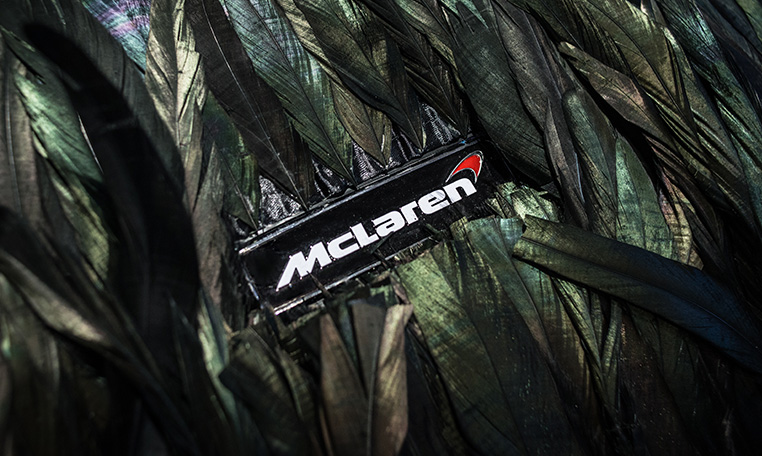 The synthetic feathers are seven centimetres long and are coated with a pearlescent lacquer. They are applied to the car parallel to the forward direction cushioning the effects of air flowing over the body of the car. The feathers act as grooves contributing to a reduction in surface drag. As the speed of the car increases the feathers start to vibrate, further reducing drag by delaying the transition from a laminar to turbulent boundary of air. Furthermore, the Wrap adds only 2.5kg to the weight of the car – no more than metallic paint. 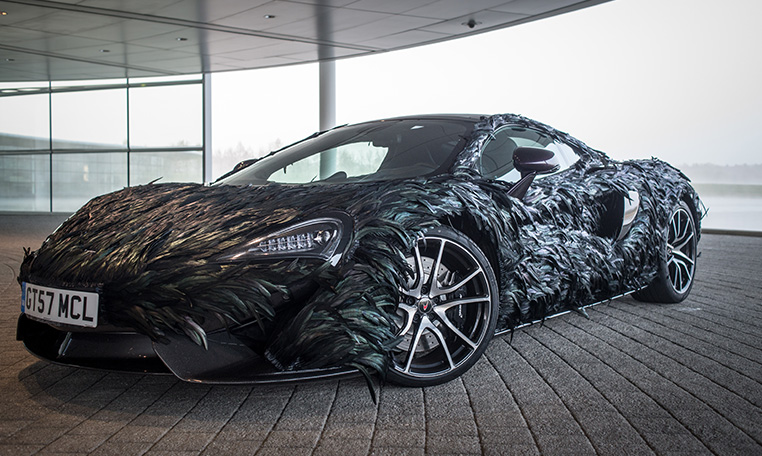 “We’re not usually ones to crow about our achievements but I think we’ve scored a birdie with this one,” added Crane.

The Feather Wrap will be available to order as an option for the McLaren 570GT, on 1 April, 2017.