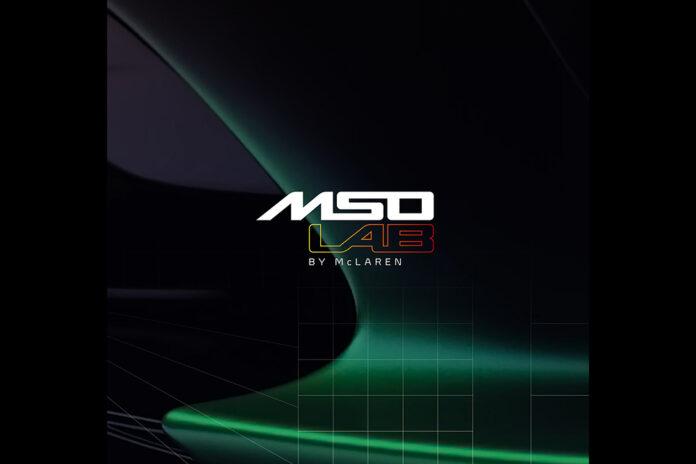 British luxury supercar maker McLaren Automotive has today announced the launch of MSO LAB from McLaren, introducing an exclusive new digital community which marks the next chapter in the company’s metaverse strategy.

McLaren relentlessly pushes the boundaries of engineering and design and its in-house bespoke division, McLaren Special Operations (MSO), is an atelier home to designers and engineers who push the boundaries of possibility and breathe life into customers’ dream McLarens.

MSO LAB now takes that into the digital Web3 space to create a like-minded community and the ability to further push the limits of performance, possibility and design unencumbered by the constraints of physics or thermodynamics.

Working with McLaren’s design team, MSO LAB will be home to exclusive, limited-edition McLaren NFTs, the first limited edition drop of which is set to launch soon.

Becoming a member of the MSO LAB community, for which McLaren customers will be prioritized, means exclusive access to unique utilities and benefits.

Membership of the MSO LAB community will unlock access to member-only channels and interaction with McLaren Automotive and MSO teams, early intel, and guaranteed access to future drops as well as exclusive rewards – all early members of the MSO LAB community will receive an unseen digital sketch from the McLaren design team, a behind-the-scenes virtual tour of McLaren Technology Centre and the chance to attend McLaren Automotive events.

The utility will evolve as McLaren continues to engage with the MSO LAB community and to explore with them the possibilities of the Web3 era, harnessing new and innovative ways to push the boundaries of access, ownership, and experience.

The first MSO LAB drop, Genesis Collection, an invite-only ultra-limited randomized mint will arrive soon, featuring one of the most storied cars in McLaren’s history with pricing and further details set to be released in the next couple of weeks.

All McLaren NFTs will be available on the McLaren marketplace, supported by InfiniteWorld as McLaren Automotive’s recently announced metaverse partner.

“I am delighted to be able to finally pull the covers off the MSO LAB digital community which we have created as a new way to interact with customers and fans in the Web3 universe. McLaren Special Operations is McLaren Automotive’s in-house bespoke division so it is entirely fitting that MSO LAB will be our home where we collaborate in the metaverse and push the limits of possibility and design unencumbered by physical constraints.

“We will soon unveil our first Genesis Collection from MSO LAB drop which will be an invite-only, ultra-limited, randomized mint set to feature one of the most storied cars in our history.” – Gareth Dunsmore, Chief Marketing Officer, McLaren Automotive