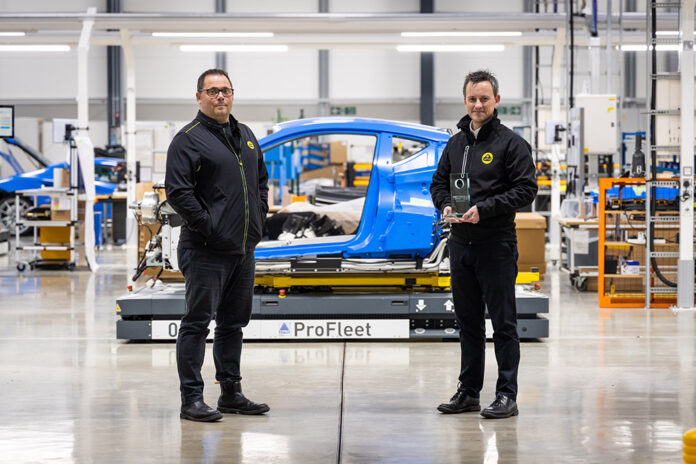 Lotus Engineering, the consultancy division of the business, has been named ‘Dynamics Team of the Year’ at the prestigious Vehicle Dynamics International Awards 2021.

It’s a fitting tribute to what’s been a hugely productive and high-profile year for the team, as Lotus transitions from a UK sports car company to a global performance car business and brand.

The prize was voted for by a jury of more than 20 expert automotive media from all over the world. It’s led by Adam Gavine, Editor, Vehicle Dynamics International, who commented: “The dynamics specialists at Lotus Engineering have perhaps never been busier. We have honoured them for their broad range of innovation, their work across a wide variety of new vehicle architectures and engineering disciplines, and their work in developing the next generation of pure electric vehicles for the all-electric future of driving.”

Picking out examples of Lotus Engineering’s successful 2021, the judges were full of praise for the development and ongoing commercialisation of four new Lotus vehicle architectures, first announced in April. These will underpin every new Lotus for the foreseeable future, including the Type 132, Lotus’ first SUV; the Evija all-electric hypercar; and the Emira sports car, the company’s last petrol-powered model and best of breed. Customer deliveries of Evija and Emira will begin during 2022 while Type 132 arrives the year after.

The judges also paid tribute to the work done by Lotus Engineering in delivering the innovative lightweight electric vehicle chassis that is to underpin the Lotus Type 135, the pure EV sports car scheduled for launch in 2026. The platform has been developed through Project LEVA (Lightweight Electric Vehicle Architecture), a Lotus-led research programme to accelerate the development and commercialisation of all-new lightweight structures for next-generation battery electric vehicles.

The vehicle architecture – revealed in detail in September – is highly versatile, fully adaptable to provide a platform for a range of electric vehicle types with variable layouts, wheelbase lengths, battery sizes and configurations. Pioneering engineering means the vehicle structure doubles as the battery enclosure, with an integrated electric drive unit which eliminates the need for subframes and optimises the multi-link suspension components.

This innovation means the die-cast rear is an impressive 37% lighter than that found on the Lotus Emira V6. As such, this architecture is the blueprint for the next generation of electric sports cars, and Lotus has already announced collaboration with Alpine on new models for both brands.

Other Lotus Engineering projects hitting the headlines during 2021 included the team’s involvement as technical partner to Jenson Button’s JBXE race team in the pioneering Extreme E global off-road race series. Collaboration with British Cycling and others led to the Hope / Lotus bike, seen by a TV audience of billions during August as the Great Britain Cycling Team won seven medals to top the table in track cycling at the Tokyo Olympics. The bike’s revolutionary front-end design, featuring wider-than-usual forks to improve aerodynamics, was developed by Lotus Engineering.

This year saw the consultancy officially relocate from Lotus’ historic HQ in Hethel, Norfolk, to the new Lotus Advanced Technology Centre (LATC). It’s a dedicated centre of excellence in the Midlands – the UK’s regional hub for performance engineering, motorsport and advanced automotive businesses – and is part of the University of Warwick’s Wellesbourne Campus.

Mark Edwards, Executive Director responsible for Lotus Engineering, commented: “This award is a huge honour which recognises the exceptional year that our consultancy has had. It’s a fitting tribute to everyone involved, and I know it will give them renewed focus for 2022, which is set to be another pivotal year in the ongoing transformation of Lotus.”