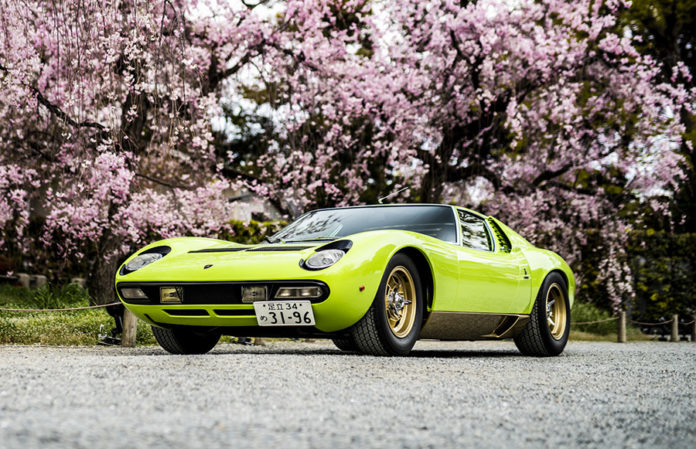 Lamborghini Polo Storico supported the third edition of the Concorso d’Eleganza Kyoto 2019 held on April 13 and 14 in Kyoto in the midst of the picturesque “Sakura” cherry blossom season. The event, one of the most prominent in the panorama of Concours d’Élégance, took place in the gardens of historic Nijo Castle, built in 1603 as the residence of the first shogun of the Edo Period, Tokugawa Ieyasu. In 1994 Nijo Castle was designated by UNESCO as a World Heritage Site. 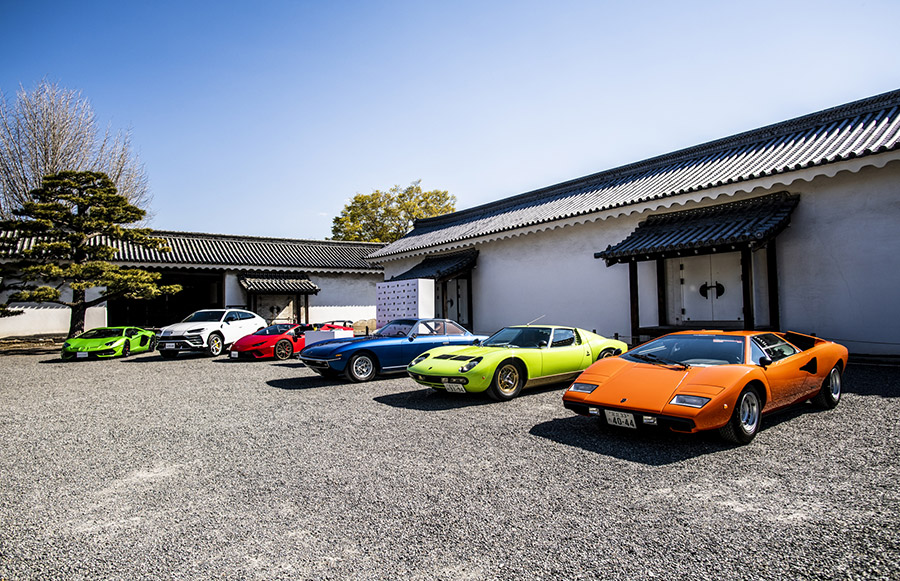 The 54 vehicles entered included 22 Lamborghinis, 20 of which were divided into three classes (Lamborghini 1963-1970, Lamborghini 1971-1985, Lamborghini 1986-2000), represented by Miura, Espada, Islero, Jarama, Jalpa, Urraco, Countach, LM 002 and Diablo. An exceptional aspect of the event was that cars across the three classes came from Europe, the United States and Japan. The large audience had the opportunity to admire the technical and stylistic development of Lamborghini’s production from its establishment up to the year 2000. 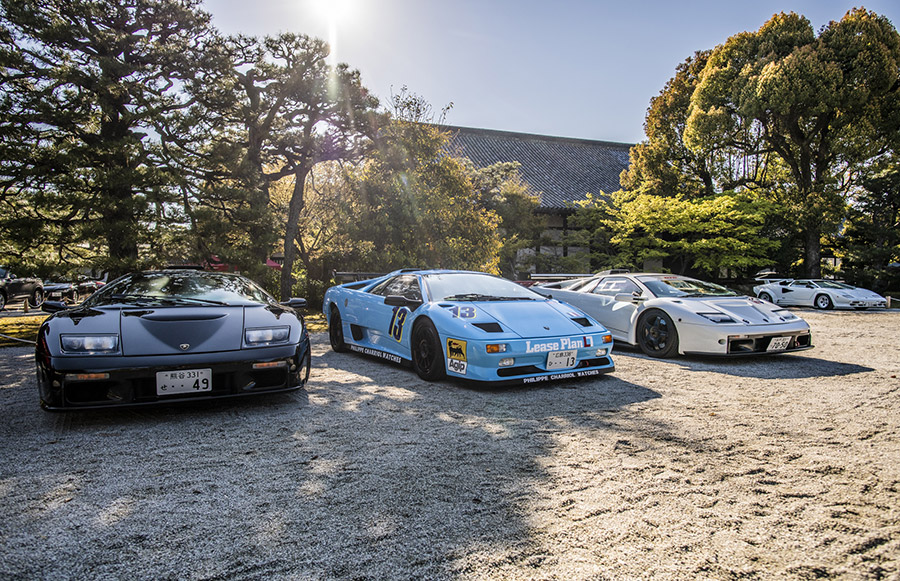 The other two Lamborghinis on display, a 2016 Lamborghini 5-95 Zagato and a 1965 Lamborghini 3500 GTZ Zagato, were shown in the “Contemporary” and the “Race and Prototypes” categories, respectively. 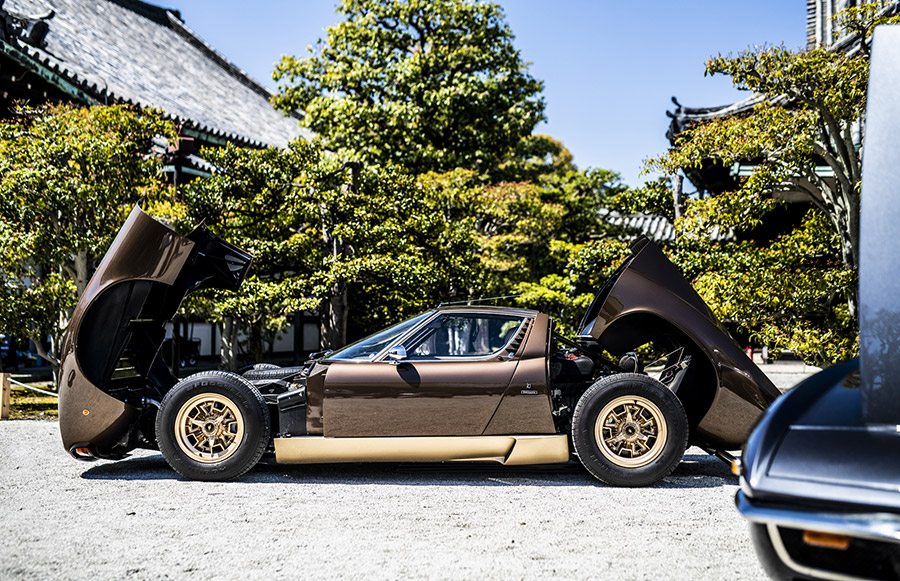 The “Best of Show” award of the “Concorso d’Eleganza Kyoto 2019” went to the Lamborghini 3500 GTZ (chassis n. #0310) by unanimous vote of the international jury formed for the event. The 3500 GTZ, owned by an American collector, had to win its “Race and Prototypes” class before being eligible for “Best of Show”. The rarity of the car, along with the impeccable condition in which it was presented, enabled it to achieve not only the “Best of Show” but also the “Best Zagato” trophy, since the event organizer was celebrating the 100th anniversary of the establishment of Carrozzeria Zagato in Milan. 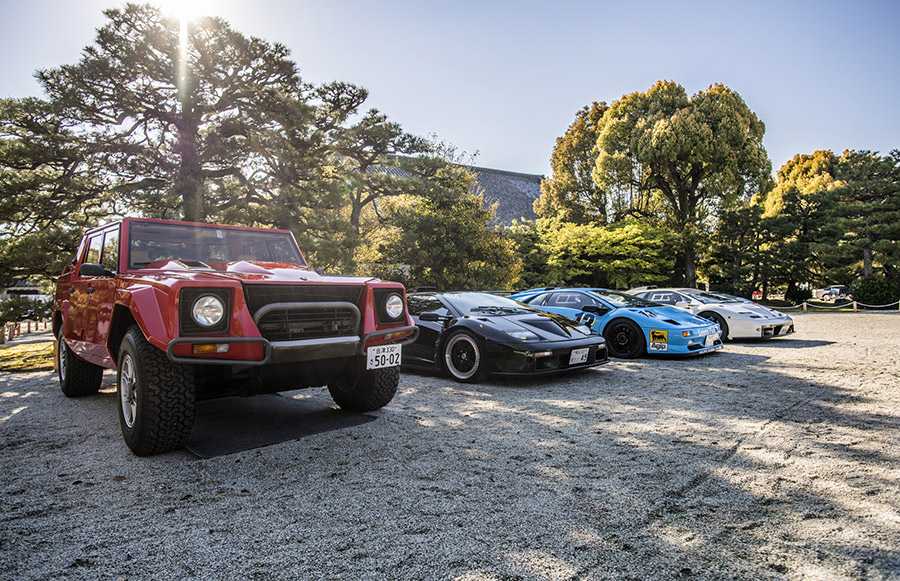 The “Lamborghini 1963-1970” class and the “Best Lamborghini” trophy were won by the 1971 Miura SV (chassis n. #4838), in Verde Miura (green) with mustard yellow interior, owned by a Japanese collector; this car was also named “Best in Show” at the “Lamborghini Concours d’Élégance Neuchâtel” organized by Polo Storico in 2017. 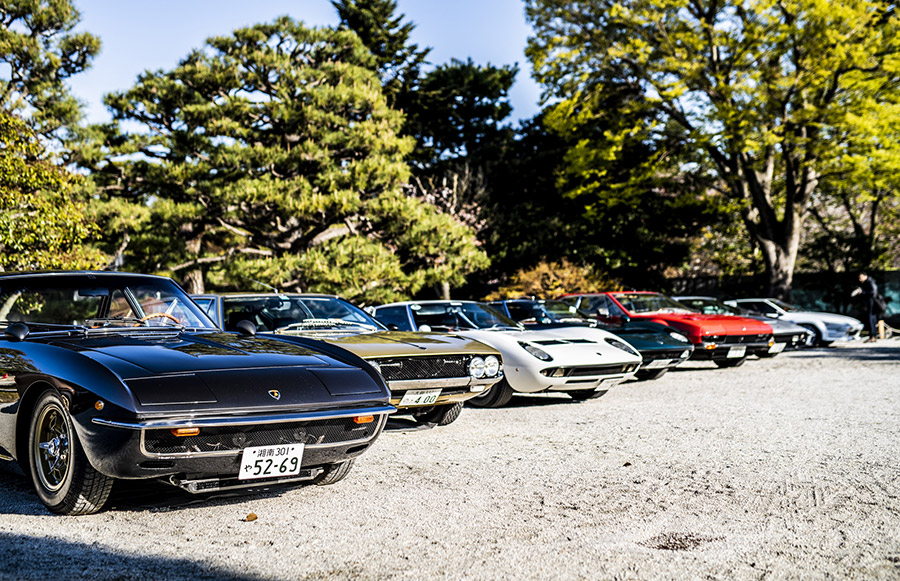 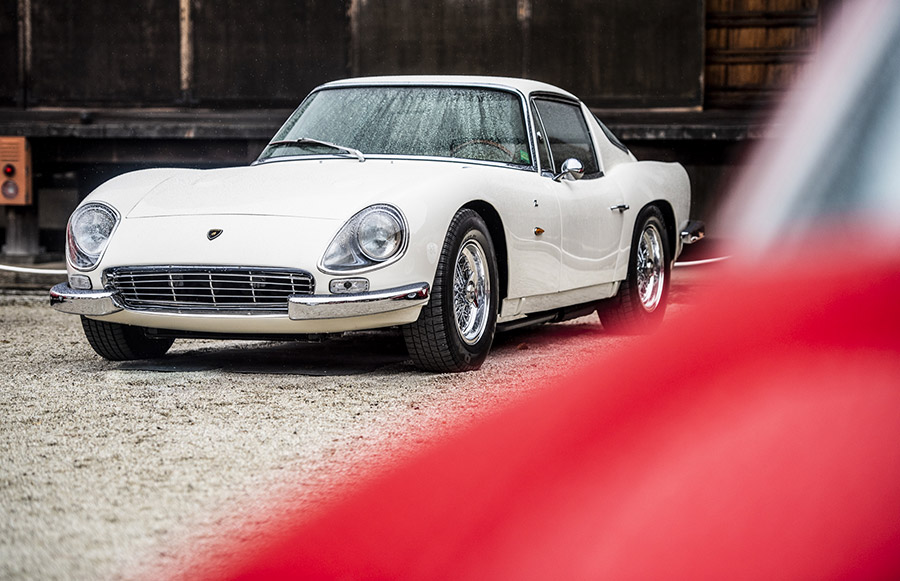 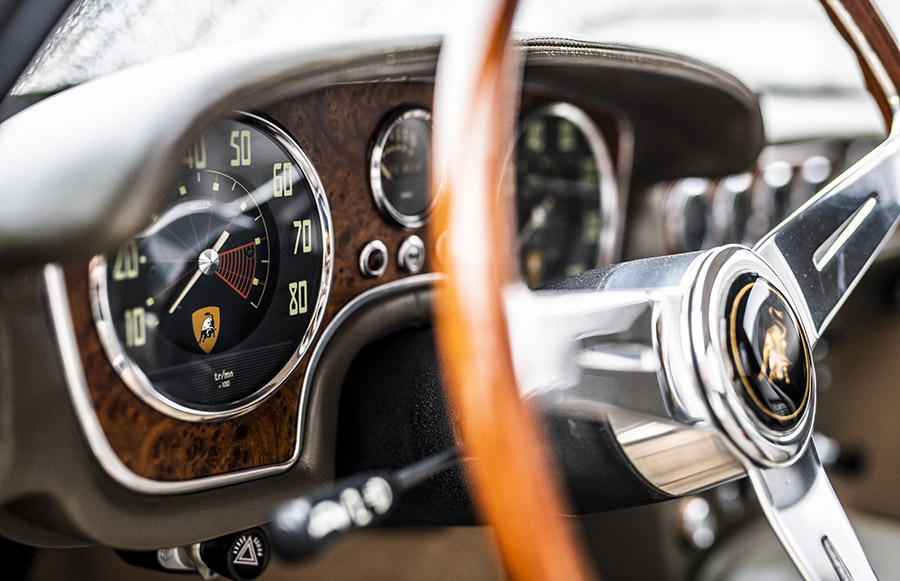 At the end of the Concorso, fifteen cars, including several Lamborghinis, set off for the “Tour d’Eleganza Kyoto 2019”, organized over three days of driving through some of the most picturesque sites in the region. Starting from Nijo Castle, the tour crossed the panoramic Seto Bridge heading toward the island of Awaji, then concluding on the third day with the return to Kyoto. 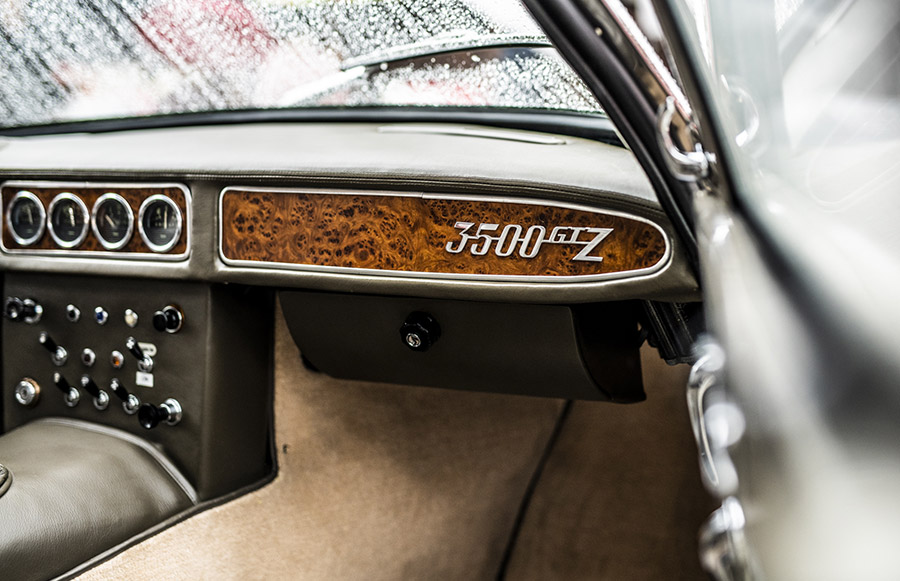 Polo Storico activities at the various Concours d’Élégance worldwide continue with participation in other important events in preparation for the second edition of the “Lamborghini & Design – Concorso d’Eleganza”, to be held between Venice and Trieste this September 19-22.

The main attraction is the display of the new Sián Roadster.
Read more
Feature Videos

We did a side-by-side comparison of the Jeep Trackhawk and the Lamborghini Urus.
Read more
Automotive News

819 HP Roofless Version of the Lamborghini Sián Already Sold Out