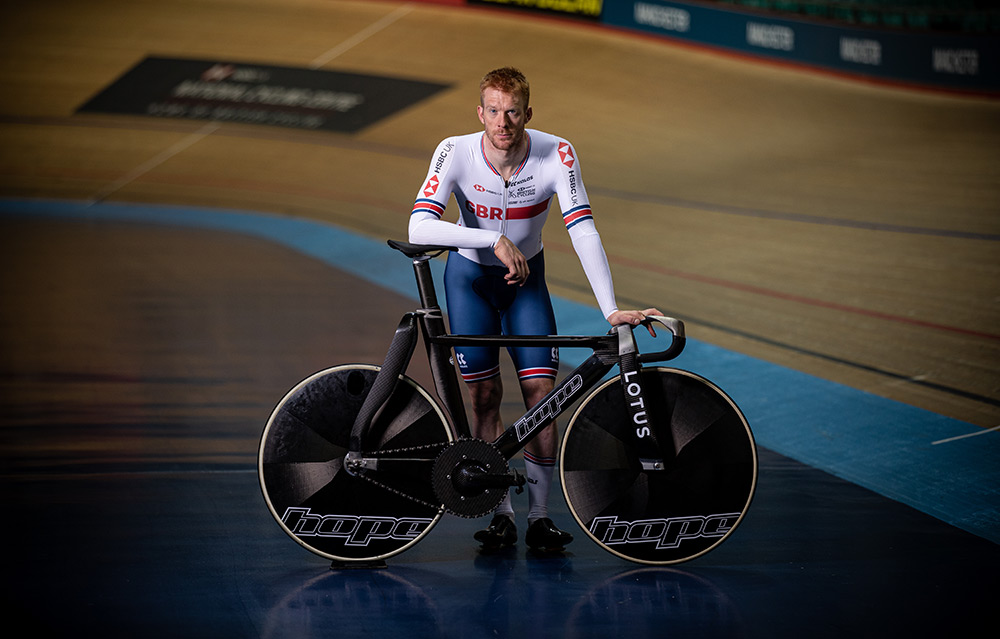 With the Tokyo Olympics now less than a month away, Great Britain Cycling Team riders using the Hope / Lotus track bike in the quest for gold have been speaking about what it’s like to be on such as revolutionary machine.

Rio 2016 Olympic gold-medal winner Katie Archibald, Ethan Vernon and Jack Carlin are all featured in a new film created by Lotus. Jack explains how, when fractions of a second are the difference between winning and losing, this innovative new bike could give him that edge. Ethan notes it’s so different to anything else on the track and that it feels special when he’s riding it. Katie speaks about how thrilled she was when she saw the uniquely wide fork design and how the Lotus name – with its successful history in Olympic track cycling – resonates with people.

It’s the innovative front end to the bike which Lotus and its partners on the project believe will make the different in the Izu Velodrome when the track cycling takes place from 2-8 August.

The design is based on optimising the aerodynamics of the bike and the rider; the position of the forks means they’re directly in front of the rider’s knees, helping air to flow around the rider. The seat stays at the rear of the bike, also wider than usual, assist with the reattachment of that air to create the best possible profile for the bike and rider together.

Lotus has also helped to develop two designs of lightweight handlebar, sprint and pursuit, which are integrated into the front end of each bike. Titanium and aluminium, both 3D-printed, as well as carbon fibre, are at the heart of these components. Lotus has worked with Hope Technology, which has supplied the bike’s frame and wheels, and engineering partner Renishaw.

The bike is a true Lotus in every way – optimised aerodynamics, light weight, advanced materials and exceptional handling, all combining to deliver outstanding performance.

Also riding it in Tokyo will be husband-and-wife team Jason Kenny and Laura Kenny, who are hoping to make history by confirming themselves as the most successful female and male British Olympic track cyclists ever. Rider Ed Clancy is aiming to win his fourth consecutive team pursuit gold medal.

Lotus’ history in Olympic track cycling is legendary. The Lotus Type 108 – also known as the LotusSport Pursuit Bicycle – is arguably the most famous bike ever made, and an example is held by the Science Museum in London. British cyclist Chris Boardman rode it to gold in the men’s individual pursuit at the Barcelona Olympics in 1992. It was the first British medal in an Olympic cycling event for 72 years.