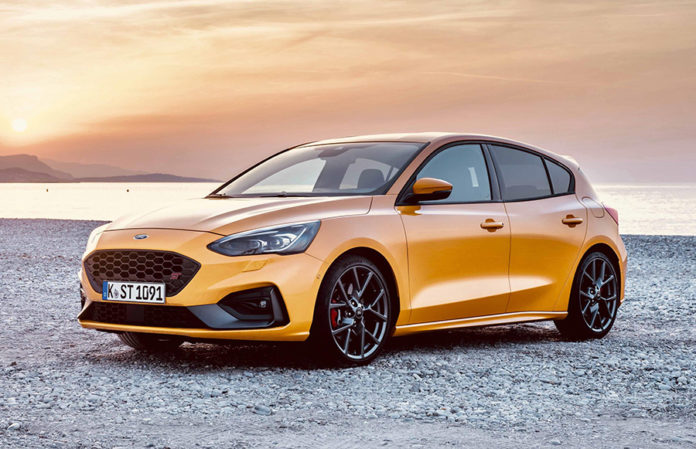 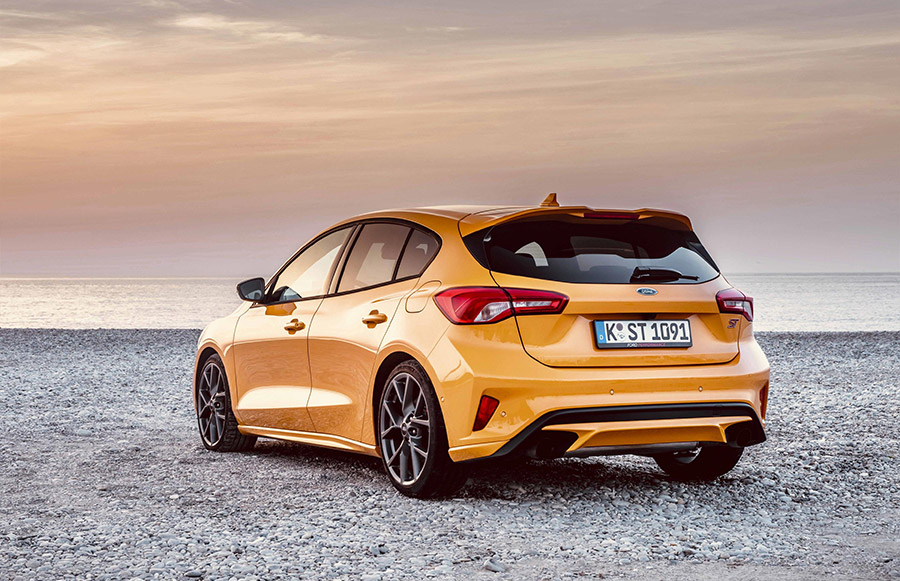 “The all-new Focus ST is about more than just straight-line speed, but the ability to go toe-to-toe with the now legendary Focus RS over a quarter-mile sprint shows just how much the Ford Performance team has moved the game on in the last four years,” said Leo Roeks, Ford Performance director, Europe. “We’ve drawn inspiration from the Ford GT supercar, F‑150 Raptor pick-up, Ford Mustang and Fiesta ST to develop a Focus ST capable of punching you in the back the moment you hit the throttle.” 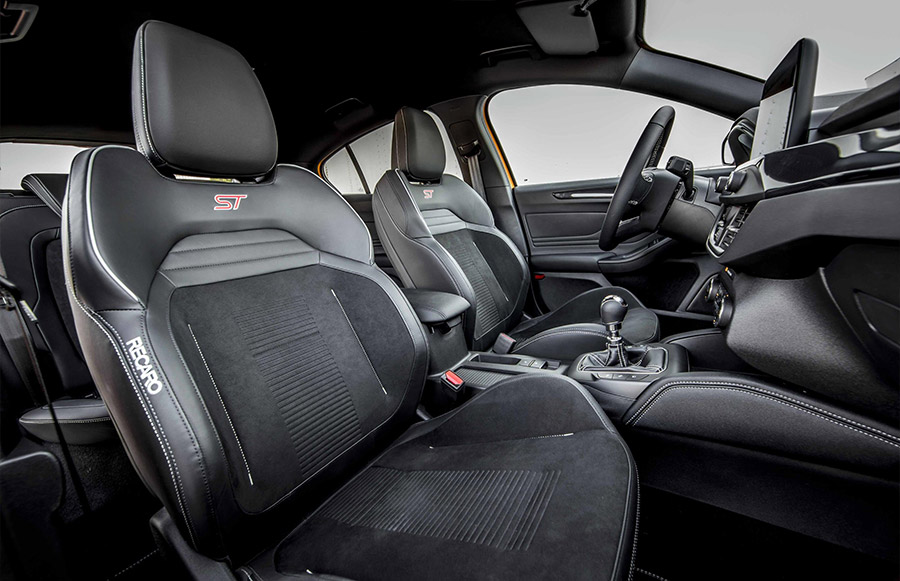 Anti-lag technology can electronically hold the throttle open for up to three seconds after the driver backs off the accelerator, alleviating the reversal of airflow from the turbocharger to maintain compressor wheel speed. 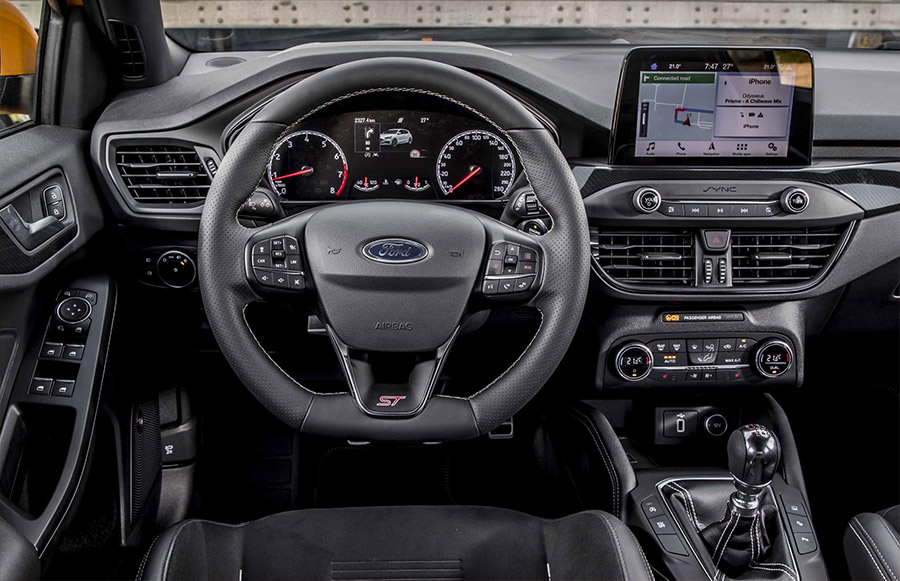 By keeping the turbocharger primed for immediate response and maintaining positive pressure in the intake manifold when off throttle, the innovative technology allows faster resumption of both boost pressure and optimised combustion when the driver returns to the accelerator. In addition, an electronically actuated turbocharger waste-gate allows closer control of boost pressures for enhanced engine performance.

Flat-shift capability can also help deliver ultimate standing start acceleration by automatically emulating anti-lag and holding the throttle open as the driver disengages the clutch to shift up through the short-throw, six-speed manual gearbox – maximising turbocharger response. A gear-shift indicator light, available with the optional Performance Pack, lets drivers know the optimal point to change gears, and Launch Control can be engaged to maximise grip off the line for consistently fast standing starts. 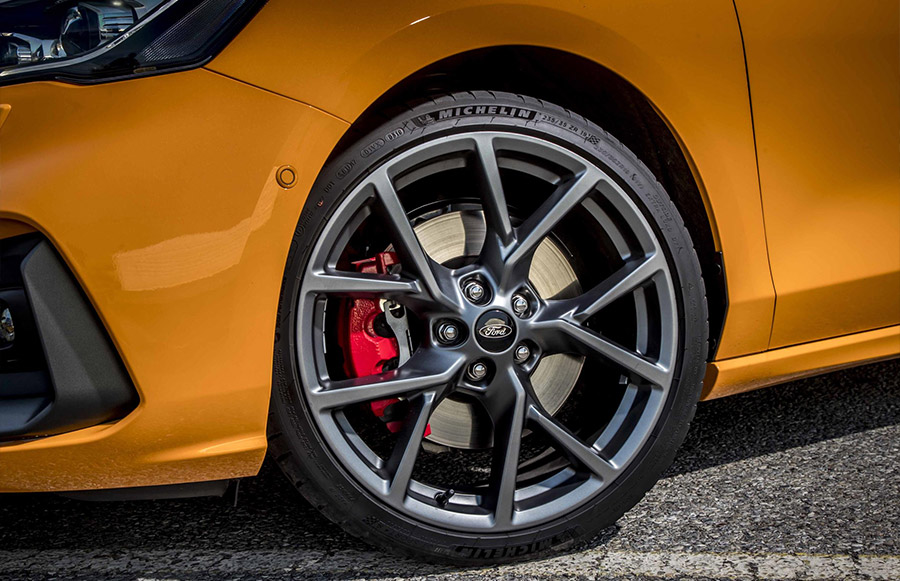 The all-new Focus ST’s straight-line speed is matched by its cornering ability, optimised using Ford’s first electronic limited-slip differential for a front-wheel drive model. Incorporated into the six-speed manual and seven-speed automatic transmissions for 2.3-litre EcoBoost models, the system uses hydraulically activated clutches to redistribute up to 100 per cent of available engine torque to the wheel with more traction to counteract wheelspin. The result is increased agility and a significant reduction in understeer during acceleration through, and out of, corners.

In addition, Focus ST five-door models feature Continuously Controlled Damping technology that monitors suspension, body, steering and braking inputs every two milliseconds to adjust damping responses for optimised ride quality and driving dynamics. The system features three pre-set levels of damping to support the Focus ST’s Selectable Drive Modes; one for Slippery/Wet and Normal modes; one for Sport mode; and another – delivering up to twice the vertical load resistance of Sport mode – for Track mode. 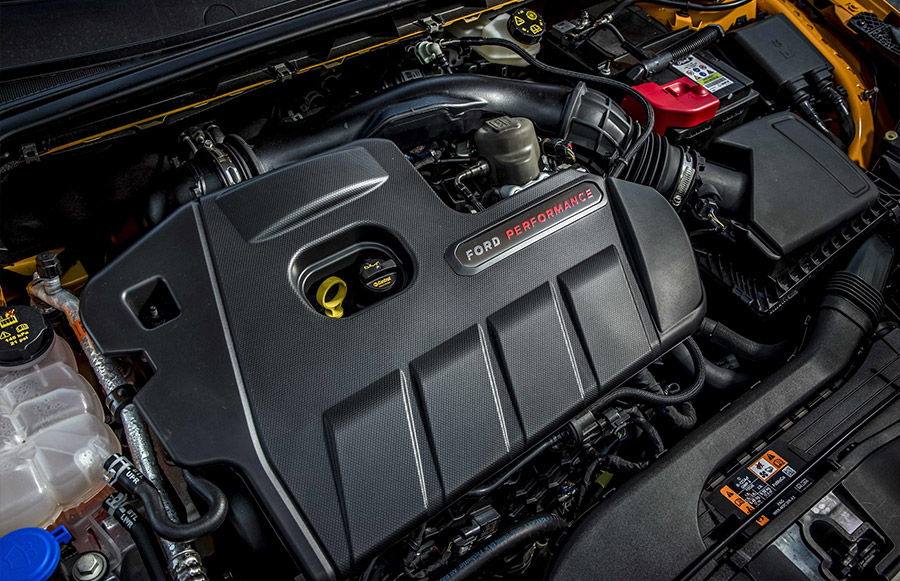