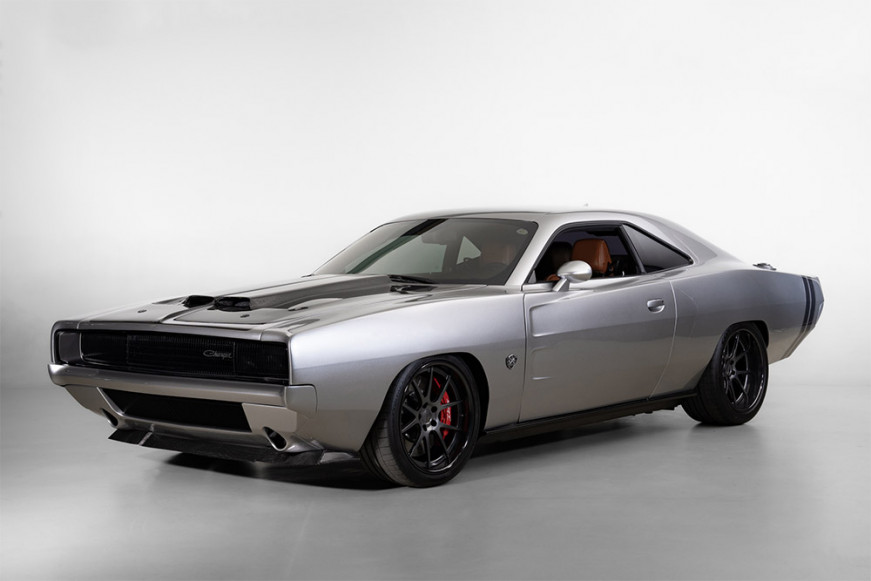 From the infamous pursuit sequence in the 1968 film Bullitt, in which Steve McQueen’s
Lieutenant Frank Bullitt pursues two hit men driving an intimidating black 1968 Charger through the streets of San Francisco… For more than 50 years, Dodge’s second-generation Charger has been one of Hollywood’s go-to American muscle vehicles, serving as “General Lee” to Bo, Luke, and Daisy Duke in The Dukes of Hazzard.

With the C68 Carbon from eXoMod’s Vintage Muscle Series, you can now combine those iconic bodies from the silver screen with cutting-edge automotive technology. The C68 is the result of a desire to create a contemporary vehicle with a classic appearance rather than a patchwork of aftermarket components attached to older technology.

In order to make a recreation of a vintage American muscle vehicle, eXoMod takes a high-performance, contemporary Dodge Hellcat and clads it in carbon fiber. The C68 maintains the look and feel of a vintage car while offering all the modern amenities and performance of a brand-new vehicle from the twenty-first century.

As part of that strategy, eXoMod collaborated with the greatest American designers and manufacturers of carbon fiber to create a unique, custom carbon fiber body using materials of aircraft quality and the fastest production-car powertrain. The C68 exoskeleton produces an automobile that is unmistakably broad-shouldered and unashamedly American, and it also makes the car lighter, stronger, faster, and most significantly, more beautiful.

No two vehicles by eXoMod are identical as each vehicle is hand assembled by a team of 6 devoted and well-experienced men (over 50+ years) for a total of 2400 man hours to complete. This team works tirelessly to embody the vision of their customer’s desires.

This specific model is built over the Hellcat Redeye Jailbreak drivetrain producing 807hp and 707lb-feet of torque. With its 100% carbon body, it shaves off over 450lbs allowing for quicker acceleration and faster braking thanks to the 10% weight reduction. The complete re-skin also sports the exact same wheelbase and length as a 1968 Dodge Charger but with a body 4 inches wider than the original. To compliment the gorgeous Silver Sepia exterior, 20″ Gun Metal Forgeline VX1R wheels were paired with the vehicle while being wrapped in Nitto NT555s (285/35 & 315/35) to ensure you’ll have no problem hooking all the power it’s putting down. 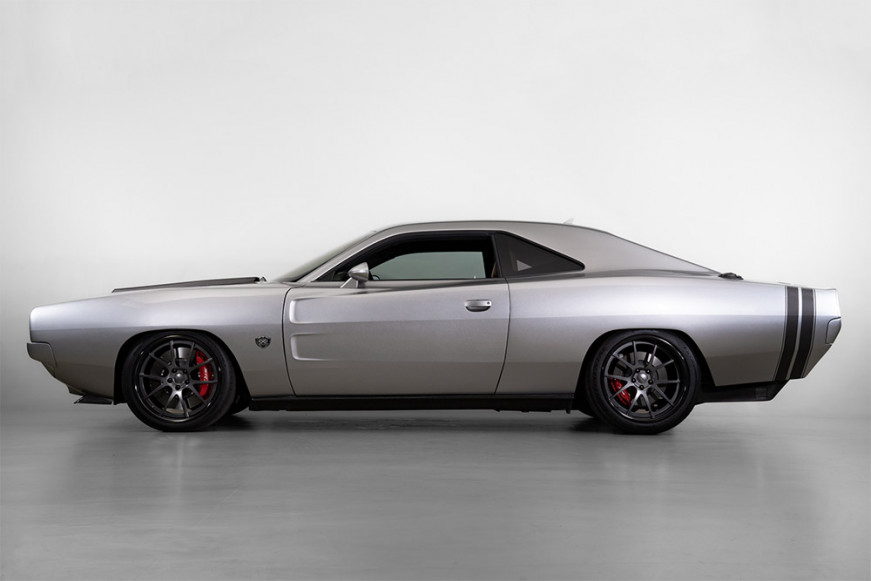 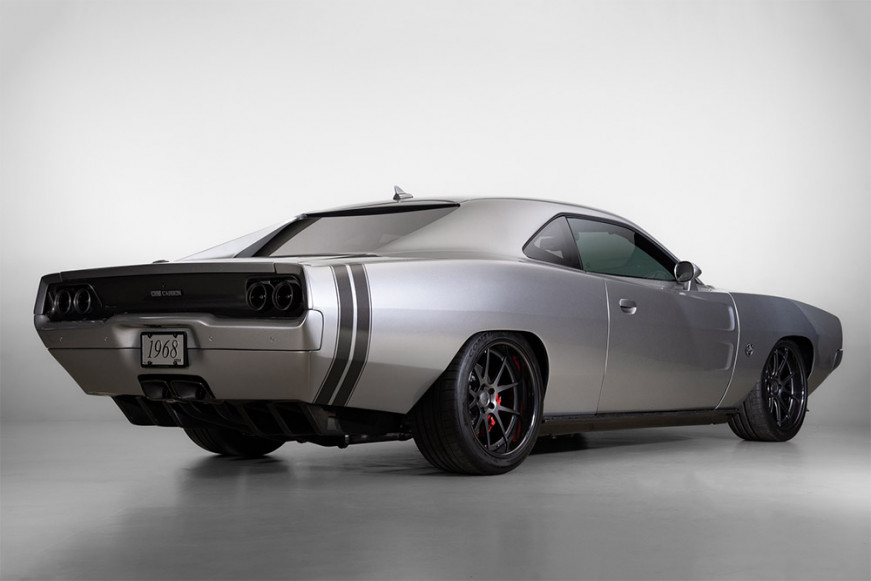 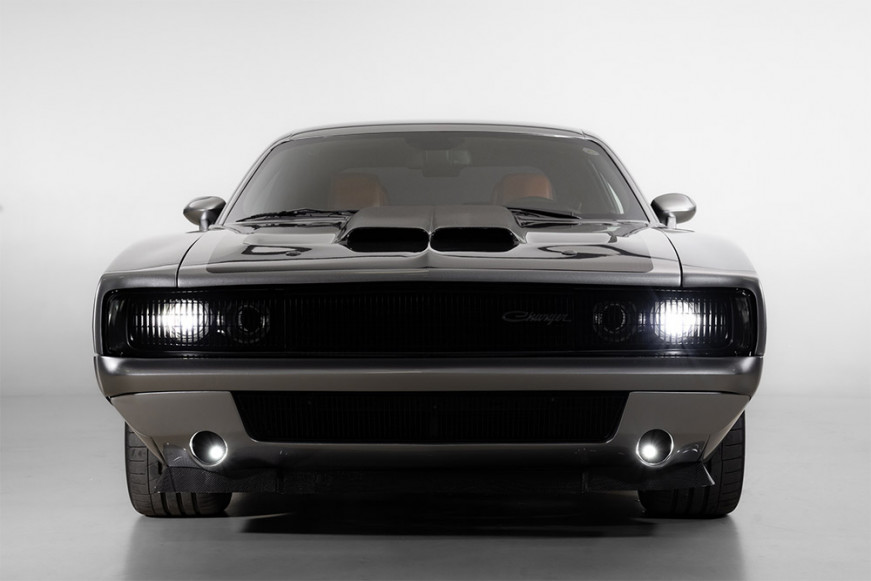 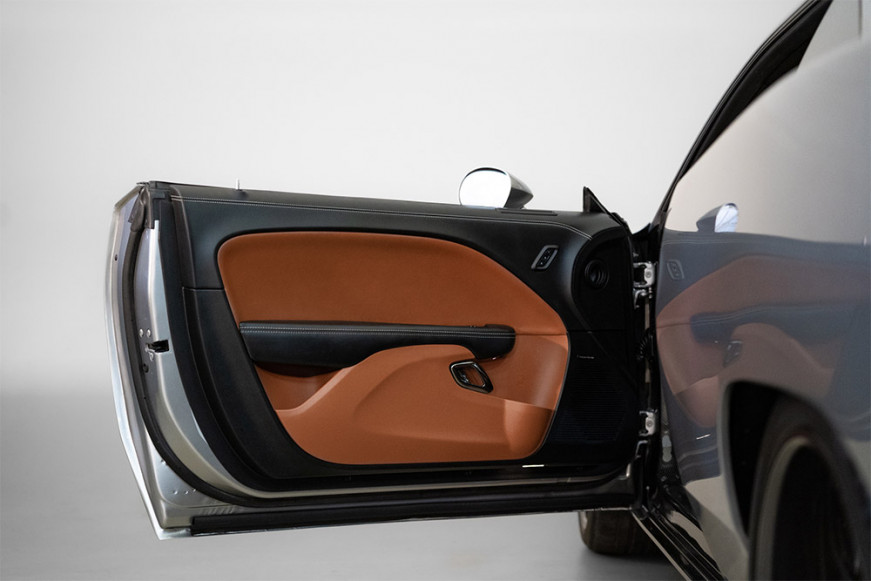 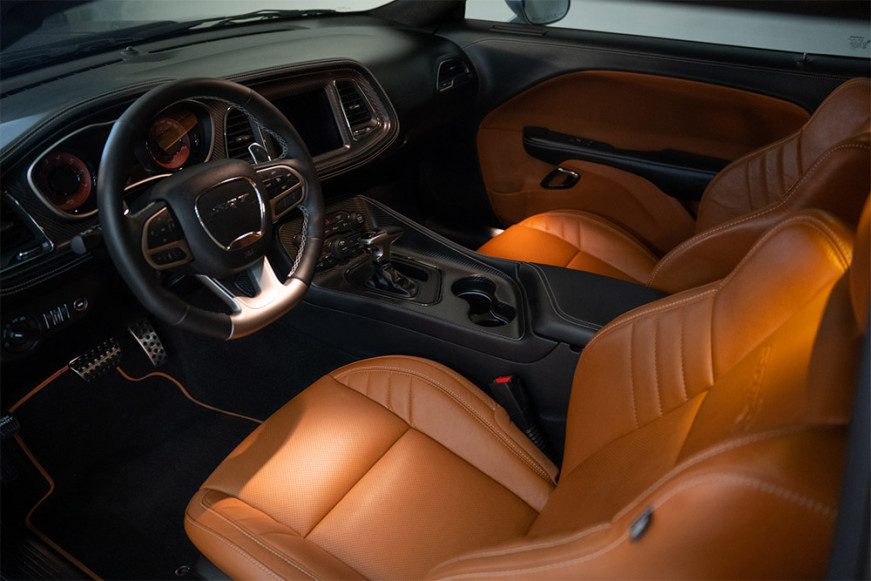 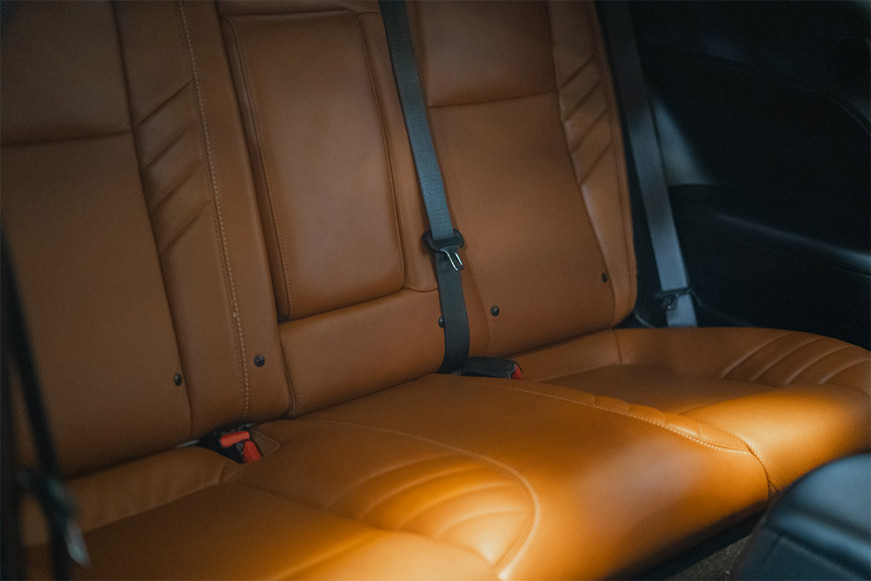 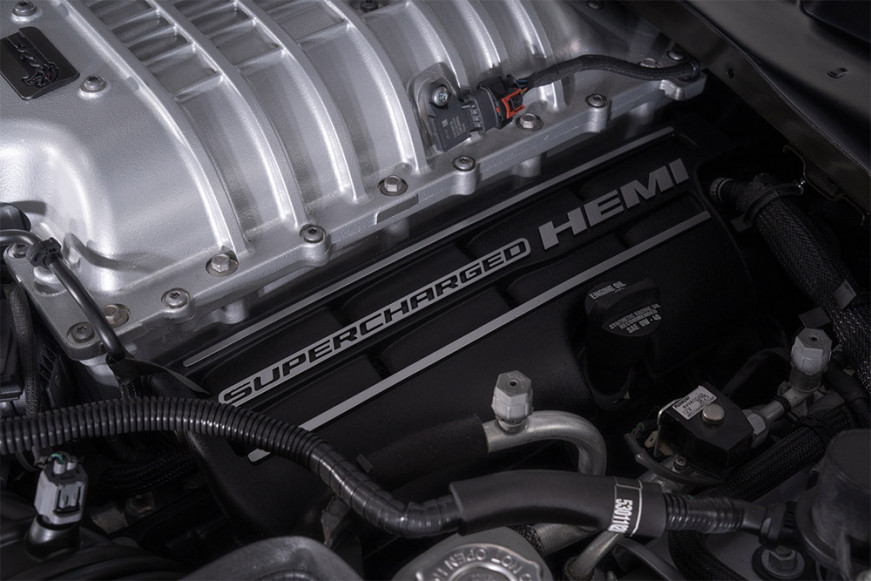 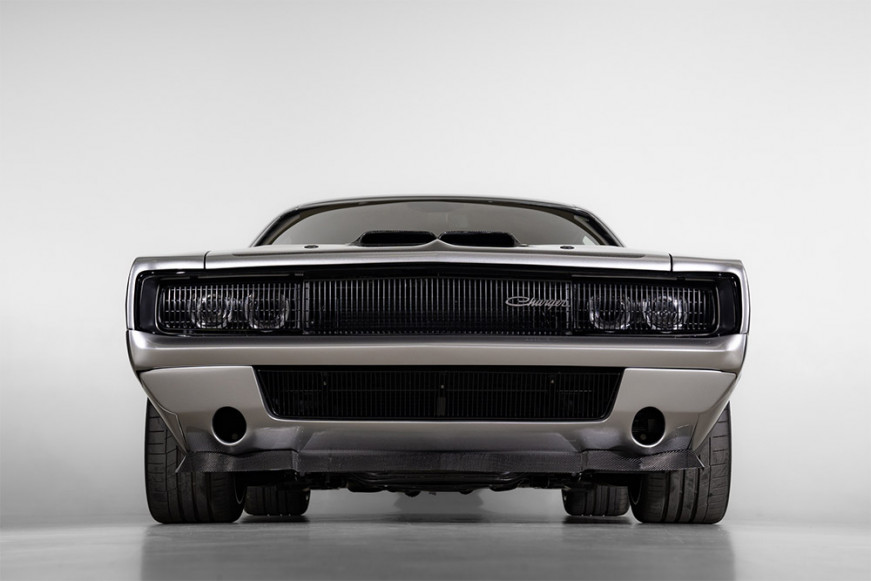 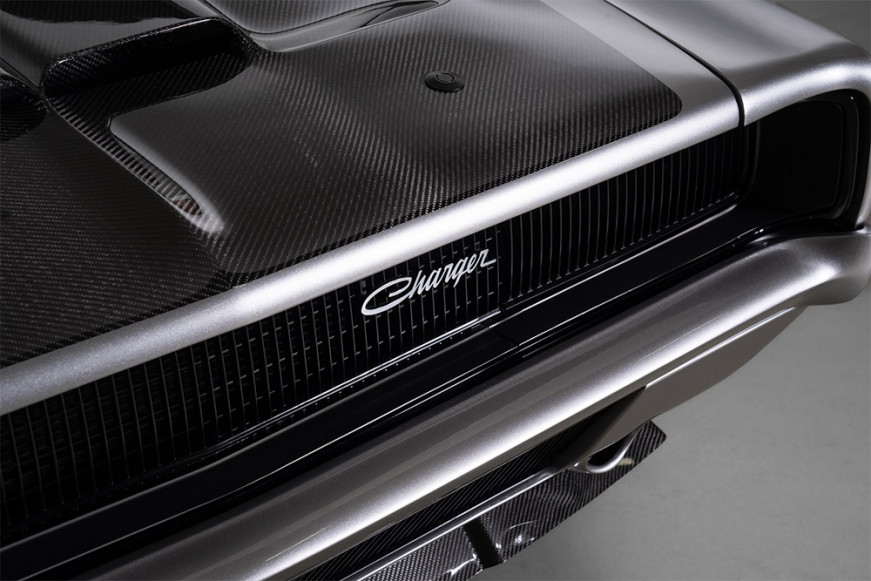 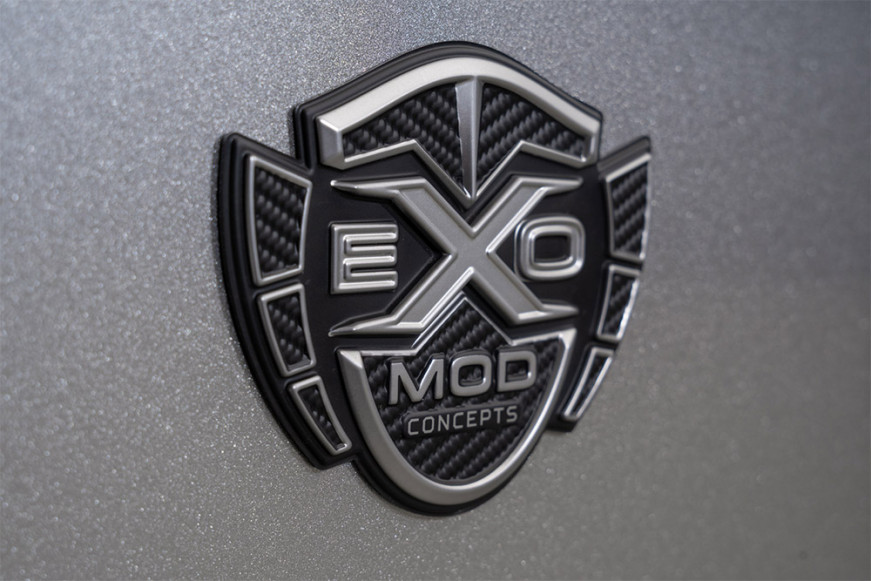 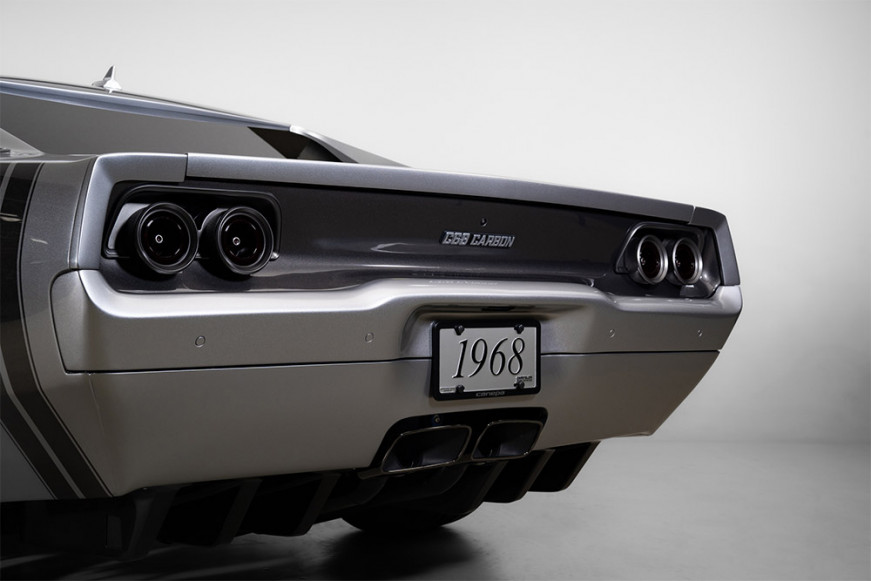 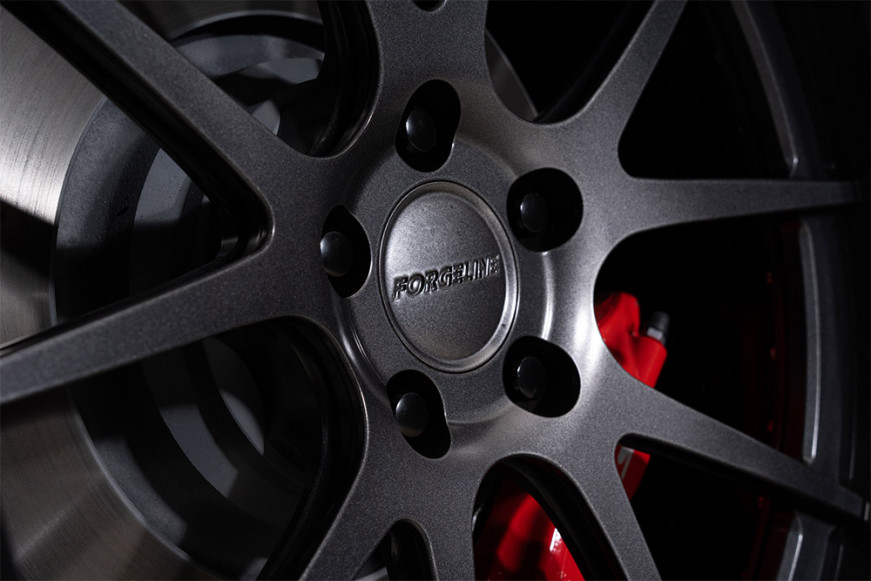 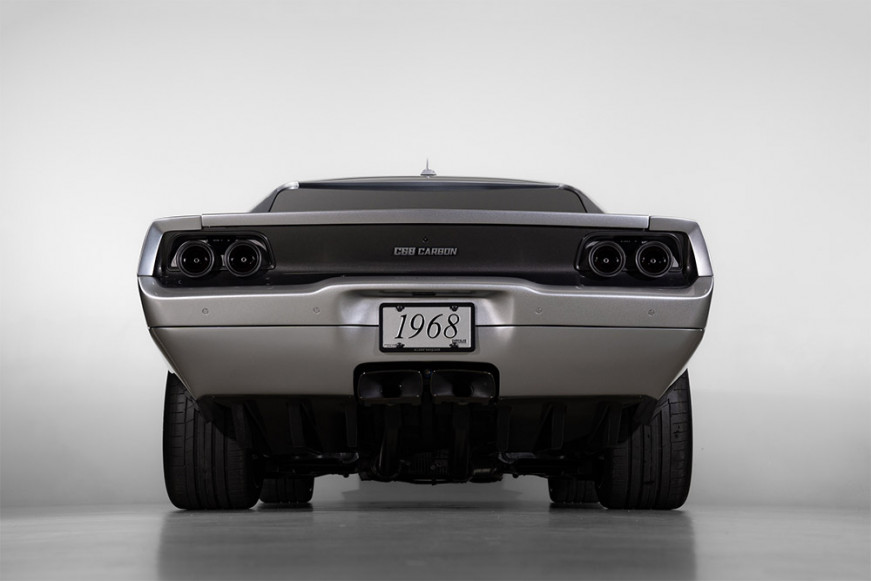 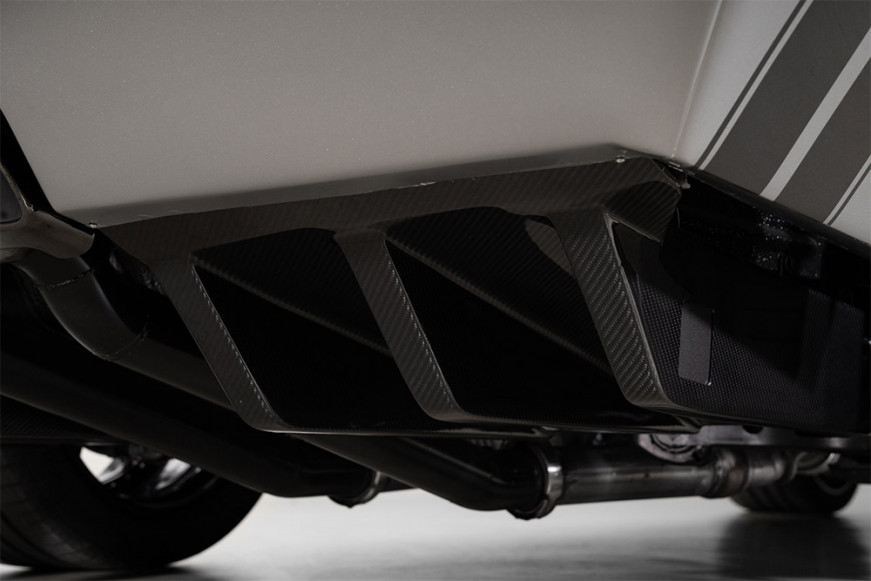 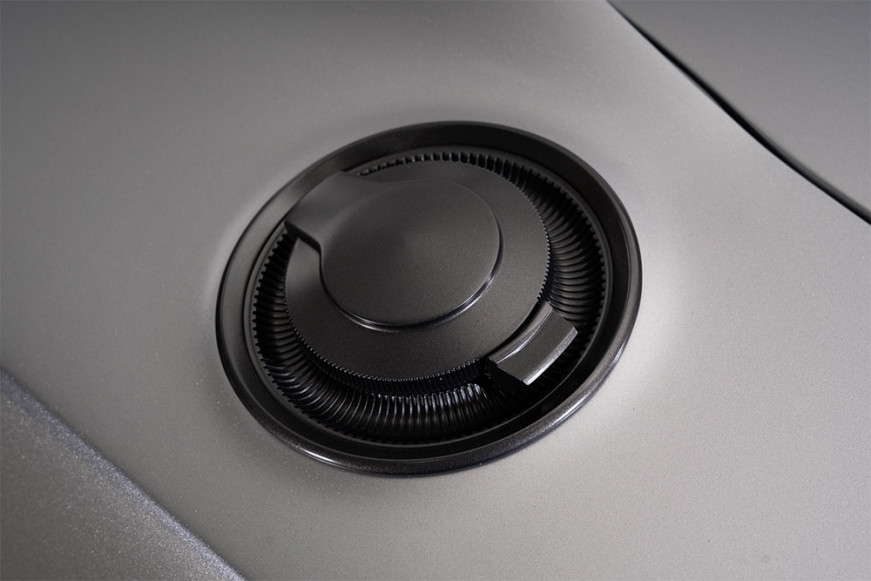 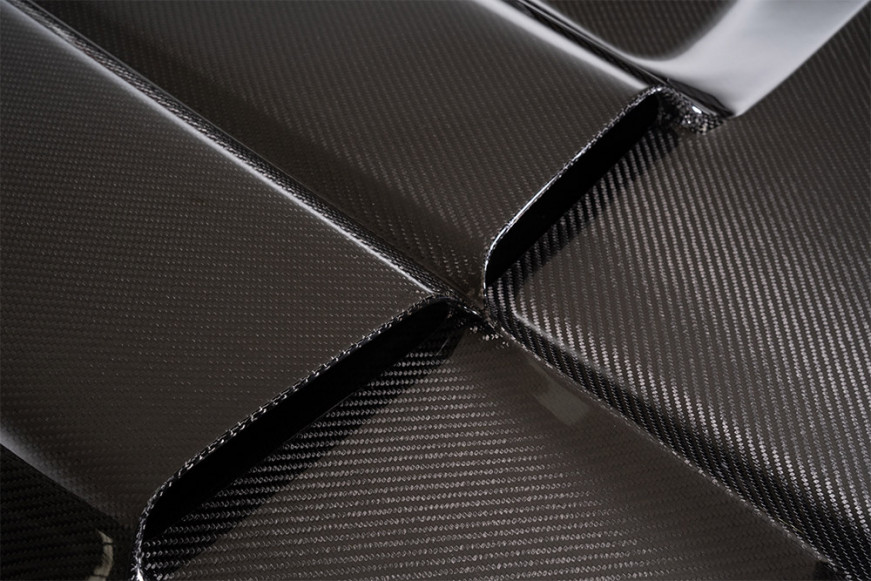 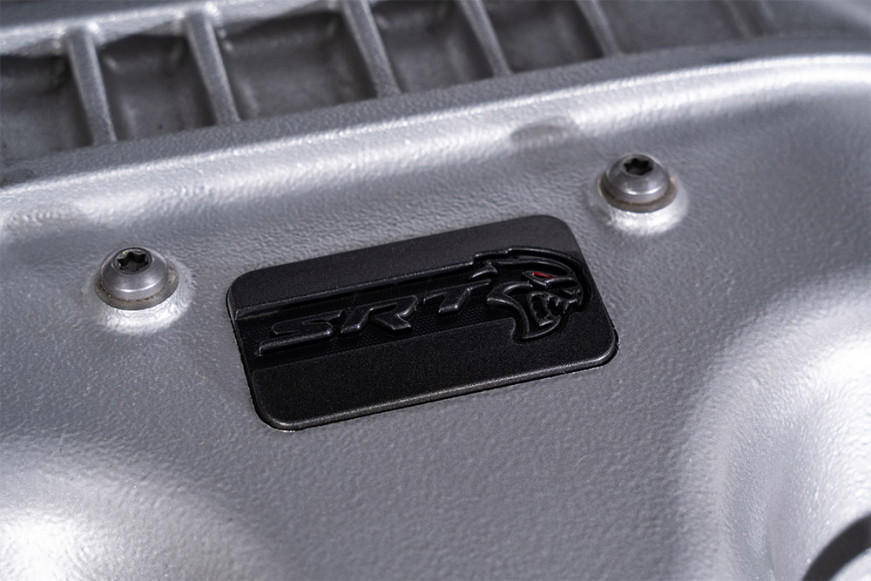 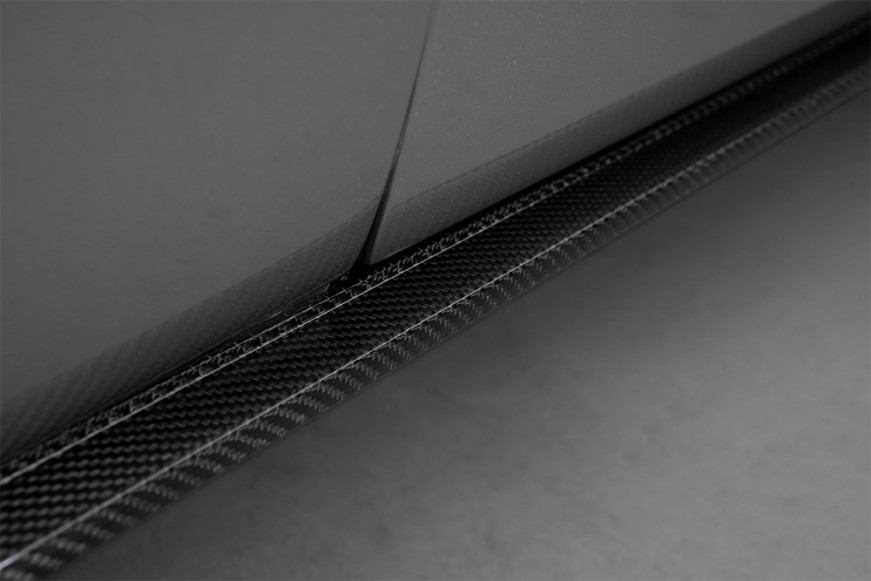