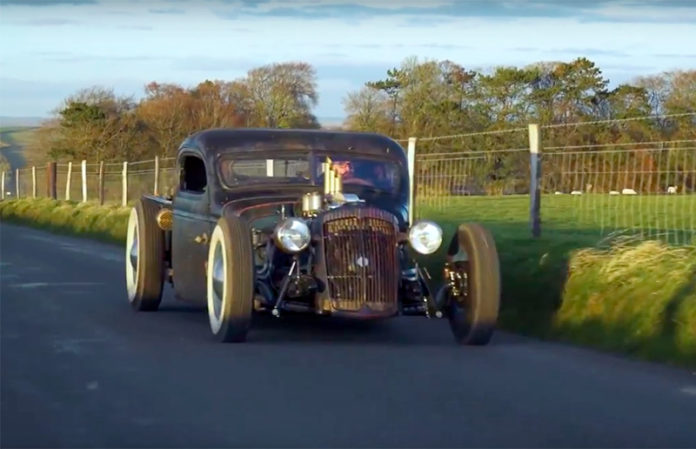 Burlen Ltd – the world’s only manufacturer of genuine SU (Skinners Union), AMAL and Zenith carburettors – has produced a truly epic Christmas video to get in the mood for the festive period in style.

Firing up his rat-look modded 40s Chevy, Burlen director Jamie Burnett goes out in search of the perfect Christmas tree, shattering the peace of the festive season and worrying the odd chicken.

The car itself is a rare sight in the UK, with its chopped body on a completely scratch-built custom chassis giving it a totally unique appearance.

Thanks to its 6.3-litre 383 small block Chevy engine featuring a one-of-a-kind triple-downdraught SU carb set-up and custom-made open exhaust system it gets attention wherever it goes. 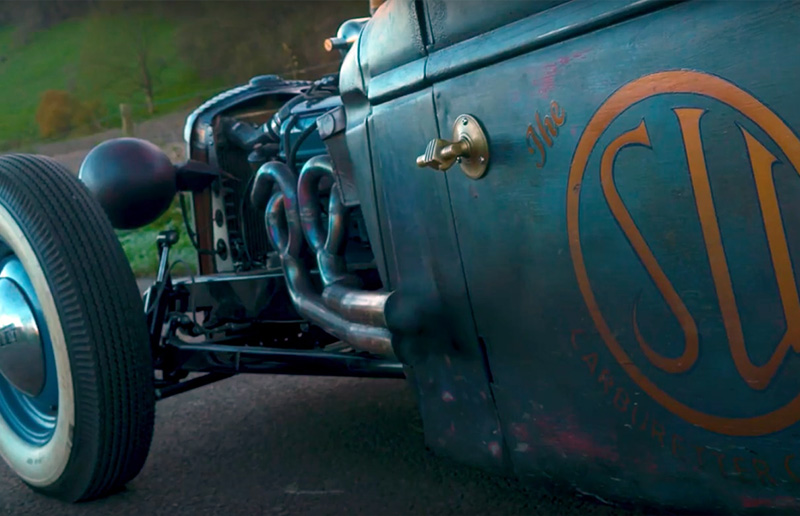 Jamie heads to Salisbury Christmas Trees in the Chevy to pick out his tree for the holidays, cuts it down by hand and puts it in the back. A traditional method favoured by the Burlen boys, but that’s not to say they’re old-fashioned.

Despite Burlen’s product range having roots back in the early 1900s, its youthful and exciting vision for the future has brought it into a completely new light. 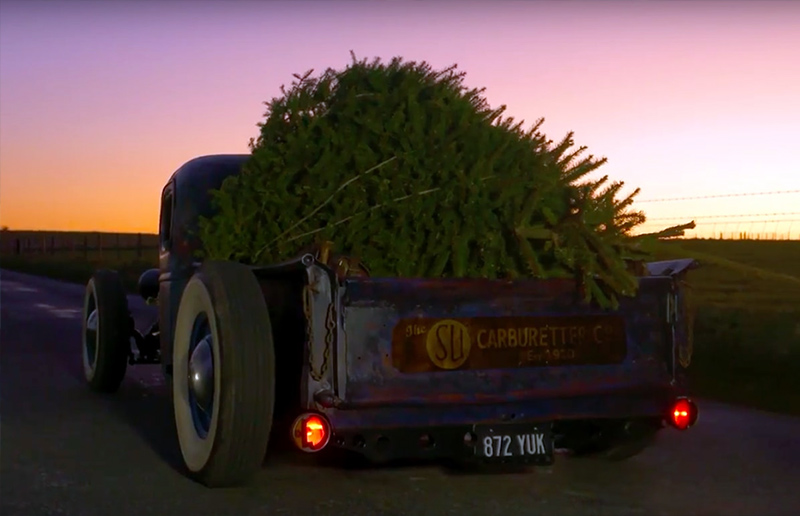 The Burnett brothers’ passion and excitement for the brand along with modern thinking and technical vision has marked the start of a new era for Burlen, with some exciting new product developments ready to launch in 2018.

Jamie Burnett, Director at Burlen, said: “We had a fantastic day getting the Chevy out on the road, turning plenty of heads and making this truly incredible video for Christmas. The Rat Rod proved to be the perfect vehicle for picking out my Christmas tree and the heater got a good test too!. When you get behind the wheel, you simply can’t resist giving it a few revs– in fact, it would be rude not to! Our video brilliantly portrays just how cool a car this is and how versatile the SU Carburettor can be. Merry Christmas to all from all the team at Burlen!”