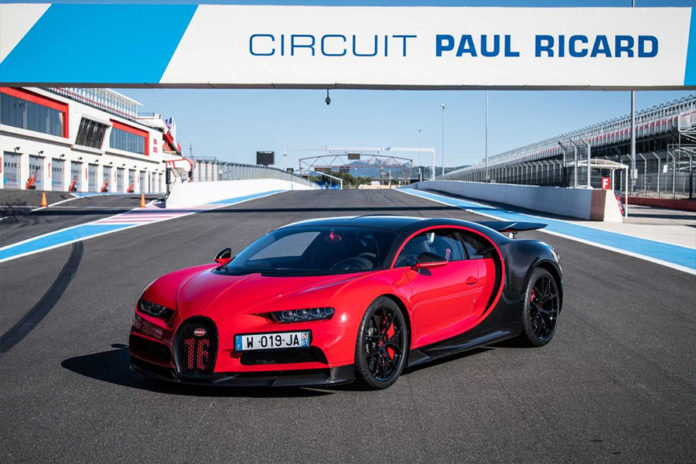 The feet dance over the two pedals. The hands move like lightening. Precisely, without getting hectic. It’s a real pleasure to watch him at work – the former Formula 1 driver, multiple participant at the 24th of the Le Mans and winner in the GT class of this legendary race. Pierre-Henri Raphanel steers a Bugatti Chiron Sport over the legendary Paul Ricard racetrack near Les Castellet in southern France with extreme precision and sensitivity. The 57-year-old Frenchman has been working as a test driver for Bugatti for years. Now he has fulfilled a very special mission. 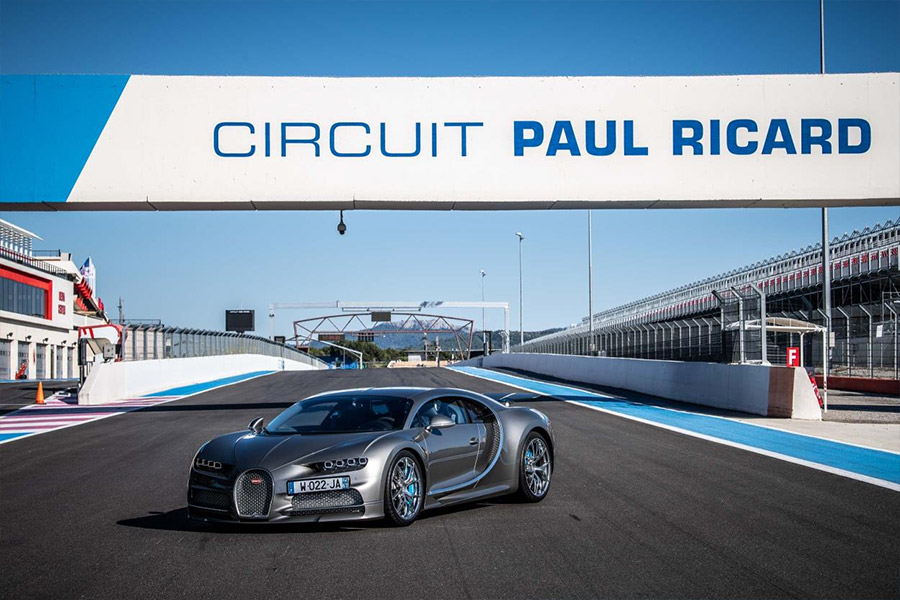 Together with Bugatti enthusiasts and former racing driver and Le Mans winner Andy Wallace, he shows how the hyper sports cars Chiron and Chiron Sport push the boundaries of physics on the race track. “Where better to test a hyper sports car extensively and safely than on a racetrack? Even novices quickly feel at home here,” says Pierre-Henri Raphanel. But not only that: Together with Andy Wallace, he ensures that the first ride in a Bugatti model is absolutely safe and that the passengers feel comfortable. 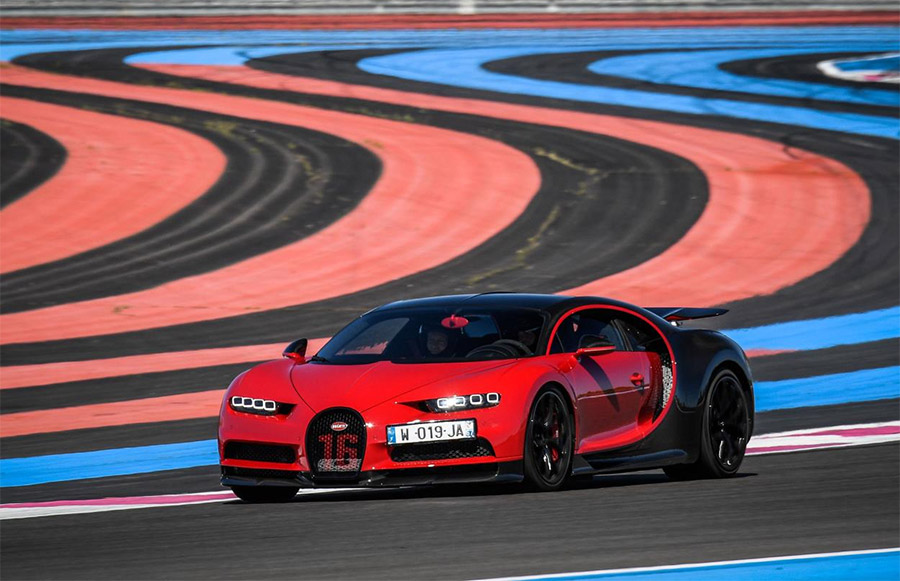 Pierre-Henri Raphanel knows Bugatti models well. Even at top speed. In 2010 he set a world speed record for road vehicles with 431.072 km/h in a Bugatti Veyron. He will not break the track record on the Circuit Paul Ricard though. “But that’s not the point. Even though we go very fast on the straight bits, accelerating round corners is much more interesting. With the Chiron models it’s easy to wave around the curves,” he grins.

The course is perfect for it. Formula 1 races took place on the Circuit Le Castellet 14 times between 1971 and 1990 – and since 2018, the cars have been gearing up on the starting line here again. Formula 1 racers will host the French Grand Prix on 23 June. 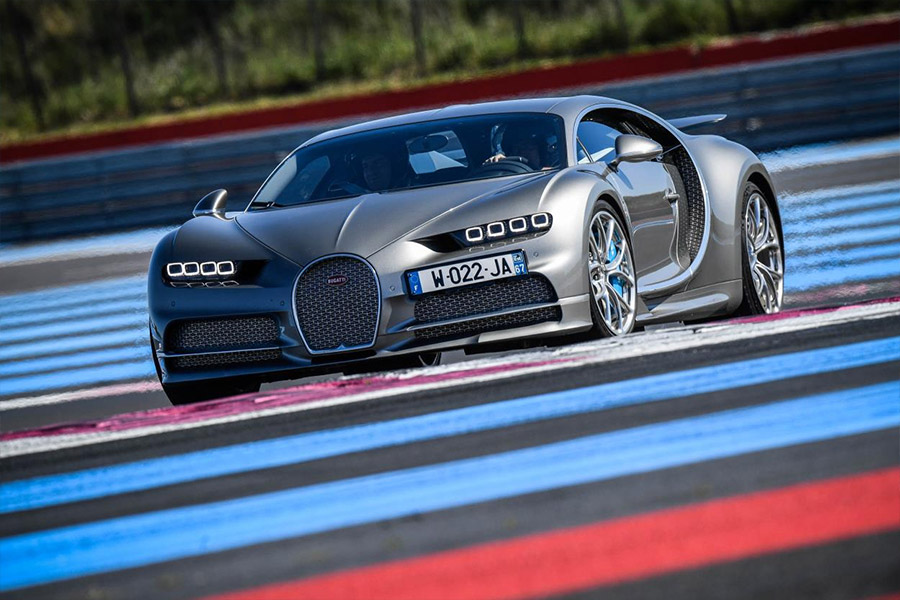 A prize that Bugatti knows only too well. In the “golden decade” of the 1920s, Bugatti won the French Grand Prix seven times between 1925 and 1936, albeit on other racetracks.

Lewis Hamilton needed 1:30:11 minutes for a 5.842 kilometre race lap on the new track in southern France in 2018, driving an average speed of over 206 km/h. “We’re not quite that fast because a Formula 1 racing car is built much more uncompromisingly than a Bugatti Chiron. But the hyper sports car offers more power and above all comfort,” laughs Pierre-Henri Raphanel. Although he doesn’t have music on in his car when driving across the racetrack, he could if he wanted to. The air conditioning also ensures a pleasant temperature, despite the hot summer outside. 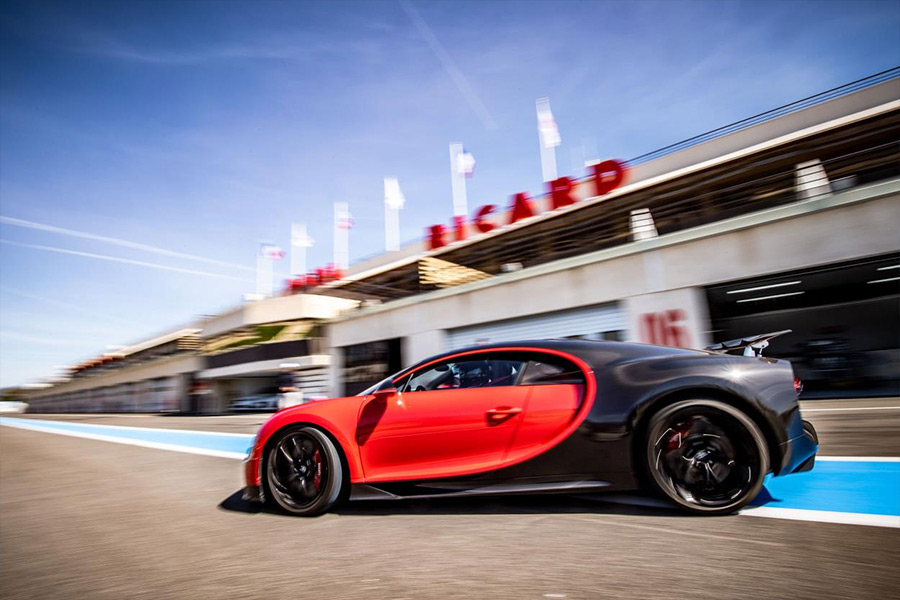 Sophisticated chassis for the race track

Situated 40 kilometres outside Marseille, the circuit is considered to be the forerunner of the modern GP circuit. Of the total of 15 curves, nine are left and six right. The starting line is followed by a 590-metre-long straight – ideal for feeling the enormous acceleration force of a Chiron. From 0 to 100 km/h it takes 2.4 seconds, to 200 km/h only 6.1 seconds. This is followed by a small S-curve, a short straight line, a right-left combination and a double-right curve. “Here you can experience how the Chiron works and, thanks to its ingenious chassis, even contact with the curbs is safely ruled out,” says professional racing driver Raphanel. On the Mistral straight, top speed is required again, briefly interrupted by a right-left-right combination. At the end follows a slight right turn, a short straight and a double right. Shortly before the start-finish straight, the race track runs in tight corner combinations that are driven round at low speeds. “Thanks to the large-volume engine with eight litres of displacement and a high torque of 1,600 Newton metres, the Chiron has power in all areas – a perfect vehicle for the race track,” says Pierre-Henri Raphanel. 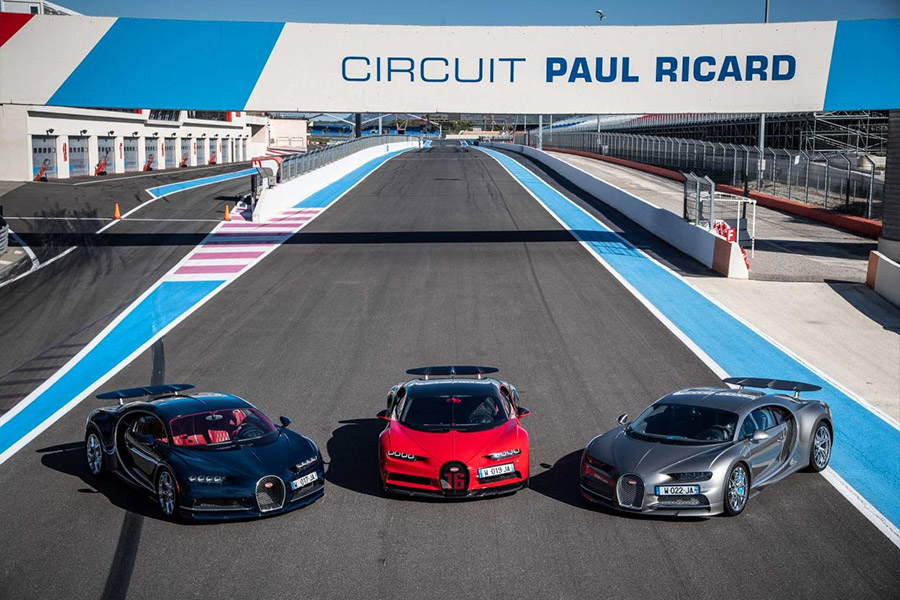 But not only the fast laps are on the agenda of the two-day event. Easier tours off-circuit are also planned. “The Chiron achieves a great balancing act and this inspires me again and again. A balancing act between sportiness, luxury and comfort. You can speed around the race track in the morning and then cruise down country roads into town in the afternoon”, he says enthusiastically. No Formula One racing car can do that.