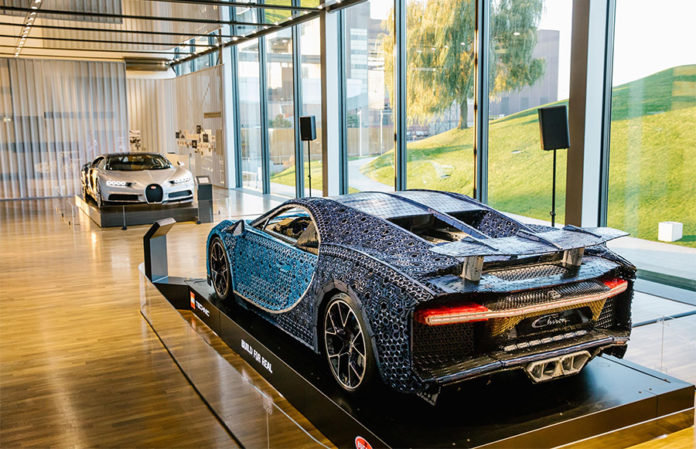 The ZeitHaus of the Autostadt in Wolfsburg is today opening its doors for a very special exhibition. The Bugatti Chiron and a driveable full-size model, the LEGO Technic Bugatti Chiron are being presented to visitors to the automobile museum side-by-side. For the first time, the LEGO Group has built a 1:1 model of a vehicle using only LEGO Technic elements that not only looks just like the original but can also be driven. It was not by chance that LEGO selected Bugatti as a partner. 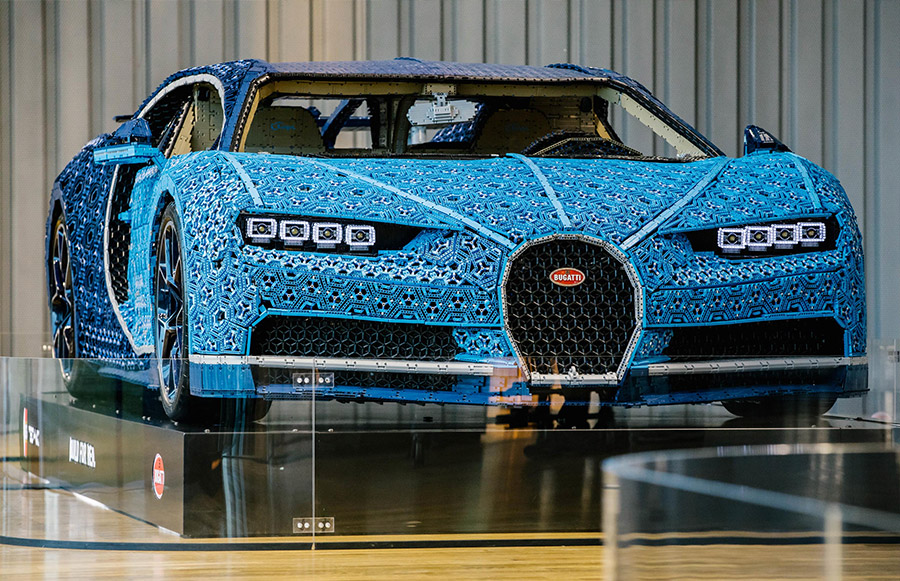 “The LEGO Group has proved to be an ideal partner for Bugatti. It was only with the same striving for perfection that our engineers demonstrate every day that LEGO bricks could succeed in bringing such a precise, refined masterpiece onto the road,” said Bugatti CEO Stephan Winkelmann. “With the 1:8 LEGO Technic Bugatti Chiron model and this driveable full-size model, the childhood dreams of many people will have come true.” 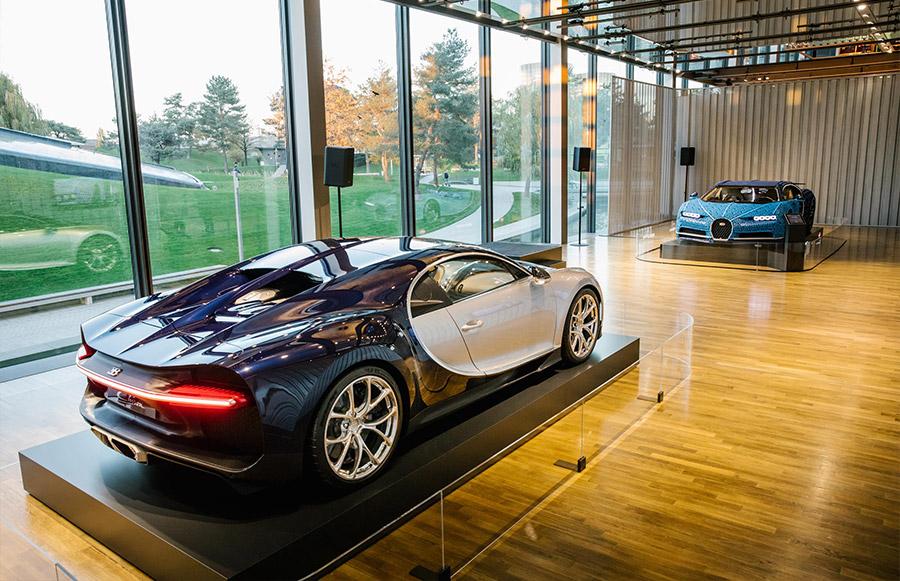 While the legendary W16 engine of the Bugatti Chiron with 1,500 PS boosts the car to a top speed of 420 km/h, the LEGO Technic Chiron can only offer 5.3 PS and 20 km/h. However, these figures are even more impressive considering the fact that the model consists of over 1 million LEGO bricks, more than 90 percent of which are LEGO Technic pieces. 2,304 LEGO Power Function motors join forces to power LEGO TEchnic’s “super sports car”, which weighs 1,500 kg. 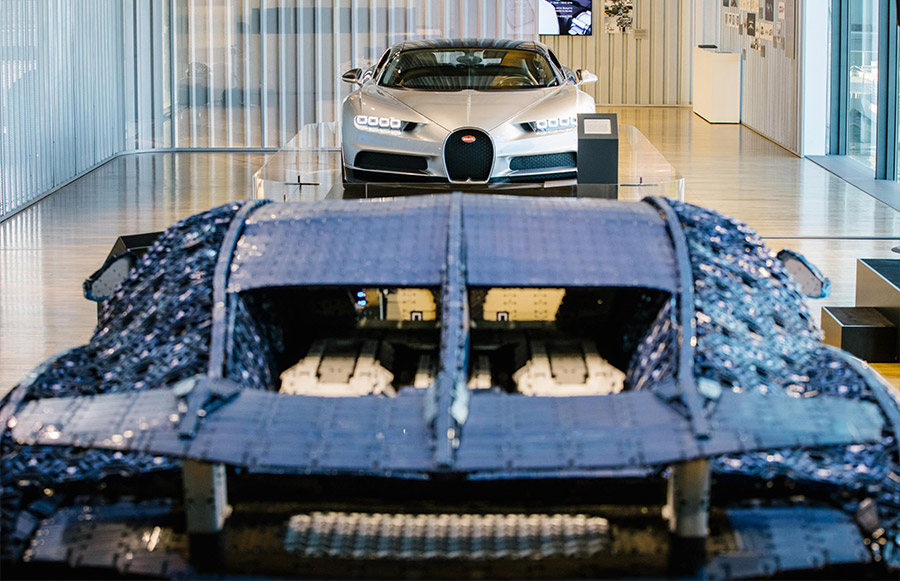 “For over 40 years, LEGO Technic has allowed fans of all ages to test their creativity with a building system that challenges them to go beyond just creating new designs, to also engineering new functions. I am very proud of our LEGO designers and model builders, the entire team have done a fantastic job bringing this model to life,” said Niels B. Christiansen, CEO of the LEGO Group. “By building a model of such a unique dream car as the Bugatti Chiron with LEGO bricks, we have also shown that there are no limits to fantasy. It’s a fascinating example of the LEGO Technic building system in action and its potential for creative reinvention.” 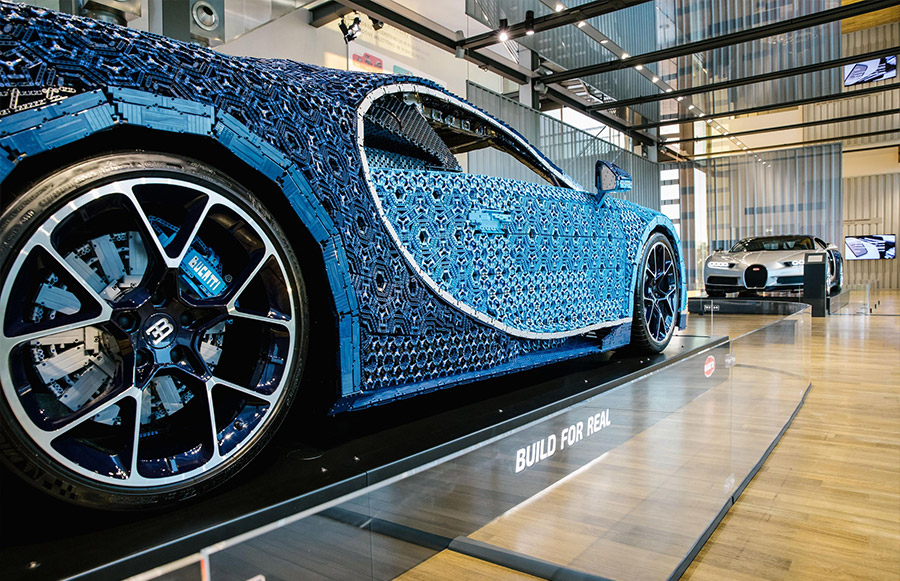 “We have brought what is probably the most exclusive pair of super sports cars in the world to the Autostadt for our guests: the LEGO Bugatti Chiron, built entirely from LEGO elements, is accompanied by the genuine Bugatti Chiron with its breath-taking performance-focused design,” said Roland Clement, Chairman of the Management Board of the Autostadt. “This exhibition in the ZeitHaus is a real highlight for Autostadt, LEGO and car enthusiasts.” 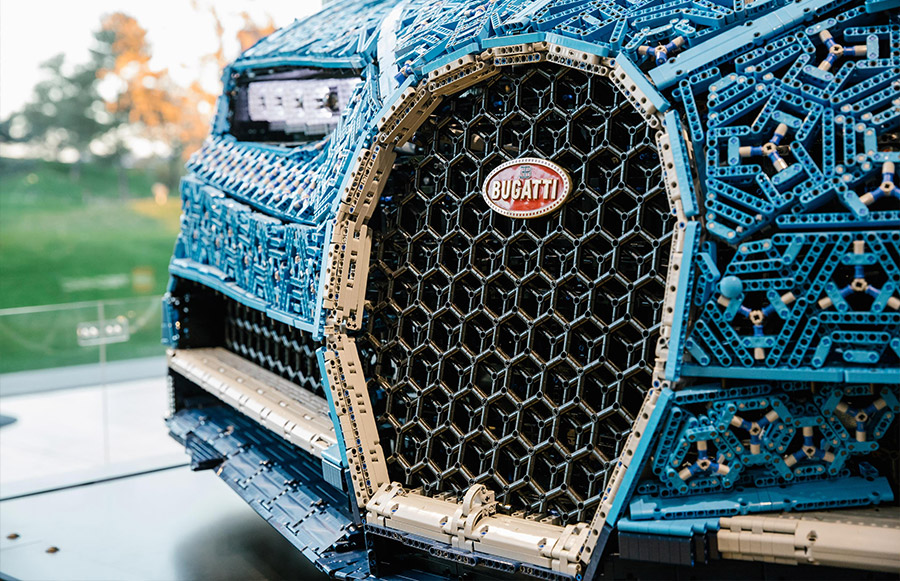 Both cars can be admired in the ZeitHaus automobile museum of the Autostadt in Wolfsburg from today until 6 December.