50 Years of Porsche 917 Celebrated at Goodwood 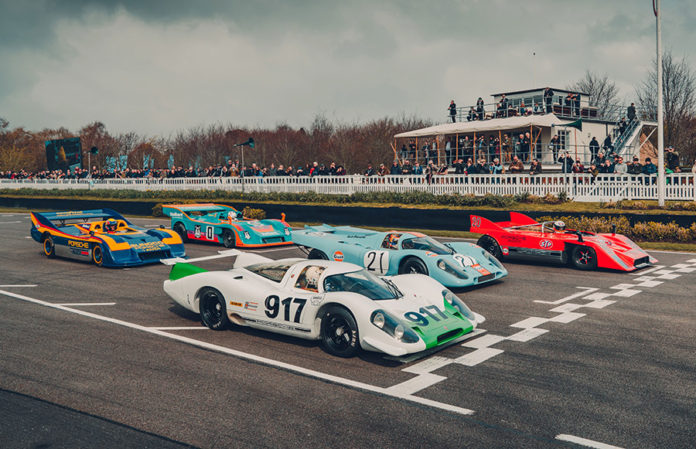 Four world premieres at 77th Goodwood Members Meeting in Great Britain: For the first time, Porsche presents four driving examples of the 917 around the challenging Goodwood Motor Circuit – including the first 917, chassis 001 which has been restored just in time for this year’s jubilee. Furthermore, the 917/30-001 celebrates its debut after its restoration in Sussex. The 917-001 and the 917/30-001 meet for the first time at a driving event. 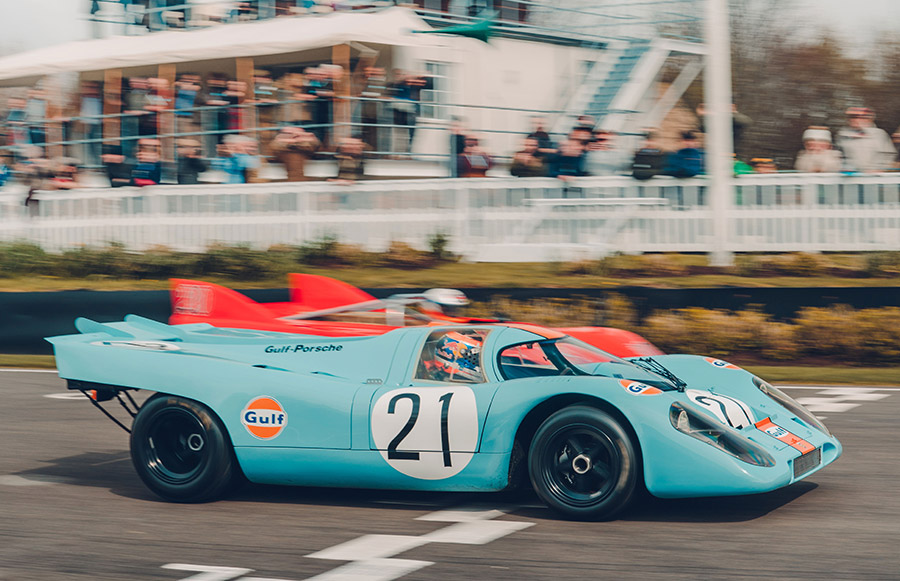 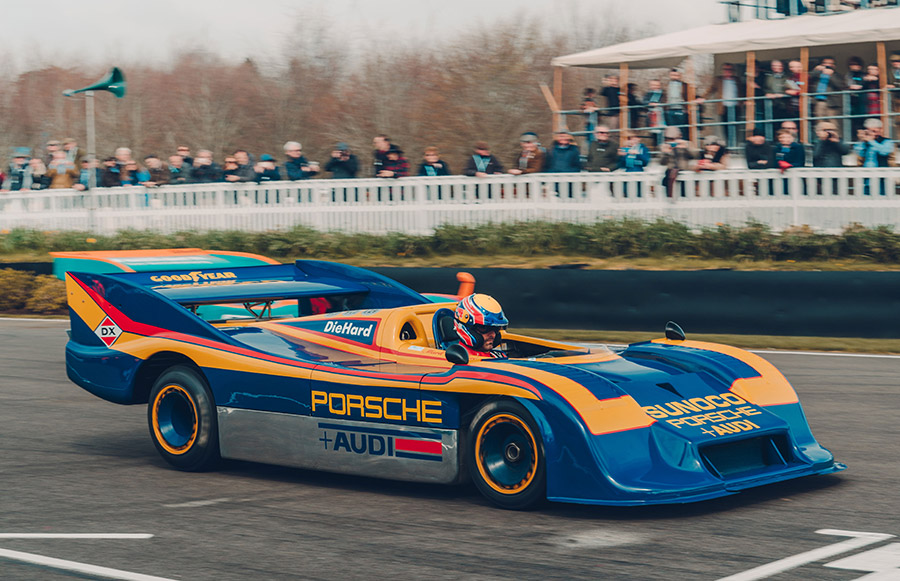 The mighty ‘Sunoco’ 917/30 Spyder is a regular visitor to Goodwood. Developing in the region of 1,200hp from its 5.3-litre V12, the 917/30 Spyder weighs just 850kg – allowing it to reach a top speed of 375 km/h. With the engine suitably optimised, Mark Donohue set a closed-course speed record at Talladega Speedway in the sister car, to average 355.848km/h. 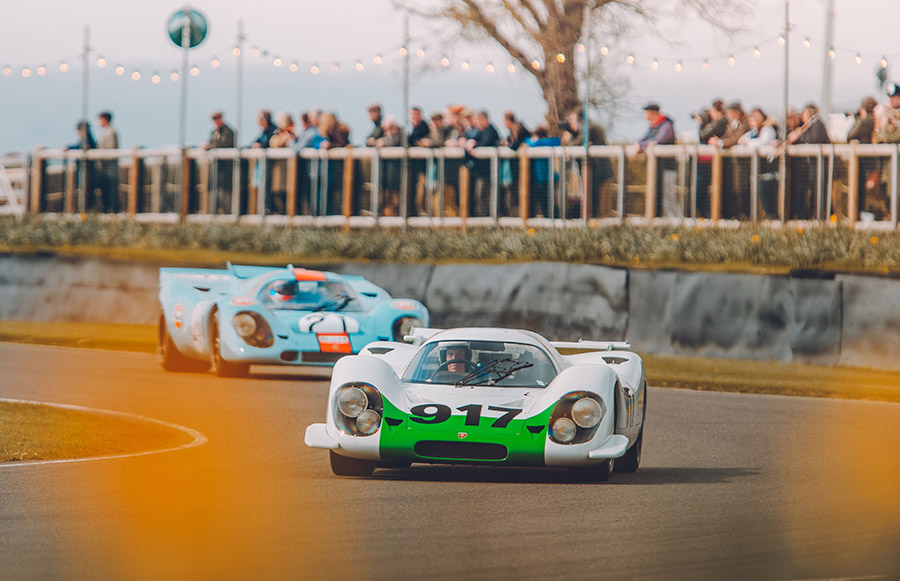 Finally, the newest of the 917s at Goodwood is the 917/30 Spyder carrying the distinctive livery of 1975 sponsor, the central heating manufacturer Vaillant. Carrying a wheelbase extended by 184mm over the conventional 917, the car was built in 1972. The following year the car won on its debut, with Vic Elford driving, in the Interserie race in Hockenheim.

Driving the cars at Goodwood will be Le Mans winners Richard Attwood and Neel Jani along with former F1 and LMP1 racer Mark Webber. Following Goodwood, the cars will leave the UK to re-join the Porsche Museum collection in Stuttgart. From 14 May to 15 September 2019, the Porsche Museum will honour the 50th anniversary of the 917 with an extensive special exhibition entitled “50 Years of Porsche 917 – Colours of Speed”.