50 Years After, A Look Back at the First Modern Volkswagen 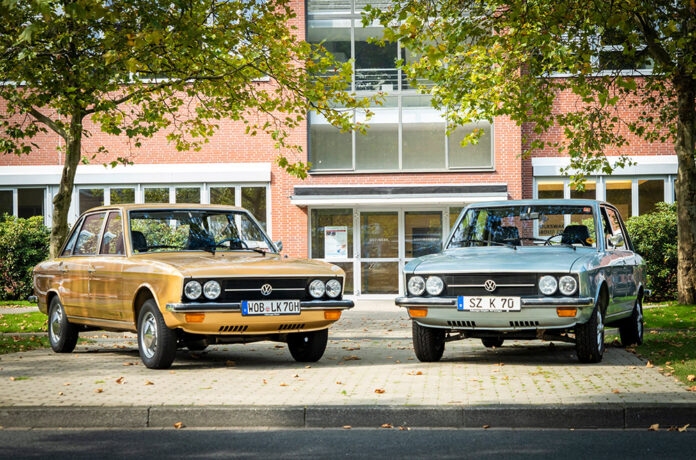 From the launch of the Beetle through the Bus, the 411 and other models, Volkswagen built all of its cars around air-cooled engines mounted at the rear. This approach had tremendous benefits, but it was clear by 1970 that the future would require a different approach – and in October of that year, Volkswagen unveiled the model that set the tone for decades to come.

While not imported to the United States, the Volkswagen K70 notchback sedan marked a dramatic change in the company’s direction. Developed by NSU, a small German automaker that Volkswagen had bought in 1969, the K70 featured a clean, classic design with a water-cooled four-cylinder engine powering the front wheels.

At the time, NSU and other automakers had been experimenting with other engine types and layouts, including rotary, Wankel-style engines that might offer the best combination of power and efficiency. In the K70, the result was a smaller sedan that offered ample interior and cargo space for its time, along with a well-tuned independent suspension. The 1.8-liter engine’s 70-hp output was adequate for its era, but less than sporty.

One of the main emphases of the K70 was on active and passive safety. Features such as a reinforced passenger compartment, crumple zones at front and rear, a fuel tank at the rear in the protected area and preparation for safety belts on all seats as a standard feature set new standards.

Built in a new factory in Salzgitter, the K70 was announced as “a new Volkswagen, different to all the others made to date.” Although it was groundbreaking, the K70 wasn’t a huge seller, but it laid the groundwork for Volkswagen to develop the Golf and Passat. And 50 years later, its design has aged gracefully into a true classic for collectors worldwide.

Volkswagen Launches the Exclusive Golf GTI Clubsport 45 Onto the Market

How the Volkswagen ID.4 Communicates With Light