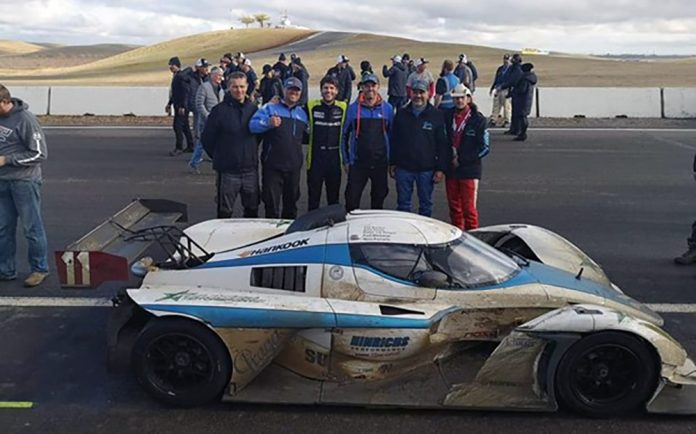 Praga Cars has confirmed Sonoma Raceway-based Praga Racing West as its first official US Praga Racing dealer in a new international network of R1 dealer partners. The new dealer, located trackside at the Sears Point, California circuit, has already proven its specialist understanding of the mini LMP racer having raced their own R1 to a stunning third place finish in the 2019 25 Hours of Thunderhill.

Mark Harrison, Head of Commercial Operations, Praga Cars said: “We are really pleased to have agreed terms with the guys at Praga Racing West and look forward to supporting their efforts to race in California and help grow our network in the perfect environment for the R1. For future customers Praga Racing West is perfect as they have proven the R1’s capabilities over 25 hours of racing and I look forward to visiting them later this year.”

Praga Racing West is the first official Praga dealer in the USA and is based at Sonoma Raceway in California. Run by experienced racers and race-car owners Paul Blickman, Tim Barber and Steven Farrario, Praga Racing West has already invested into the success of the Praga R1T and built strong relations with two sanctioning bodies NASA and SCCA as well as Praga’s factory and US-based technical representative.

Praga Racing West will offer a full customer service from purchase to service, track support and transport, with their unique knowledge of Praga’s carbon-fibre racer proven in 2019 when Barber, Blickman and Farrario competed and podiumed their Praga R1T in the 2019 25 Hours of Thunderhill.

Tim Barber is a pro driver and has been racing and developing drivers and cars for 21 years. Barber has also been building cars for, and competing in, the 25 Hour for 11 years.  Steven Farrario has been racing for 16 years including the 25 Hour race since 2010. Blickman has been racing shifter Karts and cars for 17 years and began his racing career working on race cars 30 years ago with March in the US. Having raced open wheel Lola’s, Spec e30’s, ST3 Series BMW’s, Porsche Cup cars and the Praga R1T he believes the Praga is one of the best cars to be developed for racing on the market and is easier to run on a race weekend then a spec e30

Tomas Kasparek, Owner, Praga Cars, said: “I am really pleased that we have secured the first official US Praga Racing dealer. Pragas have been racing in the US for a number of years with support of Fellner Motorsport based in Florida and we’ve seen some fantastic results for the R1, for example a 3rd place overall result in the 25 hours of Thunderhill in 2019. We are sure that with a new US dealer we will see even more podium results in the near future”

Praga’s first stage of its global network has been managed in a joint effort between the company’s manufacturing and legal teams in the Czech Republic and the Praga Cars’ global commercial headquarters in the UK. Praga Cars remains in discussions with other potential international R1 dealers in Africa, Asia, Europe, and North America, and is targeting agreements with just three more in 2021 in order ensure high quality of service and production planning whilst the company grows its network.

CRASHED! My Carbon Fibre Praga R1 Is In Pieces!