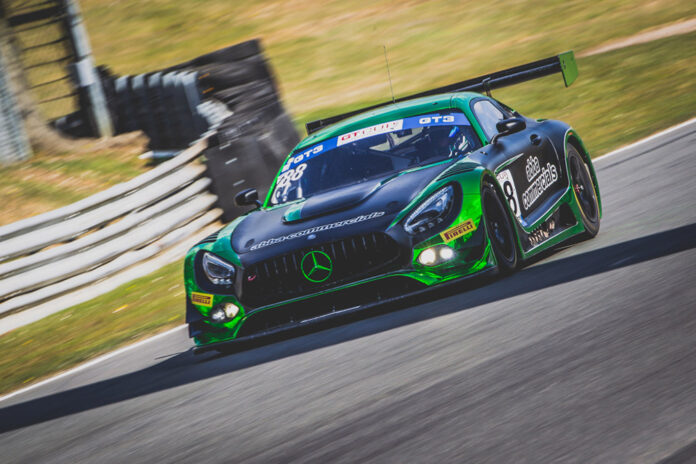 The Customer Racing Teams have produced another milestone in Mercedes-AMG Motorsport’s history. Richard and Sam Neary (both GBR) from Team ABBA Racing secured the 500th overall win since the inception of the Customer Racing Programme with their Mercedes-AMG GT3 in the British GT Cup Championship last weekend. Only a few hours later, Antonelli MotorSport added the 501st race win in the Italian GT Championship. This considerable number reflects the reliability of the customer sports cars from Affalterbach. 233 overall wins have been achieved by the Mercedes-AMG GT3 to date, 183 by its predecessor, the Mercedes-Benz SLS AMG GT3, and 85 by the Mercedes-AMG GT4.

The success story of the Customer Racing Teams started on 16th October 2010. In the erstwhile VLN (currently Nürburgring Endurance Series), BLACK FALCON scored the maiden overall win with Thomas Jäger and Christopher Haase in what only was the second race participation of the Mercedes-Benz SLS AMG GT3. The first race car fully developed in-house by Mercedes-AMG initiated the foundation of the Customer Racing Programme. At the time, the worldwide success that the Customer Racing Programme would become could not yet be foreseen. However, the demand from race teams steadily increased. Soon, success at race tracks all over the world set in, so that further milestones followed after the maiden victory in 2010.

In the process, the 100th overall win in 2013 had particular significance. With first place in the 24-hour race at Spa, the HTP Motorsport team with drivers Maximilian Buhk, Maximilian Götz and Bernd Schneider completed the ‘Grand Slam’ of all the major GT3 endurance racing classics. Previously, Customer Racing Teams with the Mercedes-Benz SLS AMG GT3 had already been victorious in the Dubai 24-hour race, the Bathurst 12-hour race and the 24-hour race at the Nürburgring within one year.

Without any doubt, the most spectacular of the 500 race wins is the quadruple victory by the Mercedes-AMG GT3s in the ADAC Zurich 24h Race Nürburgring in 2016. In the first year of the Mercedes-AMG GT3 in competition, the quartet of Adam Christodoulou, Maro Engel, Manuel Metzger and Bernd Schneider drove to victory at the Nürburgring-Nordschleife for BLACK FALCON. HTP Motorsport, HARIBO Racing Team and another car from BLACK FALCON in second to fourth place complemented the historic success for Mercedes-AMG.

Historic 1-2 at Daytona at the beginning of the year

The Mercedes-AMG GT4 also contributes substantially to the success story of the Customer Racing Programme. From the 85 overall GT4 wins, the historic triple victory in the IMSA Michelin Pilot Challenge at Daytona International Speedway in January 2020 stands out. At the legendary circuit in the US, the Customer Racing Teams scored another remarkable success in the current 2021 motorsport season as well. The 1-2 for the Mercedes-AMG GT3s from WINWARD Racing and SunEnergy1 Racing in the Rolex 24 At Daytona marked the first-ever GT3 victory for Mercedes-AMG Motorsport in this famous race.

It was the first race win by the Customer Racing Teams in the still fresh motorsport season. The most recent ones to date were achieved by Team ABBA Racing and Antonelli MotorSport last weekend. In the GT Cup Championship, Richard Neary and his son Sam Neary drove from second place on the grid to victory in the second of the two 50-minute sprint races at Brands Hatch on Saturday. With the fourth overall win in the sixth race of the season for the duo with the Mercedes-AMG GT3 with starting number 88, the magical number of 500 overall race wins was reached. One day later, Antonelli MotorSport was first across the finish line in the Italian GT Championship. Bar Baruch (ISR) and Luca Segù (ITA) won the second race of the weekend at Monza with the #90 Mercedes-AMG GT3.

Richard Neary ranks among the drivers with the most overall wins. His 20 victories are only outnumbered by the 27 wins for Mercedes-AMG Driver Maximilian Buhk. Among the teams, BLACK FALCON, one of the teams from the earliest days, tops the list with 25 overall wins, followed by Erebus Motorsport (24) and the AKKA ASP Team (22).

“500 overall wins, a number that is making us really proud. Many thanks to all the teams and drivers who have contributed to this success with their achievements and their efforts at the race track! It is the result of the continuous expansion of our Customer Racing Programme over the years. The fact that victories number 500 and 501 were secured in the UK and in Italy also shows our ambition to be in contention for wins and championships in all national and international race series. It has always been our goal to provide optimum service to all customer teams at every race track in the world. At the same time, the figure of 500 also means an obligation in view of the future. For many more milestones to follow after this one, we continuously keep developing the programme and our support.” – Stefan Wendl, head of Mercedes-AMG Customer Racing

Virtual Mercedes-AMG Project ONE is the Star of the New Forza Horizon 5 Video Ga...

Special Presentation of Seven Silver Arrows at the Mercedes-Benz Museum