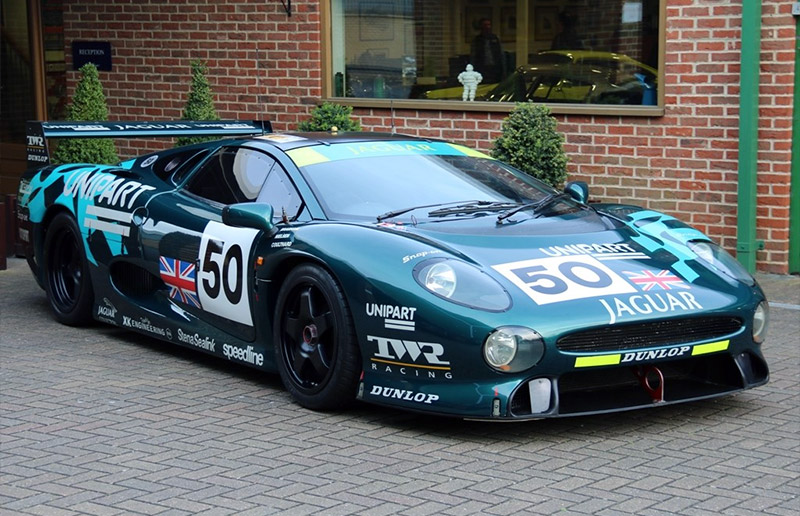 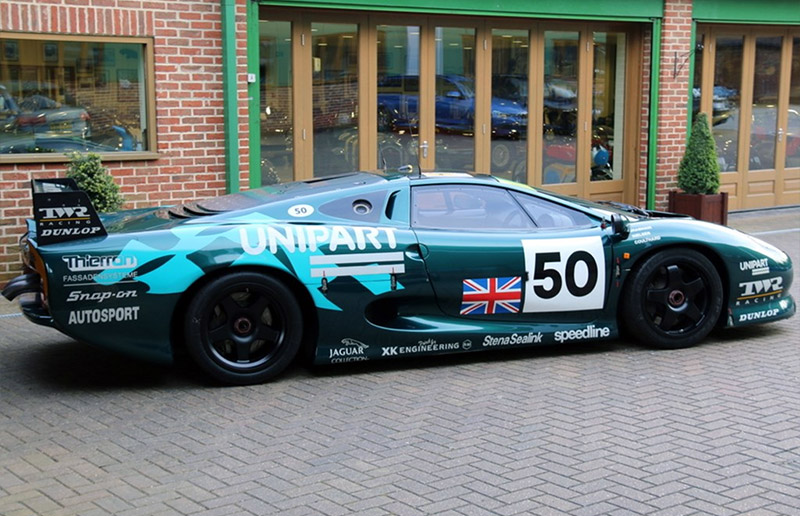 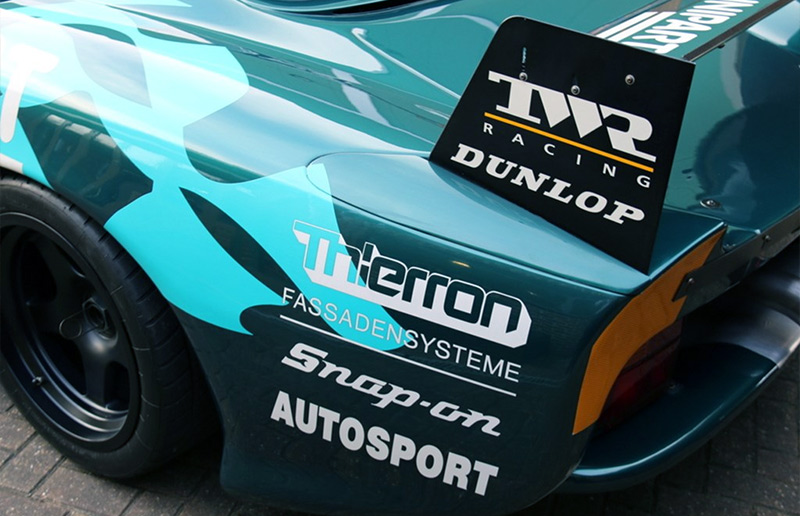 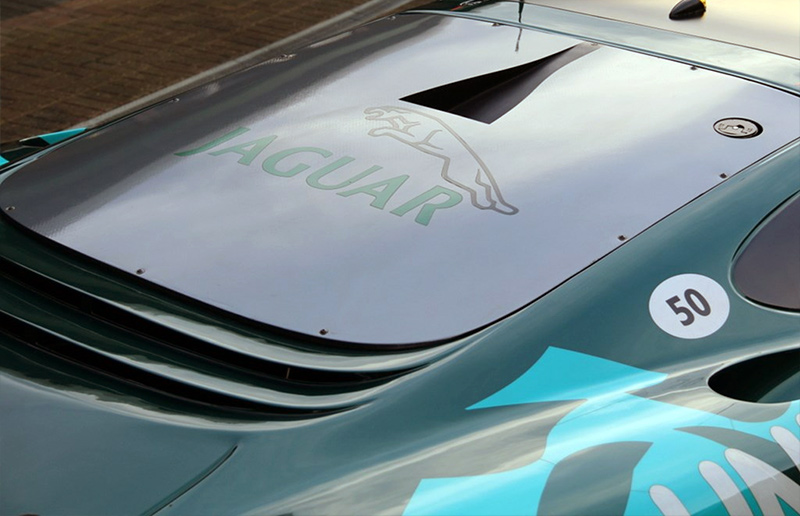 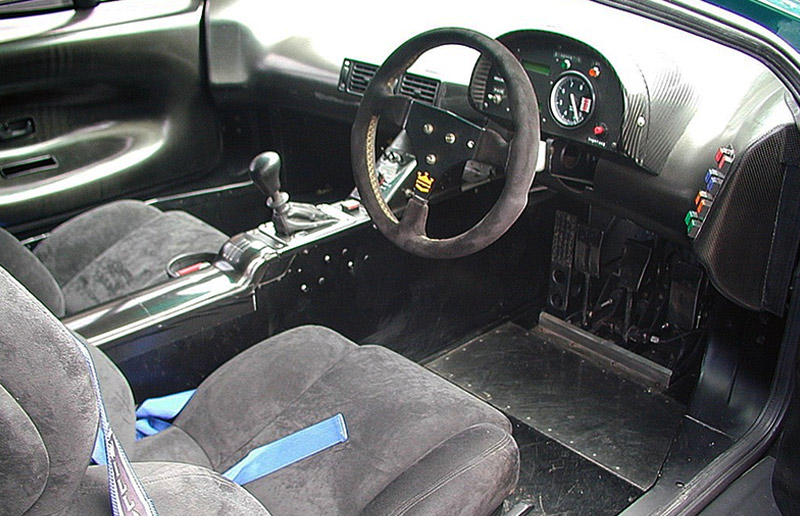 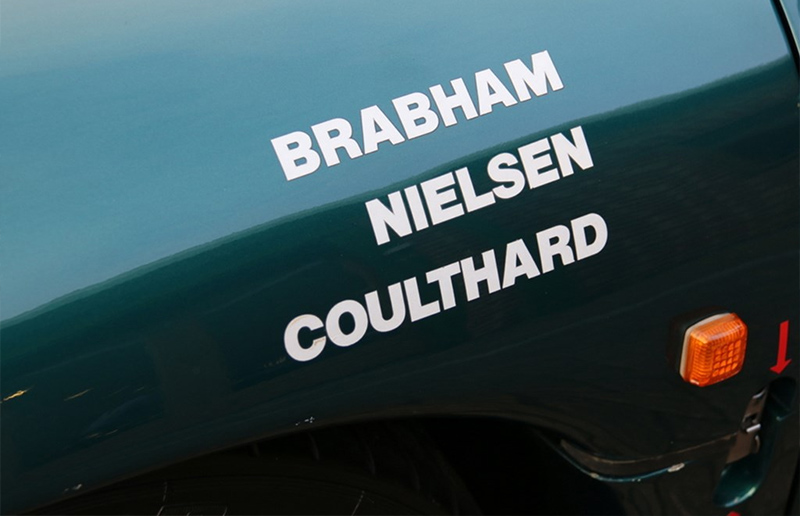 In January 1993, the Auto Sports International Show at the Birmingham NEC saw the public launch of the competition version of the Jaguar XJ220 designated the XJ220C. The car was developed by TWR and Jaguar Sport for GT racing. Examples of the XJ220C were to be made available for sale with a price tag of £380,000.

The twin turbo charged 3.5 litre V6 engine has been developed to produce a reputed 850+ bhp on maximum boost. With a weight of approximately 2,300lbs this car has a 0-60 mph time of about 2.9 seconds and a top speed of 220+ mph. It is believed that a total of four XJ220C’s were constructed by TWR and a further six XJ220S road going variants were built.

The XJ220C’s first competition experience was in the Italian Group N series, when two cars were entered and in May the XJ220C made a UK debut at Silverstone. The event was the BRDC National Sports GT Challenge race and driven by Win Percy the XJ220C easily beat the Porsche and Aston Martin opposition. Despite having less power than the Porsche, Win Percy attributed the win to a modern design and better developed braking and cornering capabilities – ground effect technology was well developed in this car.

Two of the XJ220Cs had retired by the early hours of Sunday morning. A fuel leak in car 50 took 73 minutes to repair but once repaired the car overhauled and regained the GT lead from the Barth/Dypuy/Gouhier Porsche. Car 50 finished having completed 306 laps (averaging 173 Km/h: 102 mph) and was the first car in its class to take the chequered flag.

Despite being the winner on the road, the car was disqualified several weeks later for an alleged technical infringement relating to the lack of catalytic converters during the race. An appeal by TWR was not accepted on the grounds that it had been lodged out of time.

This car was sold by TWR after it had finished its professional career to the Sultan Of Brunei who never actually took delivery of it. TWR then brokered the sale of the car to it’s previous collector owner of 18 years who in turn, lent it to Jaguar to complete the Jaguar Heritage display of important Jaguar cars at various venues. 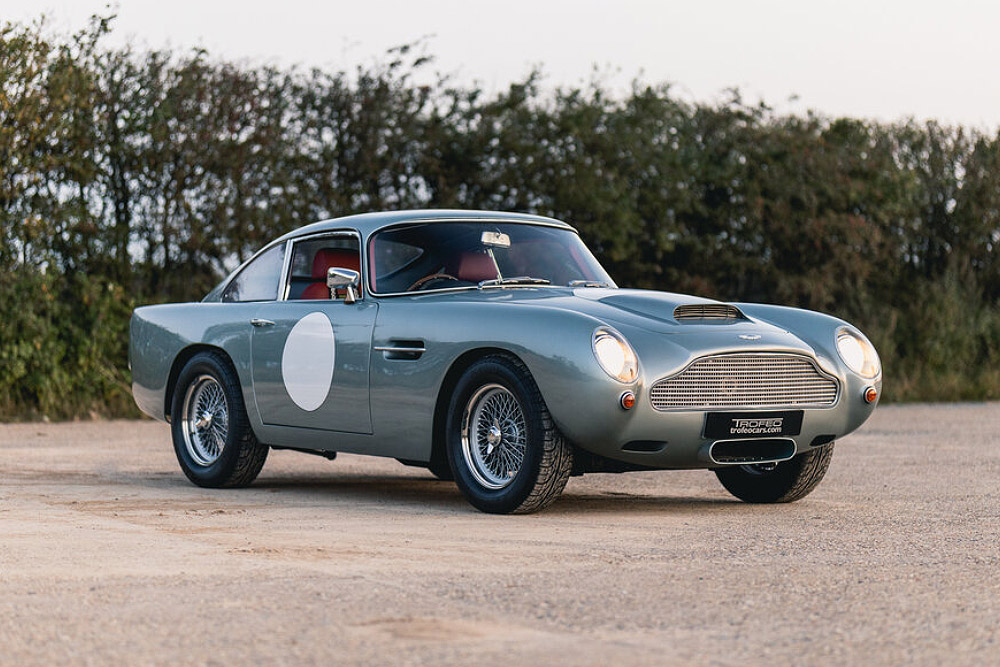 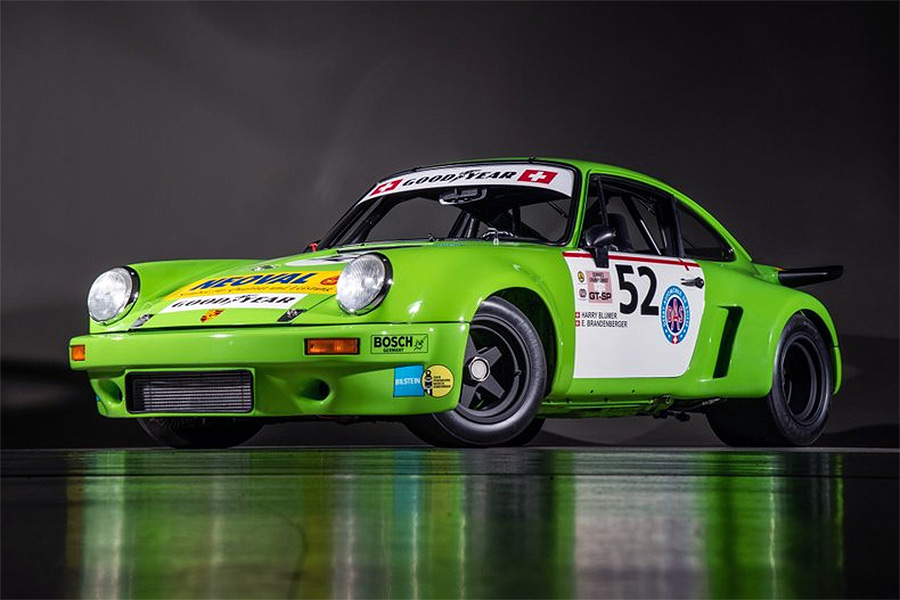 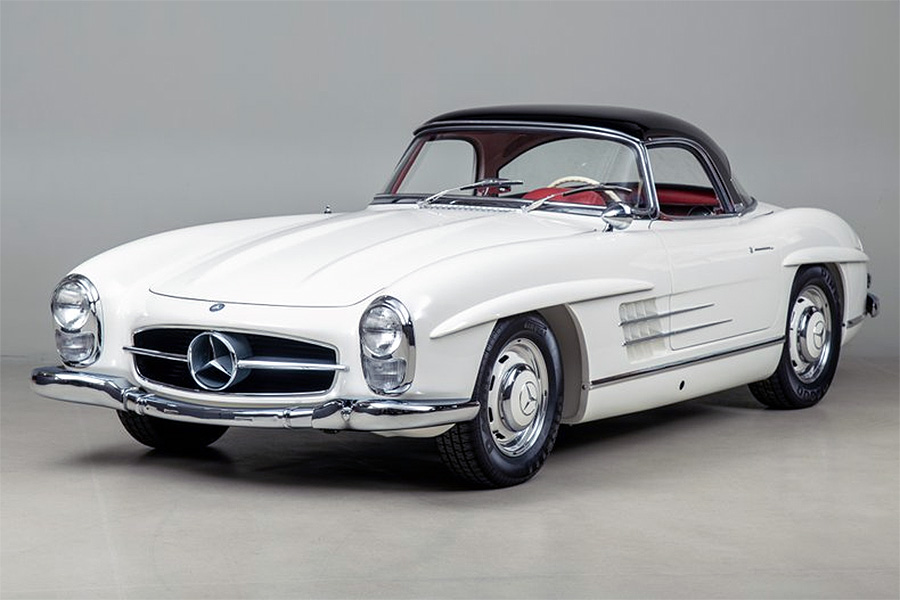