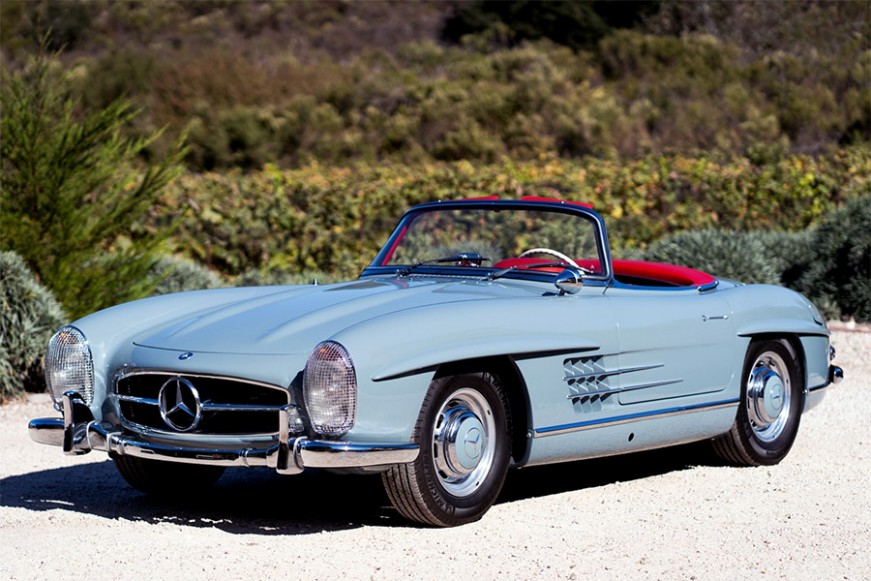 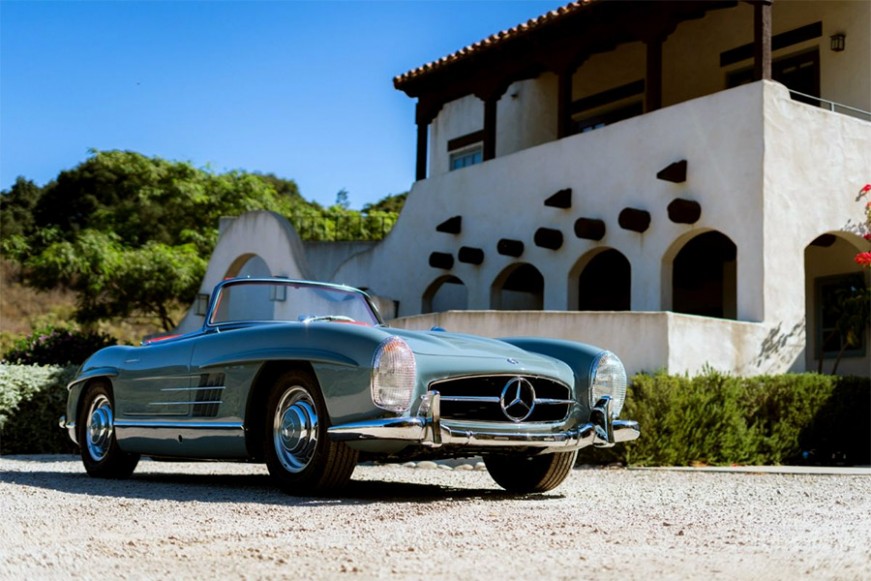 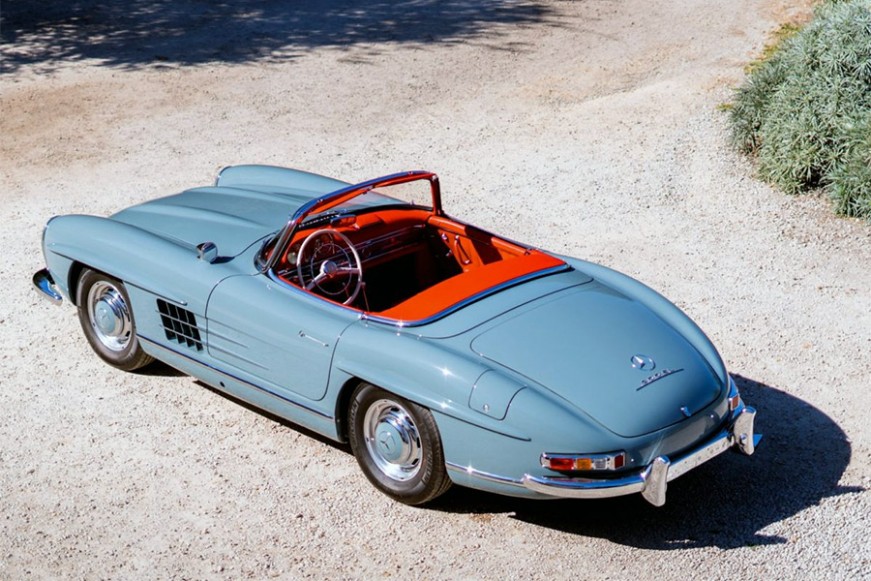 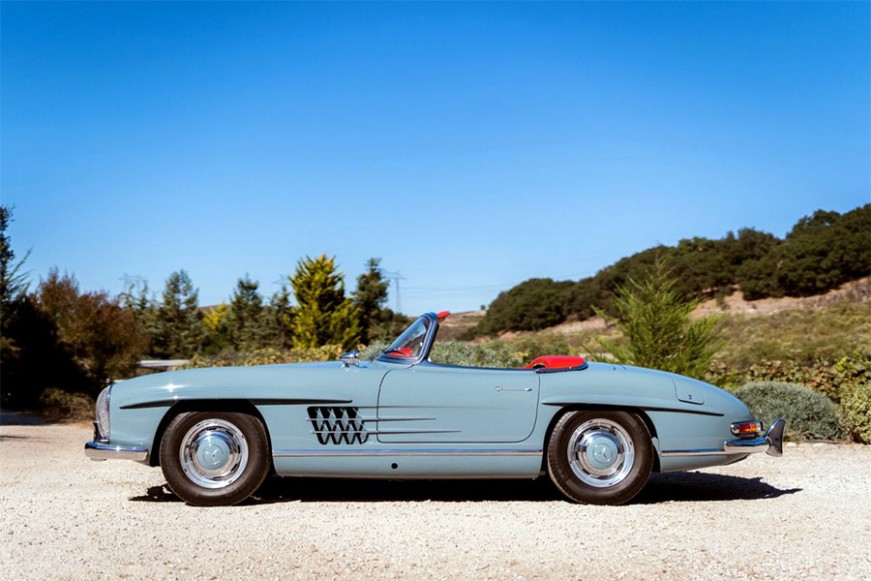 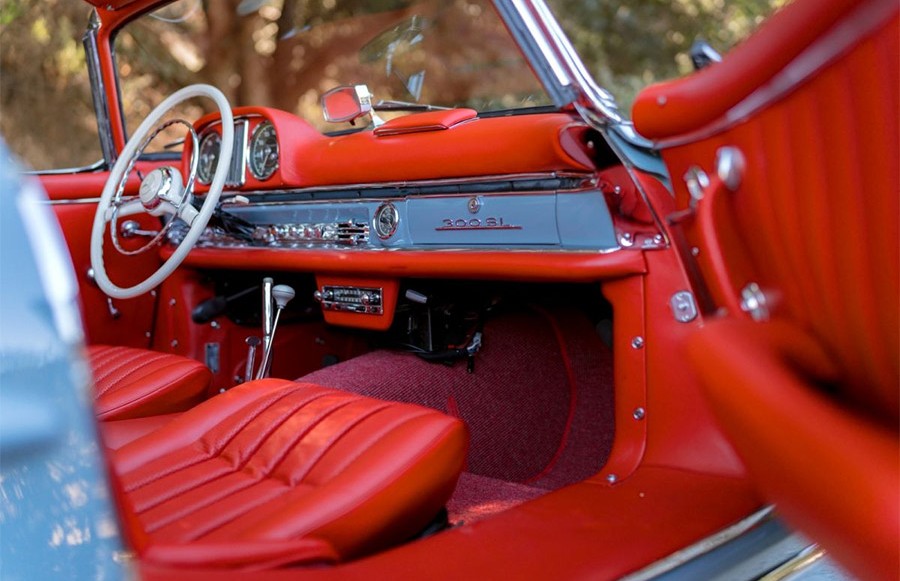 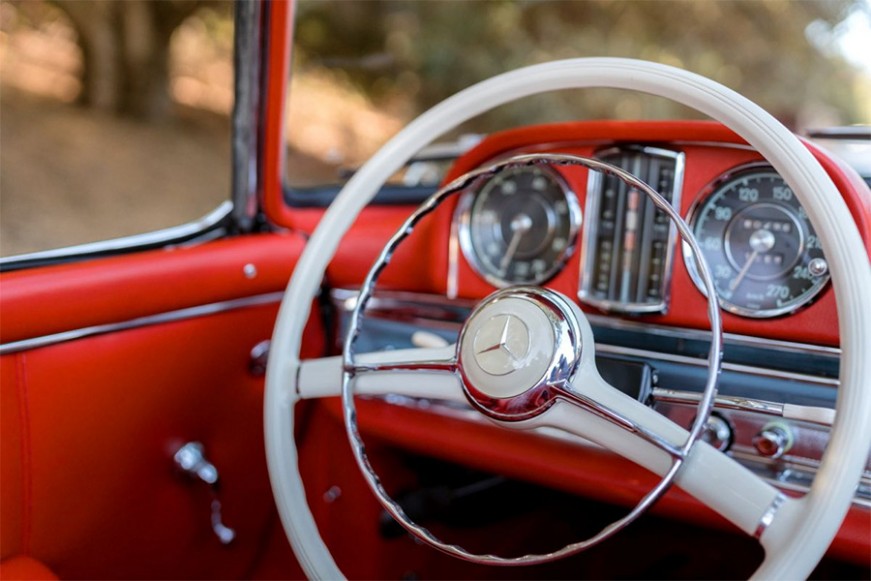 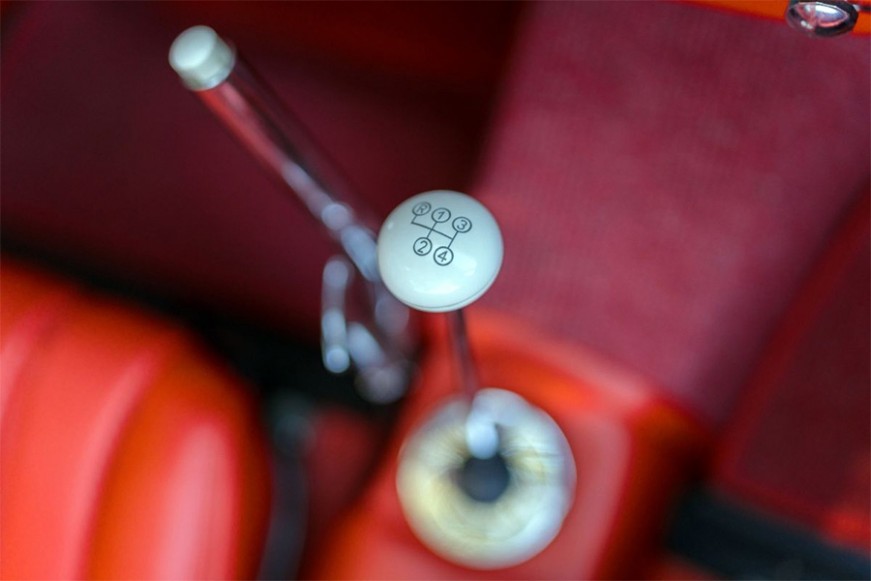 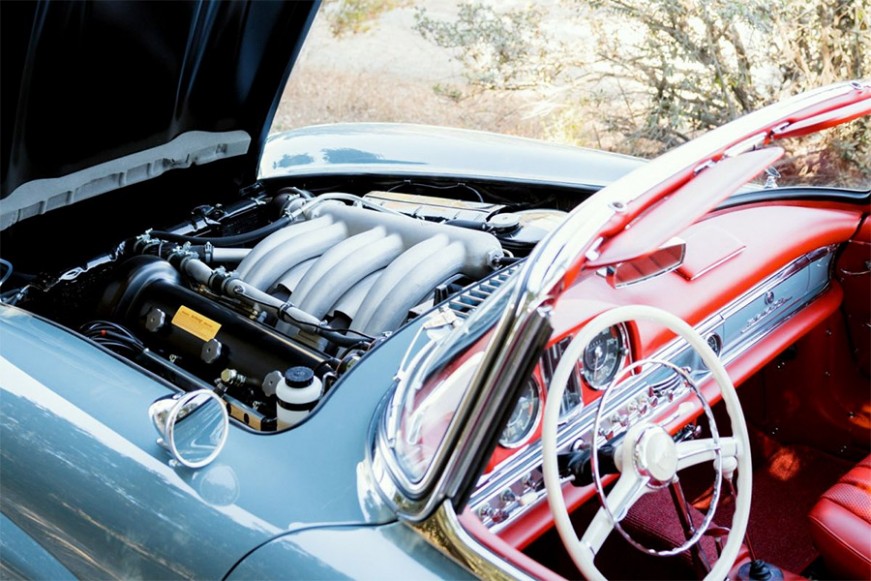 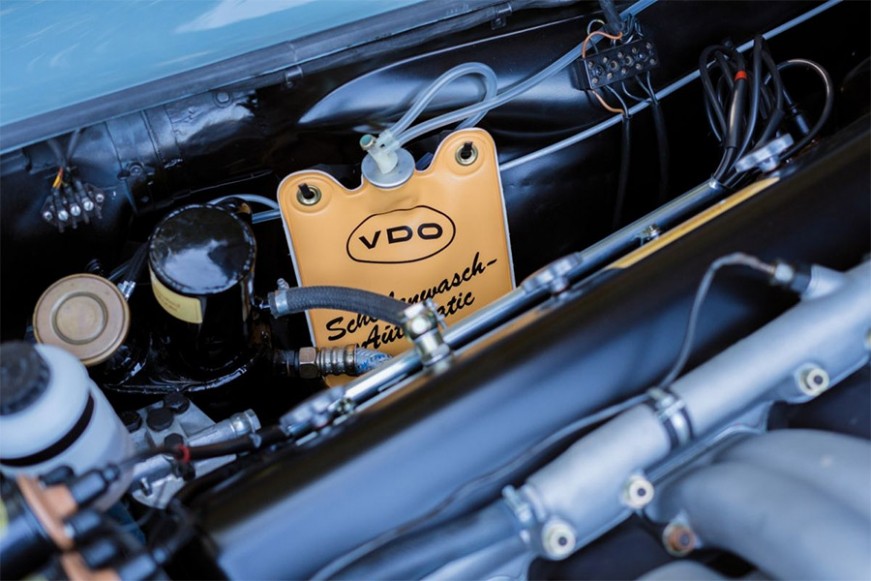 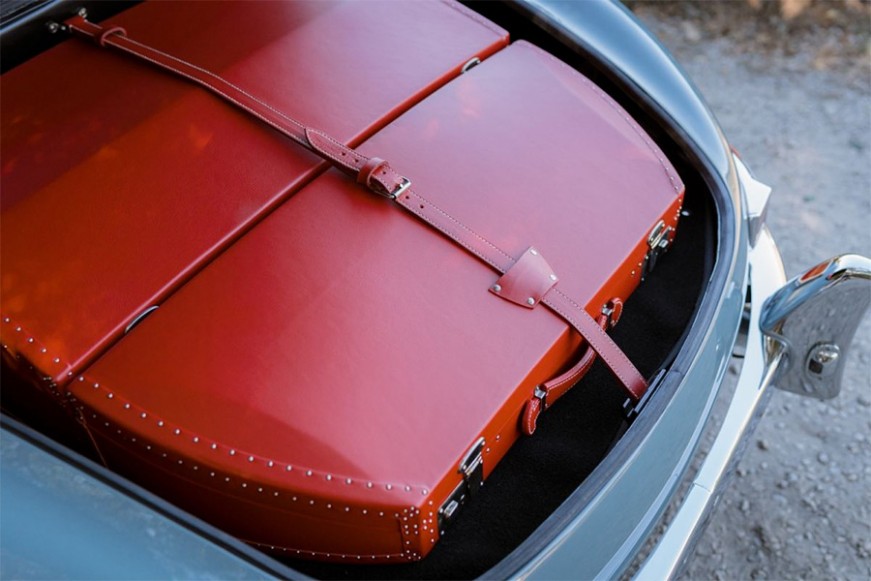 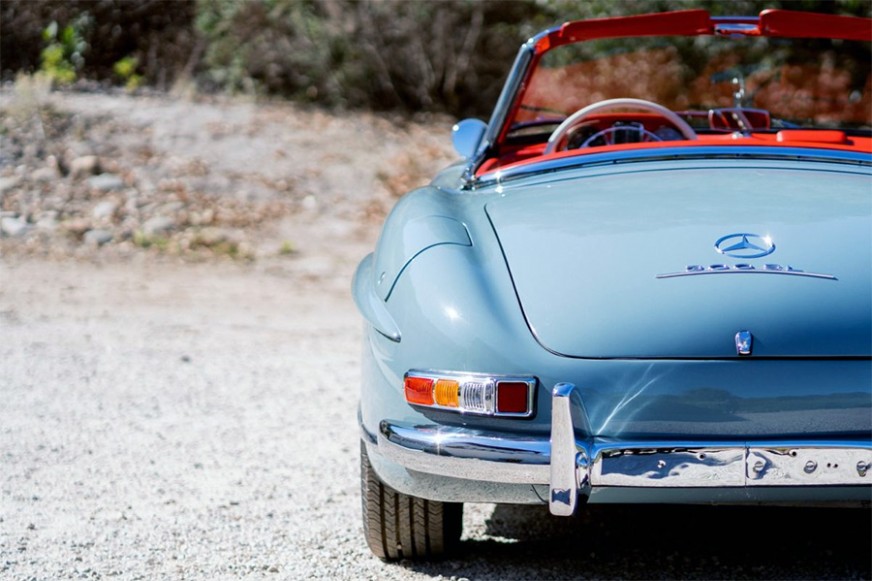 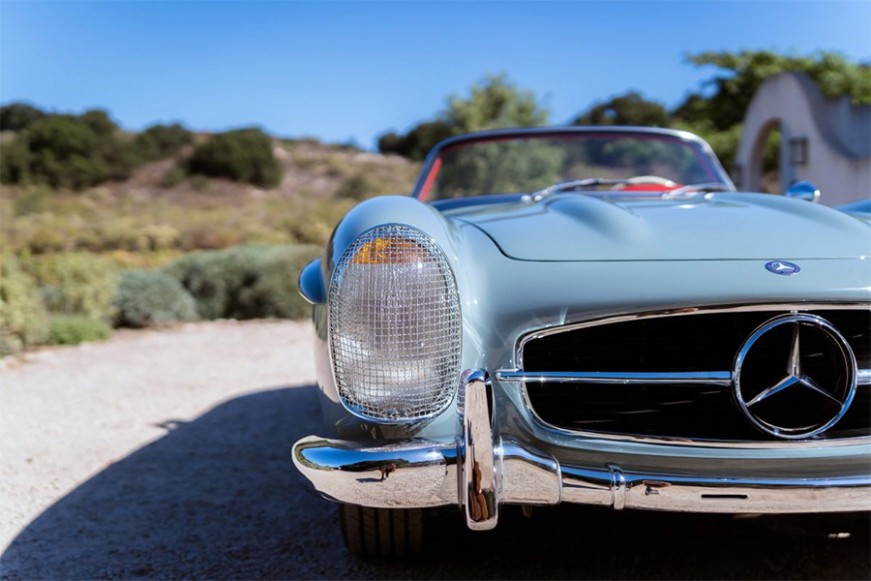 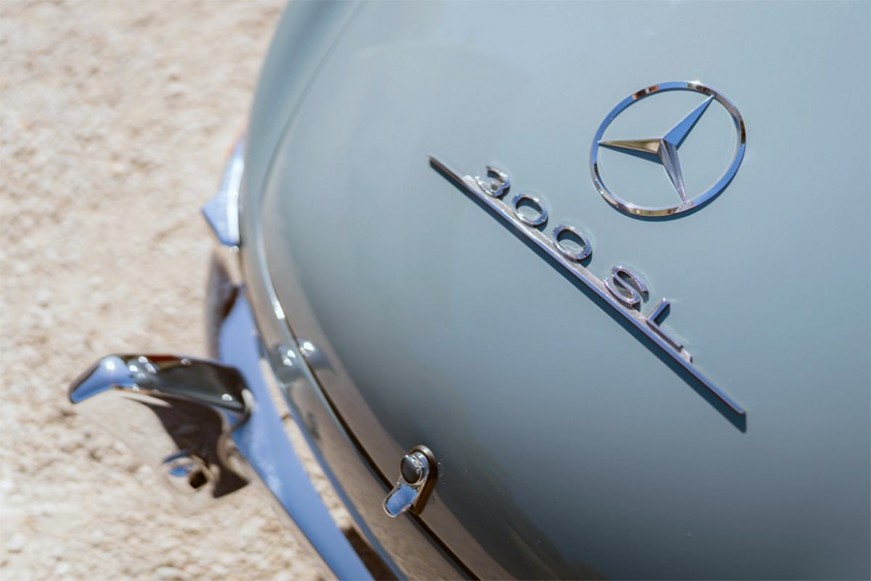 Dispatched from the Mercedes factory on February 24th, 1964, chassis 003207 was a special order vehicle and exceptionally rare as one of only three Roadsters designated as a 1964 model 300SL. Originally finished in Gray-Blue (DB 166) with red leather (203) interior and fitted with factory hardtop, this particular example of Mercedes-Benz’ most famous sports car line was designated from new as a European market car. The Euro headlights came fitted with very rare original stone guard cages along with sport wheels finished in chrome with alloy rims. As one of only 209 out of 1,858 cars delivered between 1957 and 1964 that came equipped with four wheel disc brakes and a factory M 198.III – 198.982 aluminum alloy (light-metal cylinder crankcase) engine, it is the ultimate specification open 300SL.

According to factory and registry records, the car was originally set for delivery to Iran in 1964, and it is confidently assumed that it was to be an addition to the collection of the Shah of Iran. The Shah was a well known owner of many 300SL’s in period, not to mention one of the most notable general enthusiasts of the three pointed star. By 1971, still early in the Roadster’s life, 3207 had made its way across the world to the United States where it was listed as for sale with noted Seattle, Washington based Mercedes-Benz dealer Phil Smart.

In late 1971, the 300SL was purchased from Phil Smart Mercedes-Benz by a long time resident of Bellingham, Washington, who would go on to own chassis 3207 for the next 42 years (1971-2013). Under his ownership, the 300SL would be used in good weather, and driven sparingly enough to accrue just 49,856 miles over four decades. At a certain point part way through this stewardship tenure, an attempt to rebuild the brake systems was halted due to unknown reasons and the car was parked, being stored in the owners garage for the duration of this long term ownership period. With the exception of one repaint over the original with the doors, hood and trunk still attached, the roadster remained as it left the factory in original condition throughout.

In the spring of 2014, with just 80,237 kilometers registered on the odometer (49,856 miles), this 300SL was purchased by a US based collector of classic Mercedes-Benz. Given that the car had already been repainted once decades ago, and in concert with it’s rust and accident free condition, the decision was made to commence a comprehensive restoration. Given its unusually uncorrupted original condition and the rarity of its model year and original colors, 3207 was the ideal candidate for a thorough nut and bolt return to factory and show quality standards.

As shown in the comprehensive restoration photo file that accompanies chassis 3207, when the body was stripped to bare metal and separated from the chassis, the car was found to be impressively straight with all original sheet metal, no signs of corrosion and no signs of undesirable methods of body repair. Also, the chassis, misc parts and mechanical pieces were found to be nearly untouched by time outside of topical wear with no signs of damage or replacement. All fits and connection points were in tact, indicative of a car with all the hallmarks of having never been taken apart.

The car has been finished in the original exterior color of DB 166 Gray-Blue and reupholstered in the original 203 Red Leather. All original chrome bumper and trim pieces have been refinished to the highest standards and a complete set of fitted red luggage was ordered from Germany and fitted for the trunk space. The hard top has been fully restored and painted black and the soft top along with the apparatus has been completely redone to high standards as well. Even the original stone guard cages that have spent their life with the car have been restored and fitted back to the headlights to add additional flair to this already rare and very late delivery Mercedes 300SL.

The factory Mercedes aluminum alloy engine in the car retains its original engine tag and is correctly stamped per the factory data card with number 198982.10.000124 near the injection pump on the block itself. This stamping location indicates that there was a factory short block replacement installed very early in the life of chassis 3207 and under warranty. These factory replacement aluminum short blocks installed under warranty included more robust upgrades to ensure future performance, reliability and eliminate driving worry. At the time of the refitting of new factory upgraded engine components, the original tag was transferred to the new short block, the final six numbers were stamped into place for record keeping and the replaced block would have been boxed and sent back to Mercedes-Benz in a process of direct exchange under warranty. Due to the alloy block engine component instability under high stress, it is widely understood that an estimated 100-150 of the 209 original alloy block 300SL’s received short or long engine block replacements in period and under warranty. The engine is further documented with a factory stamping of September 17th, 1965 which indicates a casting date for the short block installed.

The decision was made to perform a full engine rebuild during the restoration to ensure long term usability. The engine bay itself has been completely and correctly refinished and is a fitting compliment to the rigorous attention applied to the finishes of the exterior and interior surfaces. During the 18 month restoration, everything in the process of this 300SL’s restoration was done to the highest of standards. Every nut and bolt has been attended to, with all surfaces finished to enviable show quality levels and all mechanical components operating as originally intended. The undercarriage has received the same attention as the top surfaces, leaving a completely show ready restored car with no miles or wear beyond testing.

As one of only three 1964 examples delivered at the absolute end of the 300SL era, this car is an unusually rare Mercedes-Benz on many levels. For the Mercedes-Benz connoisseur or collector of historically relevant cars, chassis 3207 is a benchmark example of one of the most famous sports car lines ever. 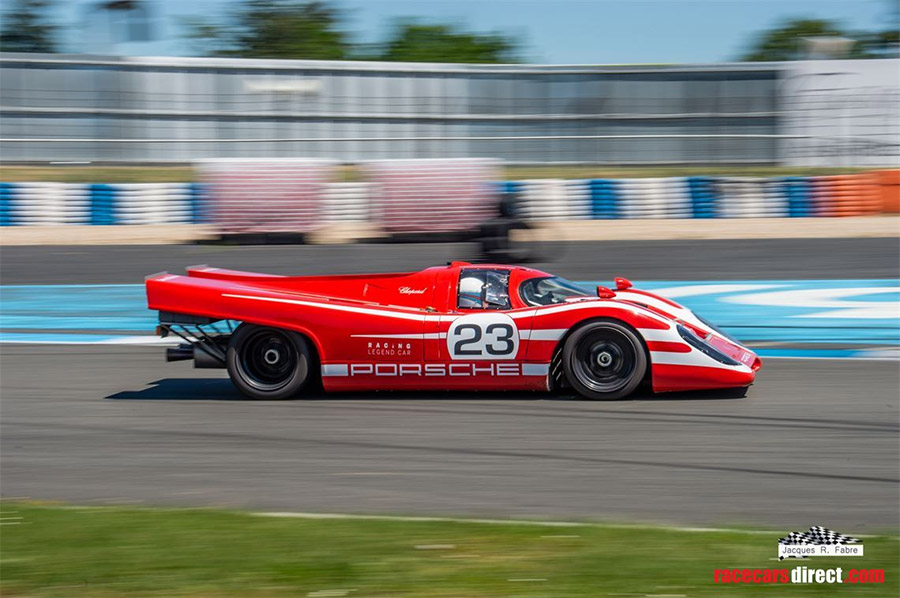 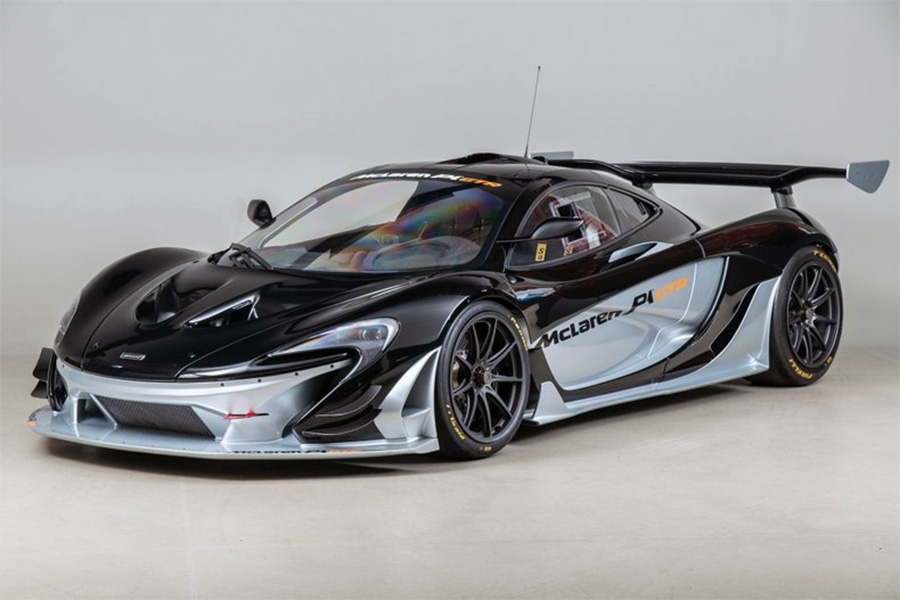 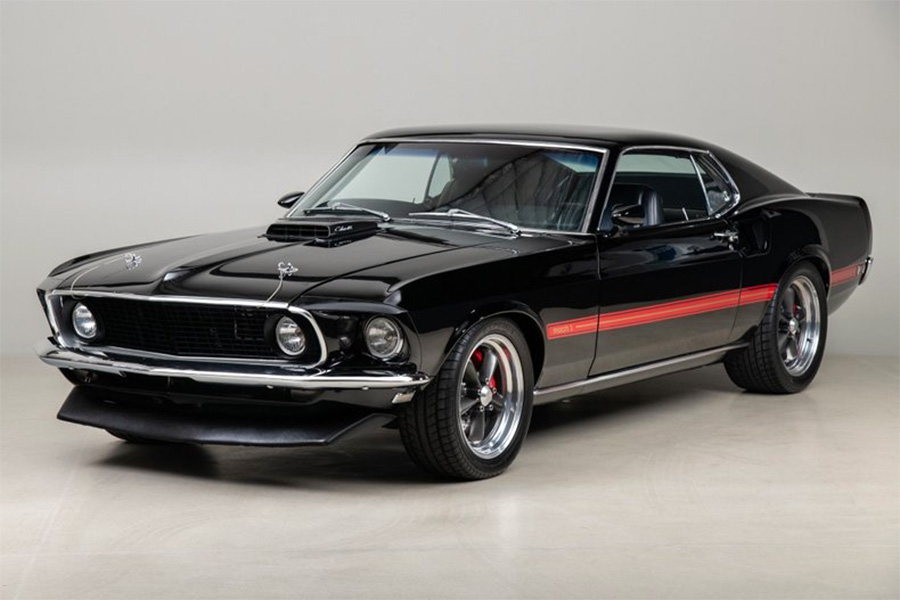