By: Kevin Ehrlich | Photos Courtesy of: The Speed Journal 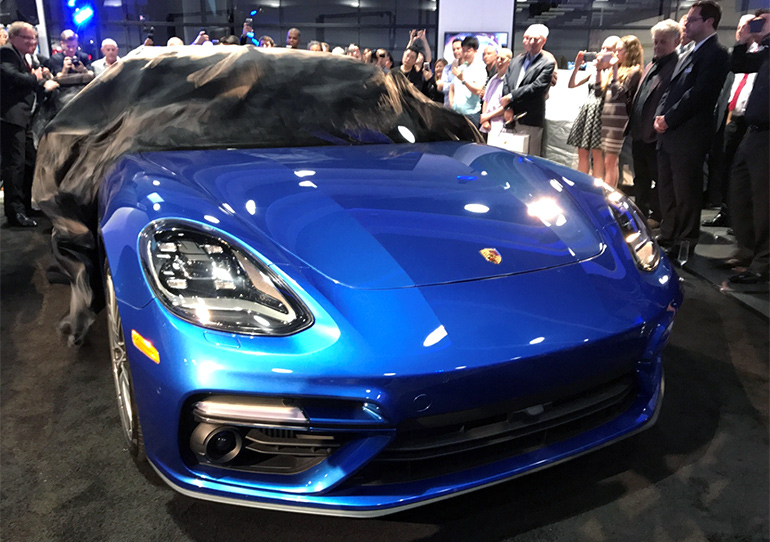 Not that Porsche owners and enthusiasts need an excuse to gather, but the opportunity to take a close look at the 2018 Panamera model range before it officially hits showrooms recently brought The Auto Gallery and its friends together at the Porsche Experience Center in Carson California.

Jeff Francis joined to represent The Speed Journal for the Thursday evening event. Like any Los Angeles premier, the facility featured a red carpet at the front door to welcome guests, as well as spotlights on the new and improved Panamera and the guests of honor. 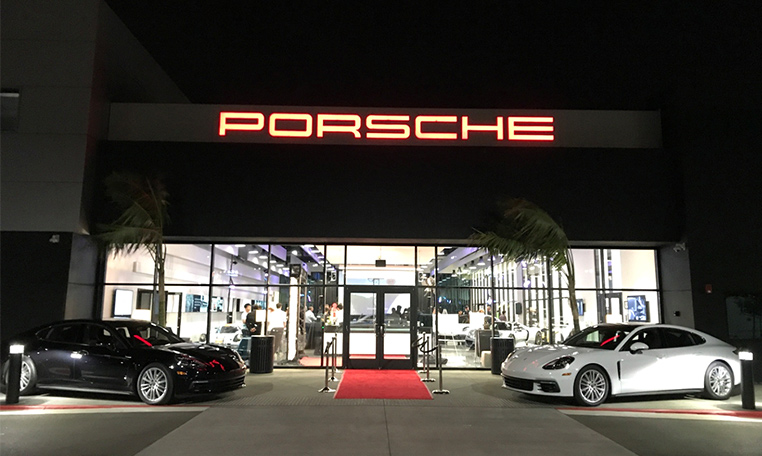 The Porsche Experience Center, located in Carson just off the 405 freeway, opened in November 2016. It is the second U.S. Porsche “experience center.” The first, in Atlanta, sits within close proximity to the Atlanta Hartsfield airport and opened in May 2015. Los Angeles is the fifth Experience Center world-wide (the other non-US locations are Leipzig in Germany, Silverstone in England and LeMans in France) which means that Porsche has poured the lessons learned into the Carson facility.

Why Los Angeles? California is an enormous market for Porsche. The U.S. accounts for approximately 23% of all Porsche sales worldwide. About a quarter of those were sold in California.

Additionally, Porsche Motorsport North America in Santa Ana, open since 1997, was scheduled to transfer to the Experience Center once it opened. Other factors included proximity to its loyal customer base and major airports, and Porsche’s parts distribution facility in Ontario, California.

With 53 acres and USD$60 million to work with, Porsche built infrastructure to serve a variety of purposes. The exterior grounds were designed for the primary reason most guests visit: the two dozen driving experiences that are available to enjoy. Porsche has laid out ribbons of asphalt and concrete to create a wide variety of different track options and configurations. A swipe of your credit card gets 90 minutes of fun in almost any Porsche from the current production line-up. An instructor will take you through a variety of performance modules to test acceleration, braking and car control. 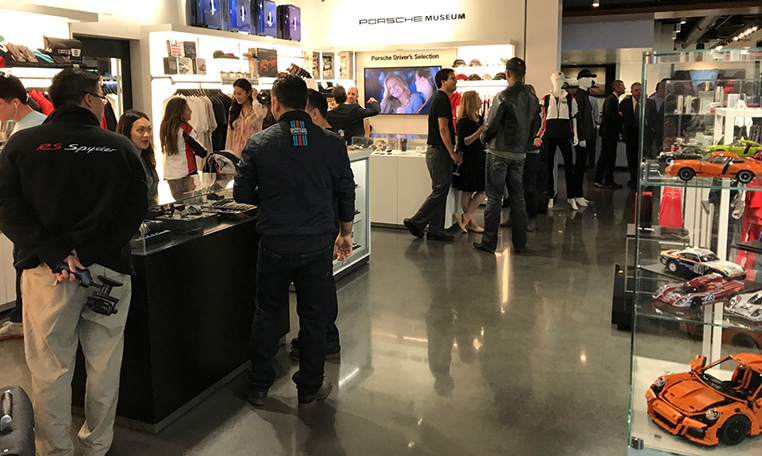 Likewise, the Center’s interior was designed to accommodate multiple functionalities. The large entry permits a rotating selection of current and historic Porsche models to view. There is a fitting lounge for customers to customize a new purchase using the limitless Porsche options, color combinations and other personalized features. There are two restaurant options: a bistro called the Speedster Café, and a more formal restaurant on the second level called Restaurant 917. For those interested in shopping there is a boutique replete with Porsche clothing, die cast models and other Porsche merchandise. The facility also has a variety of meeting rooms, and a Human Performance Center which will be used to test and train drivers who pilot the Porsche race cars in competition.

The interior also houses Porsche Motorsport North America, but it is not hidden. Quite to the contrary, a large glass wall allows visitors in the main display hall to see the current and vintage Porsche race cars in various states of service. 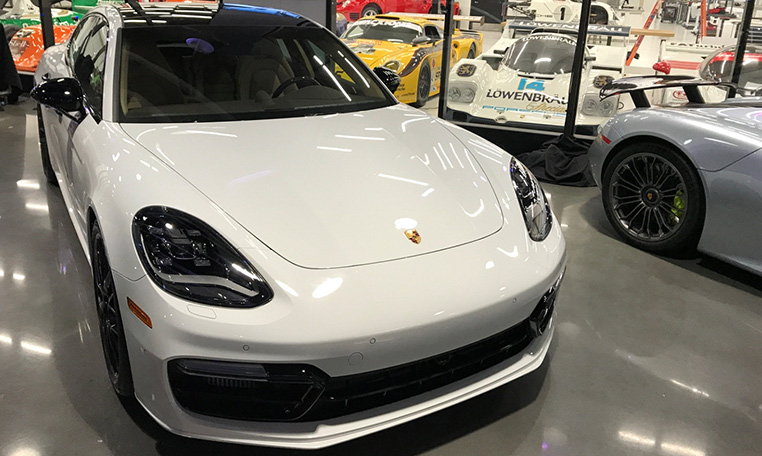 The main display area also serves as the ideal location for events like the Panamera party. The backdrop of and company of significant Porsche race cars is no accident. Porsche very clearly wants to make the direct link between its performance and racing heritage and the capabilities of the Panamera.

When the Panamera was launched in 2009, Porsche’s marketing slogan was “Four, Uncompromised.” The reference is to the Panamera’s four doors and four seats and the objective to avoid compromising the sports car heritage for the sake of the additional passenger room. Print and video ads showed a Panamera along with significant racing and road cars from Porsche’s long history. In fact, one of the actual cars featured in that poster – the white and blue Lowenbrau Porsche 962 was on display in the PMNA service bays for the Panamera party.

Just like building the Cayenne SUV in 2002, building a four-door sedan was a departure from Porsche’s sportscar heritage. The Cayenne’s commercial success clearly gave Porsche confidence that buyers would want a performance sedan that combined space for four passengers and luggage but didn’t make compromises in the process. 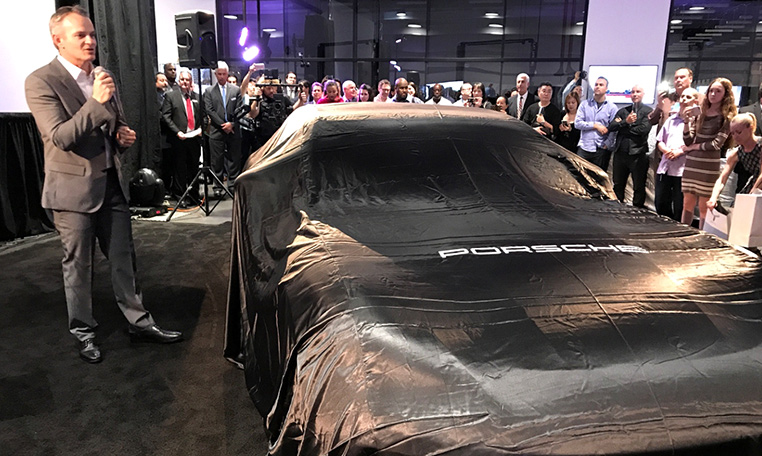 The theme for the evening was courage changes everything. This has been a theme for the last several years as Porsche has sought to continually refine, enhance and improve the Panamera platform. Many aspects of this evolution of the 2018 model aren’t immediately obvious, but the most visible change to the eye is sharper rear styling.

After a video and some welcoming words by Porsche Vice President of Marketing of Porsche Cars North America Andre Oosthuizen, the covers came off and guests got a closer look. No ropes limited access, so many guests climbed in, opened doors and examined the luggage compartment. Naturally, since Porsche is a performance car company and the facility is designed to provide guests with an “experience,” the instructors from Porsche Experience Center gave guests rides in the new Panamera. Instructors steered through the darkness with pace while giving a rolling tour of the Panamera’s features.

A DJ provided the soundtrack as guests mingled and enjoyed glasses of champagne and finger foods. A bank of driving simulators gave guests a chance to match their skills against the machine and their friends. At the end of the evening, happy raffle winners took home goodie baskets.

A highlight for the guests was a close look at a 1969 Gulf Porsche 917K. Powered by a massive flat 12-cylinder engine, the 917 was raced in various body configurations and liveries, but the blue and orange 917K is one of the most iconic due to the 1971 movie “LeMans” starring Steve McQueen. This particular model underwent a comprehensive restoration by the Porsche museum a few years ago and has been on display at the Porsche Experience Center since it opened.

The main Porsche factory museum in Stuttgart generously makes cars available to other museums and vintage racing events across the world for display, showing the cars off to an audience much wider than those that travel to Germany for a visit.

When a new model year brings the latest evolution of a member of the Porsche family, a party is in order. The Speed Journal greatly appreciated the opportunity to celebrate the Panamera’s growth along with friends at Porsche and The Auto Gallery. 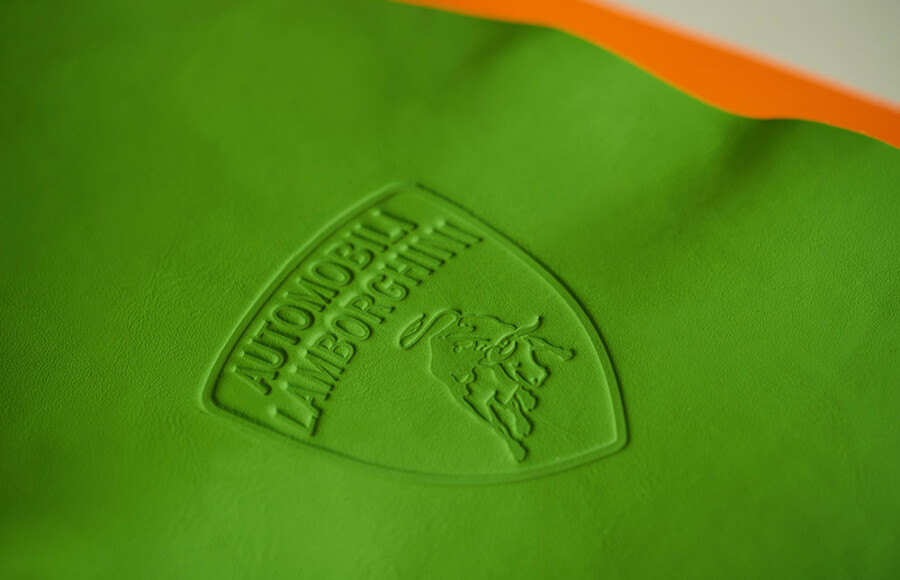 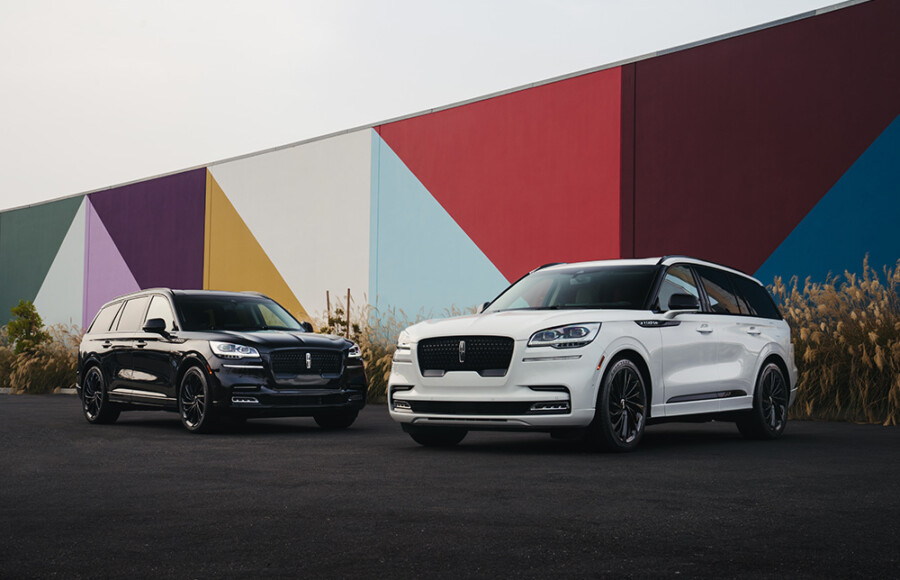 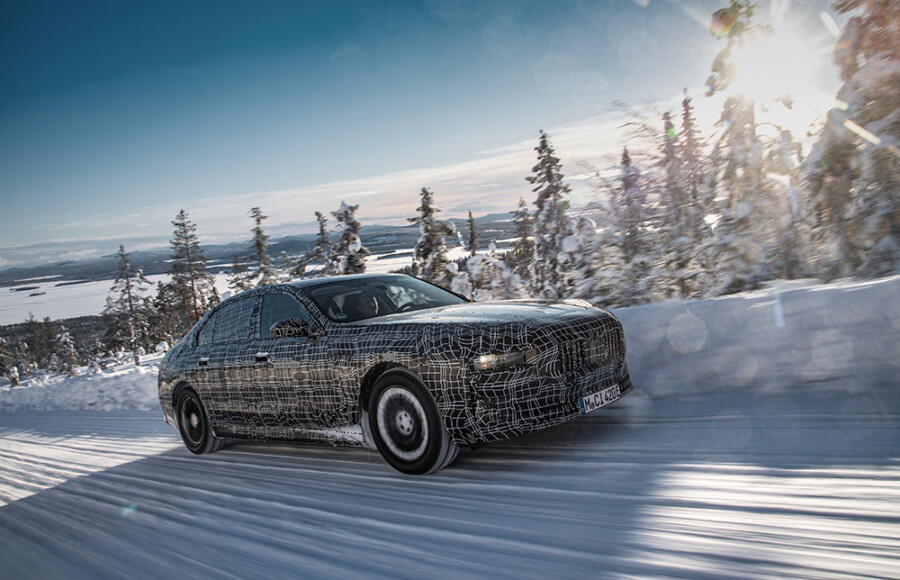 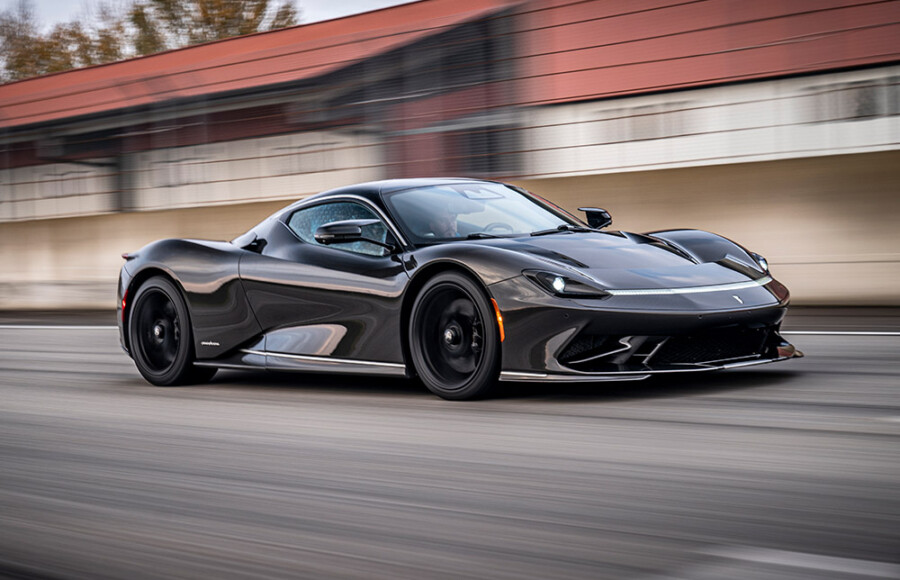 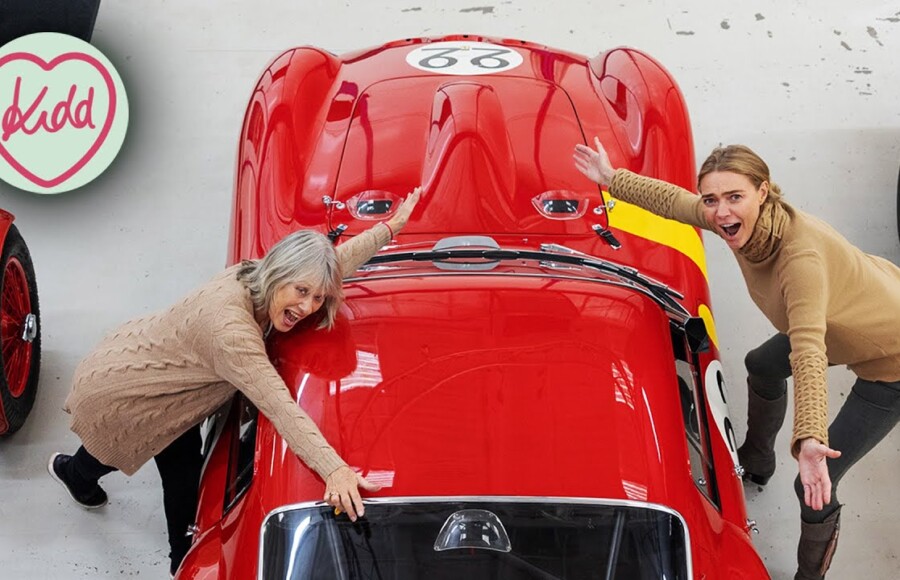 Taking a Ferrari 250 GTO & Daytona Competizione for Lunch! | Kidd in a Sweet Shop 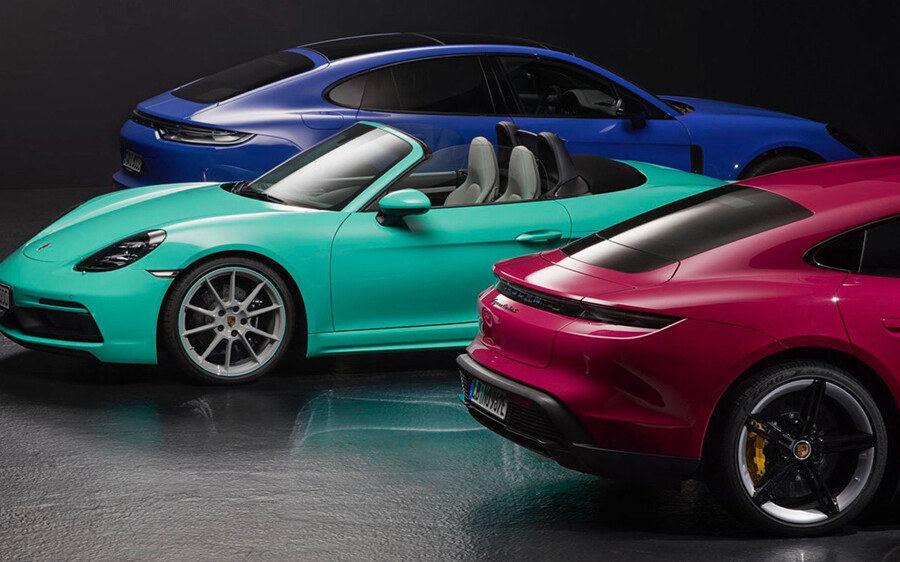