By: ENEOS | Photos Courtesy of: ENEOS 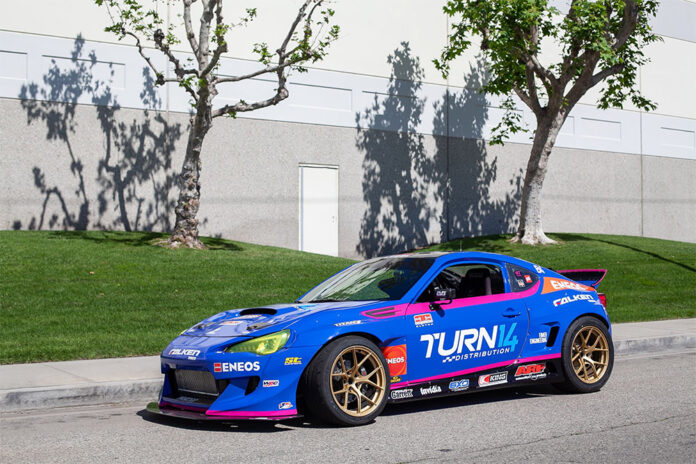 Japan’s largest oil company and supplier of motor oil and transmission fluids to the majority of Asian vehicle manufacturers – is pleased to announce it will again support Japanese driver Daijiro Yoshihara in the Formula DRIFT PRO Championship. A week before the opening round at Michelin Raceway Road Atlanta, ENEOS and Dai are marking the fifth year of their motorsports partnership, although Dai’s connection to the brand dates back to when he worked at an ENEOS gas station as a young man in his native Tokyo. Rising to become the 2011 Formula DRIFT Champion, Dai continues to be among the top drivers in the sport he’s been committed to since its inception in 2003.

In addition to his Formula DRIFT duties, Dai is involved in a number of other disciplines, including circuit racing, Time Attack, and hill climbs. For 2021, ENEOS will again support Dai’s third attempt at the Pikes Peak International Hill Climb. The Evasive Motorsports team has revealed it’s devloping a Tesla Model 3 for the event in an effort to add to their 2020 Unlimited Class victory with Dai driving a Toyota 86.

ENEOS will also be backing Dai and Evasive Motorsports in a number of Time Attack events this year and we’ll release more details about the car and events in due time.

For 2021, the Turn 14 Distribution / Falken Tire / ENEOS Oil Subaru BRZ driven by Dai in the Formula DRIFT PRO Championship has a new livery. The color scheme and logo placement was designed by Dai and artist Jon Sibal. The pair collaborated in 2020 for the livery on Dai’s Mercedes-Benz 190E project car and the BRZ is the first time they’ve partnered on his competition car. They took inspiration from both the Calsonic R32 Skyline GT-R and Subaru Impreza STI to create the blue and pink color scheme.

Under the skin, the Turn 14 Distribution / Falken Tire / ENEOS Oil Subaru BRZ is tried and tested in Formula DRIFT competition. As such, it didn’t require a great deal of updates for 2021 but did receive a new six-speed sequential 6XD transmission to improve acceleration and durability. The team also fitted a Motec instrument display, allowing them to add more engine sensors to monitor engine performance and health, again in the interest of reliability.

Besides these additions, the engine was rebuilt, new cores fitted in all the coolers, as well as new suspension arms. At the rear, a new subframe was fabricated to provide additional ground clearance.

“ENEOS has been a major part of my program for many years, and I’m super-excited about having an another great season with them, not just in Formula DRIFT but also returning to Pikes Peak and a new Time Attack program. I can’t thank everybody at ENEOS enough for their continued support, especially during the tough times we’re all dealing with.”

As for ENEOS, they are extremely happy to continue their relationship with the Formula DRIFT fan favorite: “We’re honored that Dai will continue to work with ENEOS for all the lubrication needs for his engine and transmission,” said Keisuke Yokochi, Chief Marketing Officer at ENEOS USA. “Working with partners in world-class motorsports series such as F1, NASCAR, Super GT, Rallycross, Formula DRIFT and more has allowed ENEOS to develop not only the most efficient and protective oils for racing teams and drivers, but also contributes to the protection and performance of our oils for road cars, which benefits everybody.”