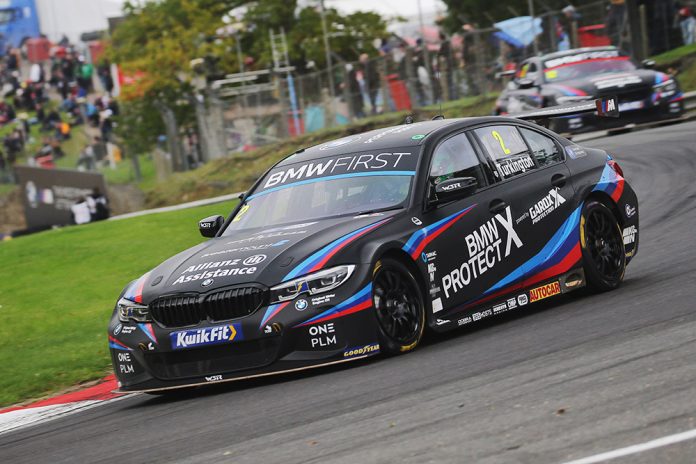 BMW made British Touring Car Championship history on Sunday by winning an unprecedented sixth consecutive Manufacturers’ title on a thrilling day of racing that ended the 2021 season.

The landmark achievement surpasses the previous record set in 2005 and then equalled by BMW last year to further enhance the status of the BMW 3 Series as touring car racing’s most iconic model.

It came on a day when Colin Turkington secured the runner-up spot in the series, ensuring that he has finished either first or second in the BTCC Drivers’ points every season since joining the rechristened Team BMW in 2017.

Through 2021, BMW were the top-scoring Manufacturer in 16 of the 30 races and were never headed in the Manufacturers’ points after taking over the series lead at the second round of the season at Snetterton in April.

Team BMW led more laps (179) than any other team across the year, with all three drivers contributing to this number and Turkington’s 107 in front being the highest amount achieved by anyone.

Turkington secured the Goodyear Wingfoot Award at Brands Hatch for ending the year as the series’ best qualifier for a second year running while he, Oliphant and Jelley combined for a total of five wins, 14 podium finishes, two pole positions and four fastest laps.

Richard Price, Director of Aftersales, BMW UK, said: “On behalf of everyone at BMW, we would like to thank Colin, Tom, Stephen and everyone at Team BMW for their incredible efforts in 2021, ultimately securing a record-breaking sixth consecutive BTCC Manufacturer’s title. Achieving this feat for six years in a row is testament to the capability of the 330i M Sport as well as WSR’s passion, dedication, and persistence.”

Dick Bennetts, Team BMW Team Principal, said: “We’ll always remember 2021 as the year we helped BMW make history as the first winner of six consecutive BTCC Manufacturers’ Championships. It’s an honour to represent BMW on the track and on behalf of WSR I’d like to thank BMW UK for their incredible support of our team over a number of years. You can only build a first-class touring car if you have a first-class production model to base it on and the BMW 3 Series, with its excellent chassis and engine is the perfect place to start.”

The BMW Concept XM – Power and Luxury Beyond all Conventions

BMW i Ventures Announces Investment in Battery Startup Our Next Energy